There is no single "gay gene" — but same-sex behavior is totally natural, study finds. Will homophobes get that? 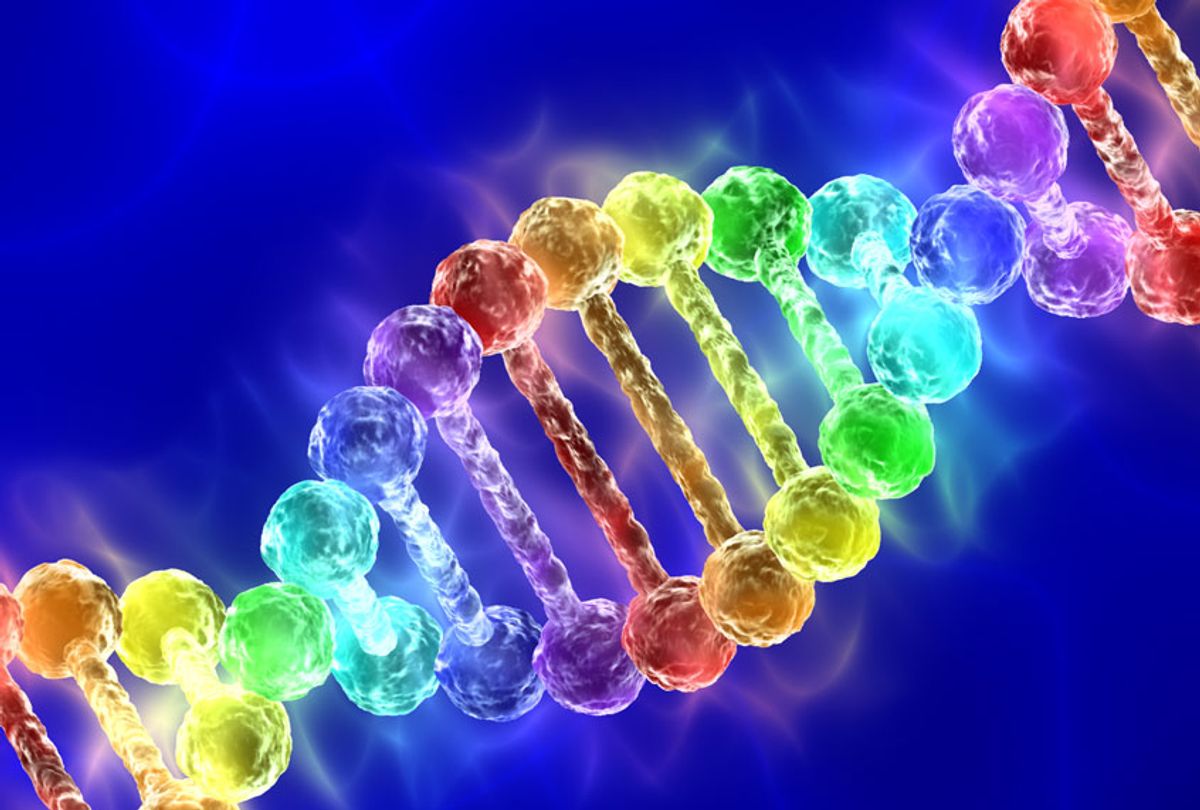 A new study published on Thursday has invalidated the idea that there is a singular “gay gene” that influences behavior and sexual orientation. Rather, according to the study, there are a multitude of genetic variants, each of which have a small effect. Since environmental factors are also at play, according to the study, researchers say there is definitive degree to which nature or nurture influence same-sex relationships.

The international team behind the research says they hope the study, which was published in the journal Science, will help normalize same-sex relations. It is the largest study to analyze the genetics of same-sex sexual behavior.

“I hope that the science can be used to educate people a little bit more about how natural and normal same-sex behavior is,” Benjamin Neale, a geneticist at the Broad Institute of M.I.T. and Harvard and one of the lead researchers, told the New York Times. “It’s written into our genes and it’s part of our environment. This is part of our species and it’s part of who we are.”

“This new study provides even more evidence that being gay or lesbian is a natural part of human life, a conclusion that has been drawn by researchers and scientists time and again,” Zeke Stokes, the GLAAD chief programs officer, said via The Wall Street Journal. “This new research also reconfirms the long established understanding that there is no conclusive degree to which nature or nurture influence how a gay or lesbian person behaves.”

The study parsed data from more than 470,000 people within the UK Biobank project, a resource for researchers funded by the National Institutes of Health and other agencies and 23andMe. Of those surveyed, four percent of men and three percent of women said they had same-sex sexual experiences. Researchers said they did not focus on identity or orientation. They did not include transgender individuals.

Researchers found that genetics does play a role in sexual orientation to some extent: They estimated that one–third of the probabilistic influence on whether someone has same-sex relations emerges from a slew of genes. The remainder is determined by environmental factors. Yet gene markers alone cannot be used to predict a person’s sexuality.

“The genetic effects that differentiate heterosexual from same-sex sexual behavior are not the same as those that differ among nonheterosexuals with lower versus higher proportions of same-sex partners, which suggests that there is no single continuum from opposite-sex to same-sex preference,” the authors of the study asserted.

The study generated much debate and concern prior to publication. Some feared that the research would cause anti-gay activists to call for gene editing. Others feared that the study might be misunderstood as saying genetics were not involved whatsoever in homosexuality, giving ammunition to homophobes who believe sexuality is a choice.

“I deeply disagree about publishing this,” Steven Reilly, a geneticist and postdoctoral researcher who is on the steering committee of the Broad Institute’s LGBTQ affinity group, Out@Broad, told The New York Times. “It seems like something that could easily be misconstrued.”

“In a world without any discrimination, understanding human behavior is a noble goal, but we don’t live in that world,” Reilly added.

Meagan Olive, a research associate at the Broad Institute, wrote in an opinion essay about the study that the perception of the study “will have a more immediate and harmful impact than the findings presented within as we are in a media-based society with a short attention span and the full capacity to weaponize good science.”

“It is for this reason, and many more that my colleagues will outline in greater detail, that I am not satisfied with the authors’ justification for performing this study; they are ultimately jeopardizing the perception and safety of the LGBTQIA+ community,” Olive wrote.

Joe Vitti, a postdoctoral researcher at the Broad Institute, in one essay said he struggles “to understand the motivations behind a genome-wide association study for non-heterosexual behavior.”

“I have yet to see a compelling argument that the potential benefits of this study outweigh its potential harms,” Vitti wrote.

However, given the rise of genetic data and using it to associate genomes with human traits and behavior, some researchers of the study said such a study was long in the works, and argued it was best left in the hands of ethical researchers.

“It was inevitable that this [study] was going to be done,” Dr. Neale said, according to the Wall Street Journal. “I thought it was important that we do it in a way with multiple scientific expertises and advocacy groups because that actually enriches the science and hopefully improves public communication of the work.”