If you're not caught up on "The Deuce" and "The Good Place" before their season premieres, start watching now 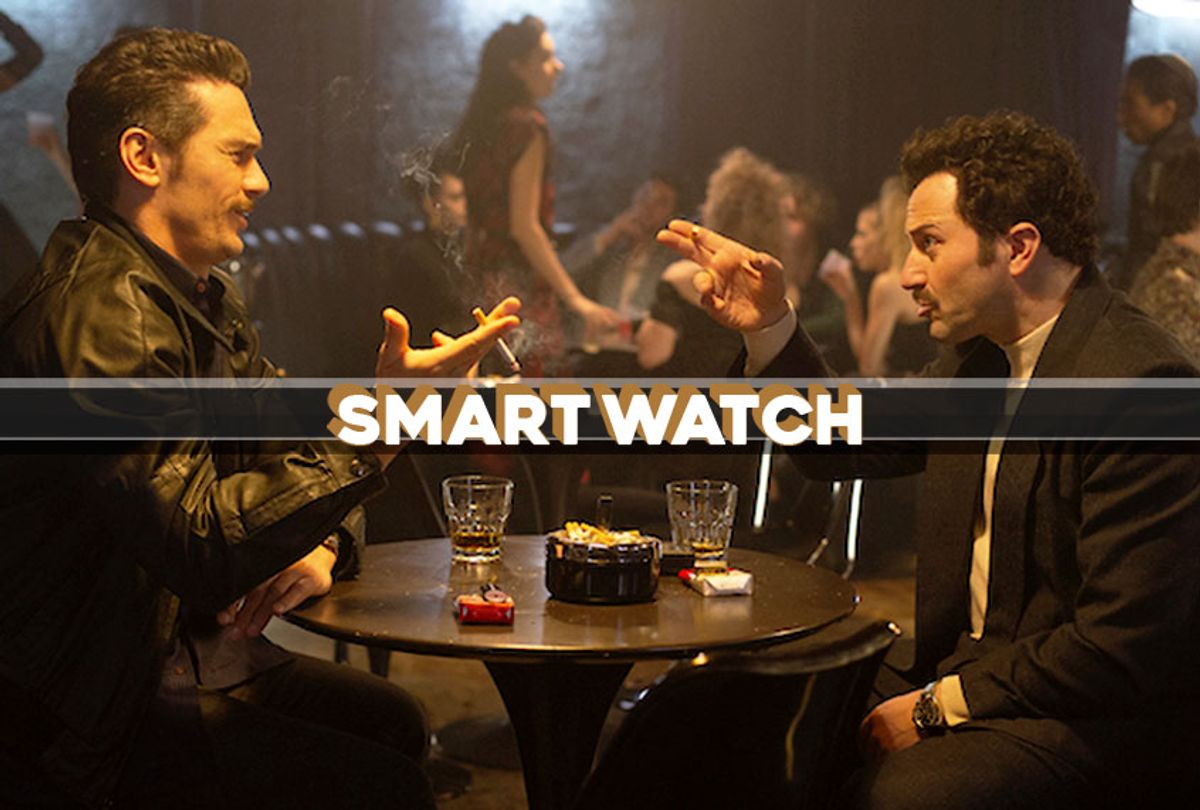 James Franco and Daniel Sauli in "The Deuce" (HBO/Paul Shiraldi)
--

Labor Day weekend likely means your friends are headed out of town for one final summertime hurrah, or your relatives are lighting the grill for a cook-out, and how dandy for them. You, my TV dedicated friend, have other missions to complete, all of which involve a whole lot of reclining and comfortable snacking. For as you may be aware (or maybe you’ve forgotten?) September brings a whole lot of new shows to the schedule, as well as a ton of returning ones.

As if that isn’t enough, within the next month and change, three very important TV-related films are making their debut. You’ve probably heard about the impending arrival of “El Camino: A Breaking Bad Movie,” coming to Netflix on October 11, yes? Before that comes the “Downton Abbey” movie, hitting U.S. theaters on September 20. And before that — as in Monday at 6 p.m. on Cartoon Network — comes “Steven Universe: The Movie.”

Nobody needs to tell you that a few re-watches may be in order prior to the movie premieres. Luckily for you, the one that’s looming closest, “Steven Universe,” also happens to be the star of a weekend-long marathon on Cartoon Network, starting at 6 a.m. and running through 8 p.m. on Saturday and Sunday, with Monday’s 6 a.m. start time culminating in the movie debut.

So you can strap in and watch all weekend long or do a selective catch-up on Hulu.

“Steven Universe” is more loosely serialized compared to “Downton Abbey,” but fortunately you have a few weeks to chew through those, which are streaming on Amazon Prime. But you can also watch by way of the PBS Passport subscription, allowing you to stream any PBS series for a monthly fee which, in addition to supporting your PBS member station, also happens to be tax deductible. Just saying.

You have even more time to re-familiarize yourself with “Breaking Bad,” which is available to stream on Netflix — but that will give you less time to cram on TV series that are currently in production and returning this month. With that, here’s a selective guide on the most worthwhile series to revisit before they return to our regular schedule.

The second season, in which Maggie Gyllenhaal’s Candy rides the wave of porn’s mainstreaming to wide success and financial benefit, but at tremendous personal cost, still hits hard but isn’t as rough around the edges. All of the women in this series deliver incredible performances, but it’s Candy who illustrates the price women breaking into a man’s world often pay for innovating and perhaps doing their job too well.

Per tradition, few details about this new season have been released as of yet, save for the news that series regular Evan Peters won’t be appearing in it, and previous “AHS” regular Sarah Paulson may only recur — or have a cameo. Nearly every “AHS” installment tells a mostly unique story save for the crossover storylines of “Apocalypse” — which, sadly, is not yet available to stream on the aforementioned platforms. But this season hints at paying tribute to 1980s slasher films, which should be fun.

Stepping away from this cry factory of a drama is understandable — we can only take so much weeping nowadays, but when we do, we miss a few key carrots and thoughtful examinations of what it means to commit to other people. A main focus of season 3 is Beth and Randall’s marriage, which veered onto shaky ground until Randall finally noticed all the ways that he made his family’s needs secondary to his desires, even if (by his reckoning) he wasn’t doing that intentionally.

There’s time to watch all of season 3 before the premiere, but a glimpse at the finale, which stands as a mild reset of sorts, is obligatory.

I offer this title as a pure pleasure binge option, since a person really doesn’t require much of a backstory to understand what’s going on, other than knowing Mac (played by series creator Rob McElhenney) finally admits he’s gay in season 12. Which changes very little about the character, honestly. That said, the 13th season finale is a not-to-be-missed creative masterpiece, featuring a jaw-dropping five-minute dance number — a very serious one — that Mac uses to come out to his father. That is currently streaming on Hulu and well worth a look.

Oh, and there’s another reason to mark the 14th season premiere — with this run of episodes, “It’s Always Sunny in Philadelphia” overtakes “The Adventures of Ozzie and Harriet” as the longest running live-action sitcom in American history.

For whatever reason Serious Television Viewers still require convincing to watch “Superstore,” one of the few truly working class series on TV that smoothly weaves subversive, hard-hitting subject matter into a broadcast sitcom format without losing sight of its obligation to entertain the widest audience possible. Past seasons have seen the characters contend with their big box chain’s shoddy healthcare coverage and non-existent maternity leave policies and watched what happens when employees attempt to strike for better treatment and pay.

But the fourth season ended with an ICE raid in which agents cuffed and carted off one of the show’s best loved characters, Mateo. This is the type of subject matter a viewer expects of a series like “Orange Is the New Black,” which devotes most of its recently released finale season to following several characters through the deportation process. To see it on an NBC comedy, however, is revolutionary.

What happens to Mateo is expected to be followed throughout much of the fifth season. Before it debuts, though, season 4 is prime binge material over your three-day weekend, and beyond.

Everybody loves/loved “The Big Bang Theory” and its adjacent story “Young Sheldon” (also returning on Thursday, September 26 at 8 p.m.). Meanwhile, Chuck Lorre’s other series doesn’t come up in many TV discussions without a fair bit of prompting. Truly unfortunate, because few series so accurately and humorously portray what it’s like to stumble through life constantly feeling as if you’re just hanging on, while being reminded that other people are right there with you, and helping to hold you fast. This is another comedy worth streaming regularly over the coming weeks, if only to be reminded of why Allison Janney has earned two Emmys for her heartfelt, acerbic portrayal of Bonnie.

As the series enters its final season one would think that the majority of the TV audience is aware of this comedy’s brilliance. And yet I still encounter people who haven’t watched it, or are intending to get to it, or watched the first few episodes of season 1 and decided it was all hype.

For the benefit of those people I will say yet again that the season 1 finale is one of television’s greatest game-changers that transforms a loopy little show about a weird afterlife into an ever-deepening exploration of what it means to be a good person. Along the way it leads us to ask ourselves how each of us can strive to be better to each other and do good in the world.

It’s also one of the few sitcoms that its fans can’t discuss in detail because doing so would ruin that game-changer, which I can only tell you proves Ted Danson to be one of the finest comedic actors around.

Unlike other sitcoms, though, you won’t get the full effect of this comedy’s brilliance unless you watch every episode — which you can and should before the fourth season premiere.  So get on that.