Julián Castro: Let's get rid of the filibuster so we can pass common sense gun control laws 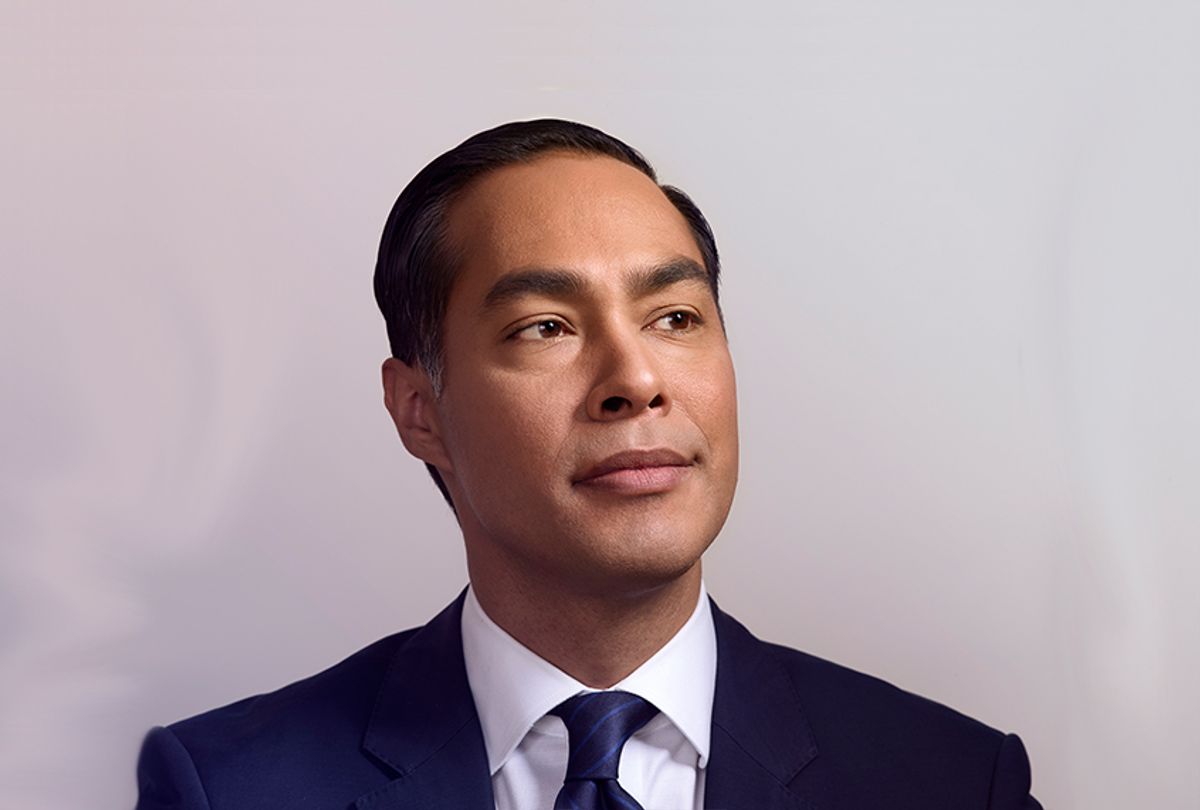 Former Secretary of Housing and Urban Development Julián Castro, a Democratic presidential candidate in the 2020 election cycle, told MSNBC's Joy Reid on Sunday morning that he believes the lax gun laws in his native Texas are endangering people's lives... and that the Senate needs to abolish the filibuster so that common sense gun legislation can pass.

Reid began by asking Castro about laws passed by Texas Gov. Greg Abbott which allow people to hold guns in their apartments and prohibit their landlords from saying no, to carry firearms in churches and to keep guns in parking lots in schools.

"These laws are a mistake," Castro told Reid. "If the last few weeks have pointed out anything, what happened in El Paso, what happened in Midland and Odessa last night, is that more guns are not the answer. More guns don't make us safer. You think about what happened in El Paso a few weeks ago. That shooter drove ten hours and went into a Walmart in Texas that has open carry, concealed carry, campus carry. He knew, he must have known, that there would be many, many people who were armed in that Walmart. It didn't make a bit of difference. This idea that a good guy with a gun is going to stop a bad guy with a gun, it doesn't work that way. The answer isn't more guns, it's actually common sense gun safety legislation."

Reid then asked Castro if he believes common sense gun reforms like universal background checks will ever become law.

"I believe that on January 20, 2021 at 12:01 pm that we’re going to have a Democratic president, a Democratic House, and a Democratic Senate," Castro replied. "And if I have to choose between sticking to a 60-vote filibuster rule that’s nowhere in the Constitution, and that Mitch McConnell is very willing to violate now, or getting common sense gun safety legislation done with at a minimum 50 votes plus the vice president, I would choose common sense gun safety legislation and make our families safer in this country."

When Reid asked for confirmation that Castro was calling for the abolition of the filibuster, he replied, "Absolutely yes. I do."

Castro's outrage was echoed by Rep. Beto O'Rourke, another Texas Democrat running for president in 2020, who told CNN's Dana Bash that he supports gun control measures including "universal background checks. Red flag laws. An end of the sales of weapons of war. And buying those AK-47s and AR-15s back so that they cannot be used against our fellow Americans."

Earlier in the interview O'Rourke even dropped an f-bomb.

"The rhetoric that we've used, the thoughts and prayers that you've just referred to, it has done nothing to stop the epidemic of gun violence," O'Rourke told Bash. "To protect our kids, our families, our fellow Americans in public places. At a Walmart in El Paso where 22 were killed, in Sutherland Spring in a church, one or two a day all over this country. A hundred killed daily in the United States of America. We're averaging about 300 mass shootings a year. No other country comes close. So yes, this is f***ed up. And if we don't call it out for what it is, if we're not able to speak clearly, if we're not able to act decisively, then we will continue to have this kind of bloodshed in America. And I cannot accept that. And so we're going to speak as defiantly and as strongly as we can, but we're also going to take action."