Barr and Mike Pence want to speed up executions for mass shooters, although research suggests that won't help 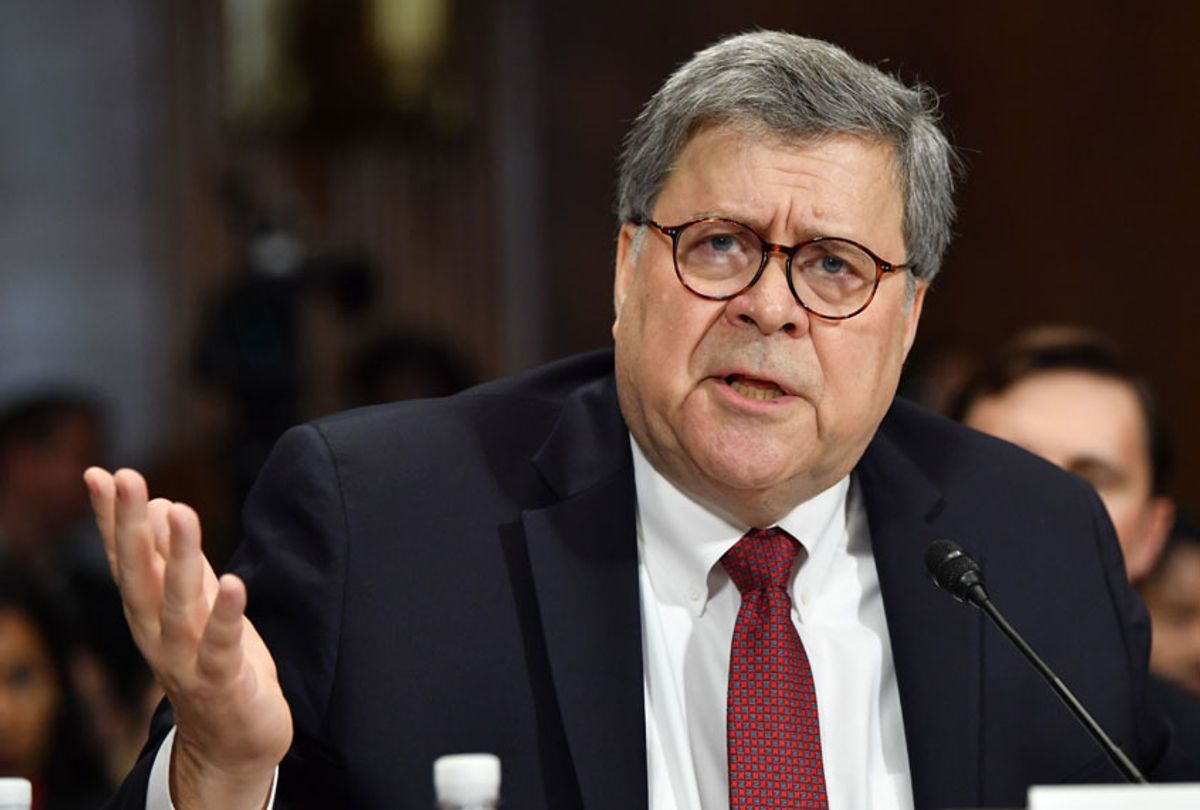 US Attorney General William Barr testifies before the Senate Judiciary Committee on "The Justice Department's Investigation of Russian Interference with the 2016 Presidential Election" on Capitol Hill in Washington, DC, on May 1,2019. (Getty/Nicholas Kamm)
--

Attorney General Bill Barr has drafted a bill to expedite the death penalty for suspects convicted of mass murder after President Trump reversed his support for expanded background checks and other gun control legislation.

Trump previously claimed that he would push for “strong” background checks and other gun control legislation after mass shootings that occurred hours apart in El Paso, Texas, and Dayton, Ohio. On Sunday, Trump completely backed away from the concept of background checks after media reports that NRA chief Wayne LaPierre persuaded him that such a bill would be unpopular and would not have stopped the shootings.

Instead, Barr, with the assistance of Vice President Mike Pence, has drafted legislation to speed up the death penalty for convicted mass shooters, Bloomberg News reported, even though many shooters are killed by police or commit suicide during their attacks.

The White House claims the death penalty legislation would be part of a larger package aimed at reducing gun violence. The last time Trump backed off expanded background checks after pressure from the NRA following the Parkland school shooting, his big proposal was to arm teachers in classrooms.

This time Trump’s focus appears to be on mental health. On Sunday, Trump told reporters his administration would try to “identify severely disturbed individuals and disrupt their plans before they strike.”

“This includes strong measures to keep weapons out of the hands of dangerous and deranged individuals, and substantial reforms to our nation’s broken mental health system,” Trump said.

Trump has expressed support for a bill being crafted by Sen. Lindsey Graham, R-S.C., that would strengthen “red flag” laws, which allow courts to order guns removed from people deemed a danger to themselves and others.

But Democrats said that such a bill alone would fall far short of the action needed to combat gun violence.

“The notion that passing a tepid version of an Extreme Risk Protection Order bill — alone — is close to getting the job done in addressing rampant gun violence in the U.S. is wrong and would be an ineffective cop-out,” Senate Minority Leader Chuck Schumer, D-N.Y., said in a statement, adding that even the strongest red flag law “won’t be fully effective without strong universal background checks.”

Former Vice President Joe Biden slammed Barr and Pence’s plan to expedite the death penalty for mass shooters, arguing it was “what you do when you can’t get something done that’s rational — you increase the penalty for the irrational,” according to Bloomberg.

Studies have found that gun control laws help reduce gun violence, but numerous other studies have found no deterrent effect from the death penalty, which Barr recently reinstated after nearly two decades.

On the other hand, studies have shown that gun control legislation does reduce gun violence.

The study found “a growing divergence in recent years as rates of mass shootings in restrictive states have decreased and those in permissive states have increased.”

Texas, which has executed more people than any other state over the last 40 years, just saw its second mass shooting in less than a month, less than two years after the church shooting in Sutherland Springs in which 26 people died.

Just hours after a gunman with an “AR-style” rifle killed seven people and injured 22 others in Odessa, new laws loosening gun restrictions went into effect across Texas.

Shannon Watts, the founder of Moms Demand Action for Gun Sense in America, wrote that “the only thing that will stop mass shooters is preventing them from getting guns in the first place.”

“Texas has executed the most people of any state since the death penalty was reinstated in 1976 — more than 550,” she tweeted. “The second closest state is Georgia with 74. I don’t think making the death penalty go faster will deter gunmen with an arsenal, bulk ammo and a death wish."