Trump reportedly made a "suggestion" that Pence stay at his Irish golf club, raising conflict of interest concerns 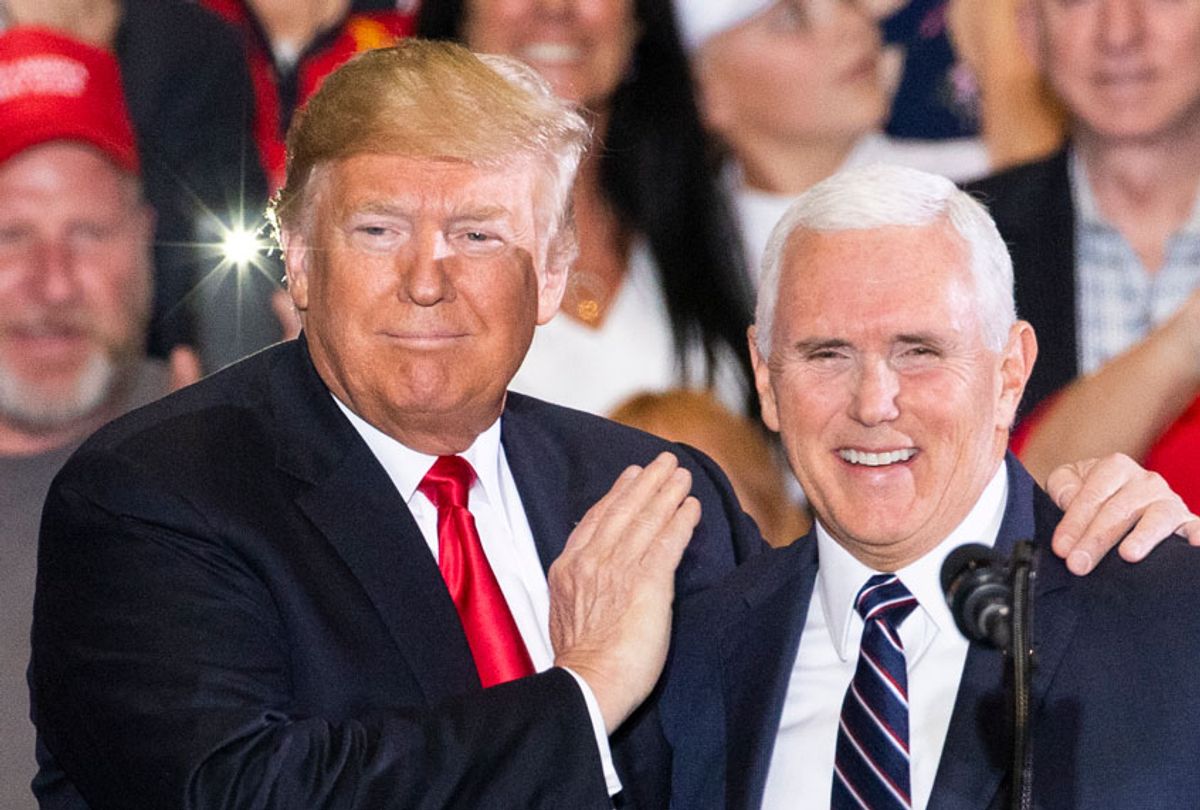 Vice President Mike Pence is staying at one of President Donald Trump's golf clubs during a work trip to Ireland, furthering a pattern in which the commander-in-chief's hotels and resorts have received business from officials engaged in government work.

"I don't think it was a request, like a command . . . I think that it was a suggestion." Pence's chief of staff Marc Short told the press when asked about the president's involvement in his travel itinerary. "It's like — when we went through the trip, it's like — well, he's going to Doonbeg because that's where the Pence family is from. It's like, 'Well, you should stay at my place.'"

Short also noted that Trump was not allowing Pence to stay in his facility for free, meaning taxpayers could be putting money in the president's pocket as Pence carries out official government business.

"We always explore lower-cost options, which is why — you know, you have basically different footprints for this trip, as well," Short told reporters. "But when you're in Doonbeg tonight and you're with the vice president on some of the official visits he's also doing, you'll also see there are not a lot of options in that community."

However, Short later told the New York Times that Pence was "personally paying all family expenses."

There have been a number of occasions since Trump took office when potential conflicts of interest have emerged between his public work and his private real estate empire, including Attorney General William Barr's decision to book a 200-person private "family holiday party" at Trump's DC hotel last month. Supreme Court Justice Neil Gorsuch also delivered a speech before an influential conservative group, the Fund for American Studies, at that same facility in 2017. Trump has charged the Secret Service more than $200,000 for using his businesses from September 2016 through February 2018.

Pence himself has also been active in this trend. His political action group, the Great America Committee, has spent $224,000 at Trump properties since 2017, including primarily the Trump International Hotel in Washington and its on-site steakhouse, according to The Daily Beast's reporting of Federal Election Commission records maintained by ProPublica. Similarly Rep. Greg Pence, R-In. and the vice president's brother, is reported to have spent roughly $45,000 at the president's businesses.

In related news, White House deputy press secretary attempted to defend Pence from accusations of bigotry toward the LGBTQ community by pointing out that he would be meeting with Ireland's leader, who is gay.

"For all of you who still think our @VP is anti-gay, I point you to his and the @SecondLady’s schedule tomorrow where they will join Taoiseach @LeoVaradkar and his partner Dr. Matthew Barrett for lunch in Ireland,"White House deputy press secretary Judd Deere tweeted on Tuesday.

During an interview with Salon last year, the vice president's daughter Charlotte Pence emphasized the importance of being able to converse with those who do not share the same political views.

"I talk about in the book how I think it’s important to talk about our opinions openly and to have conversations with one another, even when we don’t necessarily agree," Pence told Salon. "I think that’s something that my family has definitely taught me, and my parents have definitely taught me — how to just have open conversations in a respectful way while disagreeing with people, so yeah. Absolutely. I’m more than open to talking to lots of different people with lots of different viewpoints. I write about that in the book, as well."