Founder of one of the nation's largest conversion therapy programs comes out, renounces the practice 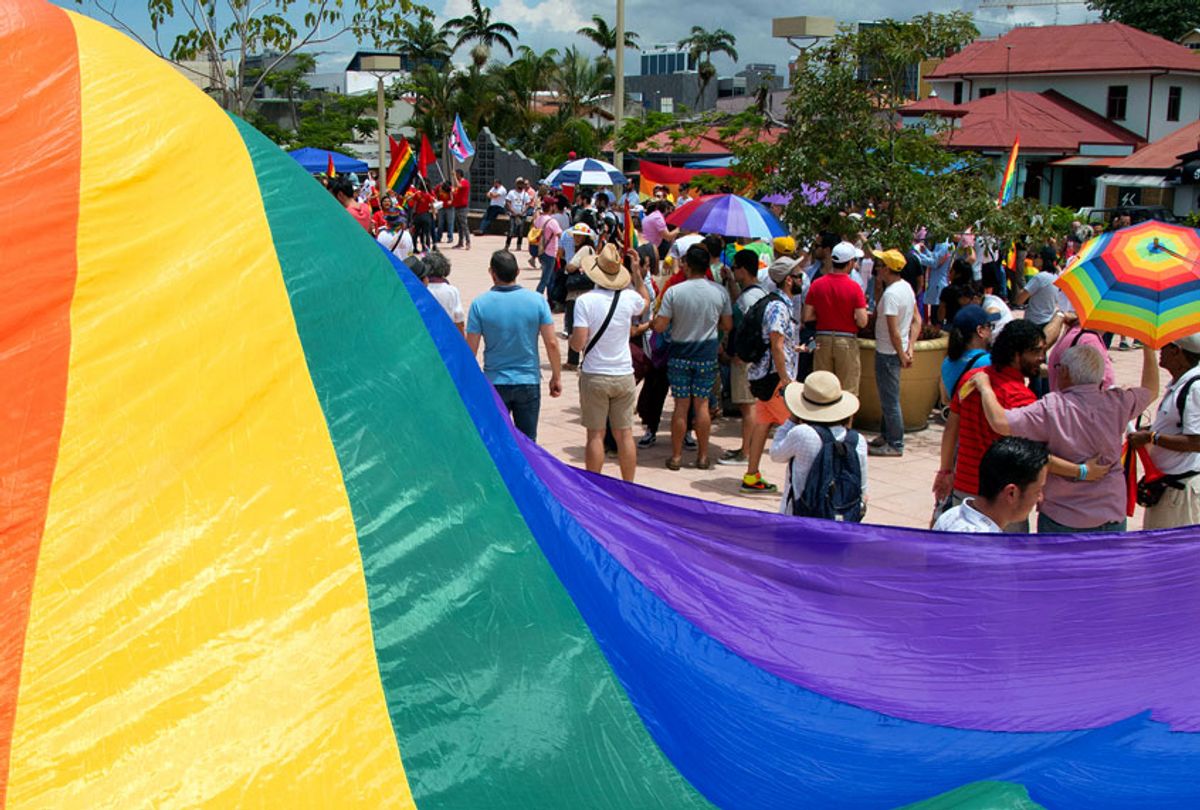 On August 31, the Post and Courier, the daily paper in Charleston South Carolina, published a story that began with one short, declarative sentence: “McKrae Game is gay.”

For at least some of the 700,000 LGBTQ-identifying adults who have undergone conversion therapy treatments or counseling, that simple statement would carry some extra weight. For 20 years, Game has run Hope for Wholeness, one of the nation's biggest faith-based conversion therapy ministries.

In the article, Game, 51, grapples with the harm he inflicted through his teachings, while also finding his place in a community that he assailed for most of his adult life.

“I was a religious zealot that hurt people,” Game said to the Post and Courier. “People said they attempted suicide over me and the things I said to them. People, I know, are in therapy because of me. Why would I want that to continue?”

Conversion therapy encompasses a widely discredited range of methods that purport to change someone’s sexual orientation or gender identity. It’s not just pseudoscientific; it’s an inherently harmful practice. Statistics from the American Psychological Association show that survivors of conversion therapy are nearly 9 times more likely than their peers to consider taking their own lives.

The practice received additional mainstream attention following the release of the 2018 film “Boy Erased.” Based on the memoir of the same name by Garrard Conley, the film follows Jason Eaons (Lucas Hedges), the son of an Arkansas Baptist preacher (Russell Crowe) and hairstylist (Nicole Kidman), as he begins the Love In Action gay conversion therapy assessment program in Memphis, Tennessee. It’s an aching, nuanced portrait directed by Joel Edgerton.

In an interview with Salon’s Mary Elizabeth Williams, Edgerton discusses a portion of the film in which Jason writes an article about the harmful effects of conversion therapy.

“There's an article that we've rendered in the film as if it's written by Garrard, and it starts by saying, 'If God only knew,'” Edgerton told Williams. “It was my way of saying, 'I wonder what God or Jesus would think if [he saw] this was going on?' That's an agenda that is decided on Earth based on the feeling of how God feels about people who have same sex attraction. It really needs to be examined, and in my belief, it needs to be dismantled.”

Unsurprisingly, some of the most vocal advocates for the discontinuation of conversion therapy are individuals who have undergone it.

In a 2017 article for Salon, journalist Nico Lang spoke with Samuel Brinton, who described their experience with conversion therapy as “torture.” After experiencing same-sex attraction at the age of 10, Brinton was put through a program that included “physical aversion therapy” — where a therapist would scald or freeze Brinton’s hands while they looked at photos of men touching other men — and electroshock therapy. It lasted for two years.

Brinton, who is now the head of advocacy and government affairs for the LGBTQ advocacy group The Trevor Project, went on to help launch “50 Bills in 50 States,” a campaign lobbying for legislation in every state barring conversion therapy on youth. According to the Washington Post, the practice is currently illegal for health care providers in 18 states and the District of Columbia, though there’s nothing to prevent a religious organization from offering such counseling regardless of statewide bans.

But another group that is increasingly outspoken about the need for dismantling the practice — and, on a larger scale, changing attitudes about sexuality within the church — are former leaders of the conversion therapy or anti-LGBTQ movement.

In 2014, Buzzfeed reported that nine former "ex-gay" leaders, from organizations like Exodus International and ministries like Love in Action “signed onto a letter in partnership with the National Center for Lesbian Rights calling for a ban on gay conversion therapy and saying that LGBT people should be celebrated and embraced for who they are.”

Earlier this summer, Joshua Harris, the megachurch pastor and author of several Christian relationship books, posted a lengthy note on Instagram in which he apologized to the LGBTQ community for his hate-filled teachings.

“I have lived in repentance for the past several years — repenting of my self-righteousness, my fear-based approach to life, the teaching of my books, my views of women in the church, and my approach to parenting to name a few,” Harris wrote. “But I specifically want to add to this list now: to the LGBTQ+ community, I want to say that I am sorry for the views that I taught in my books and as a pastor regarding sexuality.”

He continued: “I regret standing against marriage equality, for not affirming your place in the church, and for any ways that my writing and speaking contributed to a culture of exclusion and bigotry.”

Following Harris’ public apology, it is unclear if he could truly ever fully atone for the decade of hate that he helped spearhead. As I wrote for Salon, without appropriate action, Harris’ words seem hollow; but would it be right for him to serve the face of a public movement that advocates for the groups he consciously marginalized?

In the eyes of some, McKrae Game is in the same position. In a public Facebook post, Game suggested that he could turn Hope for Wholeness into a resource for members of the LGBTQ community who feel that their sexuality is at odds with their faith.

But, as the Post and Courier reported, Josh Crocker — a 32-year-old man who had undergone counseling with Hope for Wholeness — said that there was no part of the organization that could be redeemed.

“For me, I just think that’s inadequate,” Crocker said. “I think he should be afforded the time and space to process all the things he needs to process and become who he is, but I’d love for him to apply that same passion he had for Hope for Wholeness ... to advocacy for the LGBTQ community ... and to dismantle conversion therapy and ex-gay ministries.”