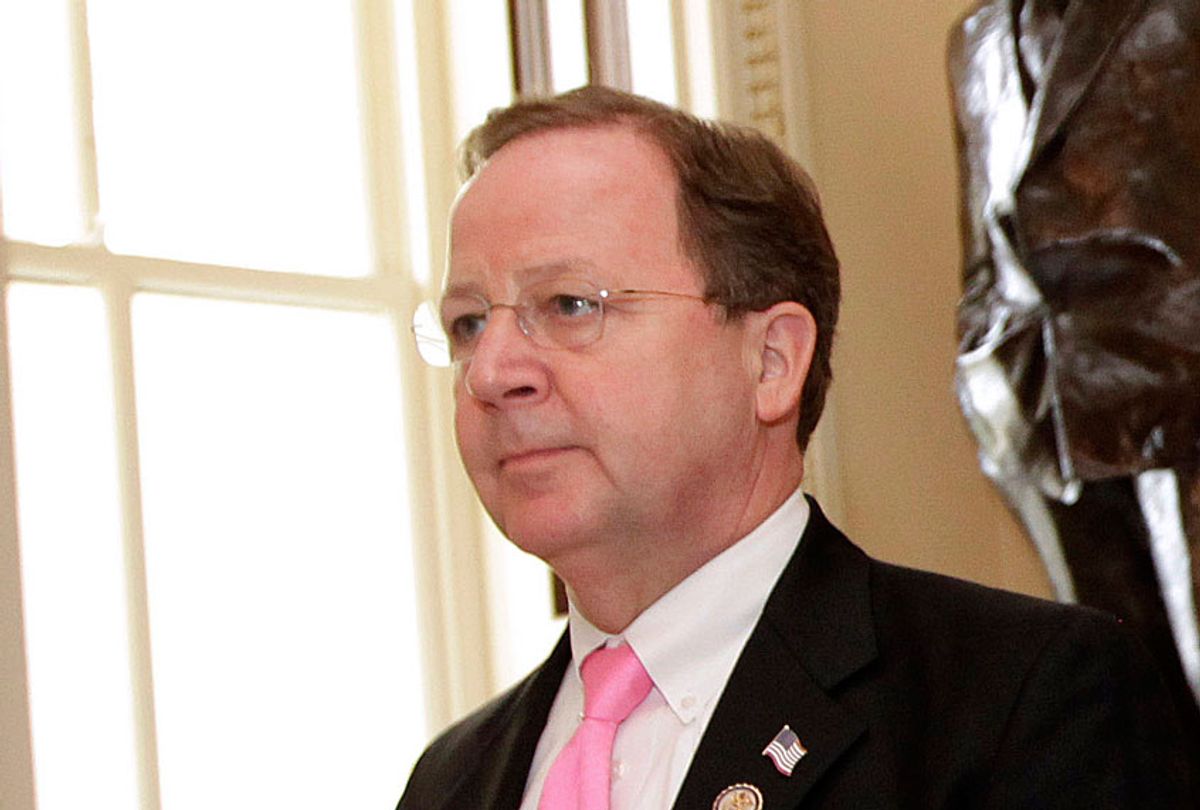 Flores, the former chairman of the powerful ultra-conservative Republican Study Committee who was first elected in the Tea Party wave of 2010, said in a statement that he would continue to support the Trump administration’s agenda before joining the private sector after his retirement.

Flores joins fellow Texas Republican Reps. Kenny Marchant, Pete Olson, Mike Conaway and Will Hurd in departing Congress after the current term. Unlike Olson, Marchant and Hurd -- who each won their 2018 races by fewer than five points -- Flores is coming off a 15-point win in a district that Trump carried easily over Hillary Clinton, 56 to 39 percent.

Inside Elections’ Nathan Gonzales wrote on Twitter that Flores’ “College Station/Waco-area seat shouldn’t be a problem for Republicans.”

Despite vowing to support Trump’s policies through the remainder of his term, Flores had repeatedly criticized the president. In 2017, Flores called for Trump to remove “all of his children from the White House,” referring specifically to “Ivanka and Jared Kushner.”

Flores previously condemned Trump during his presidential run when the then-candidate argued that a federal judge of Mexican descent should not be allowed to oversee a case involving his company.

"I was incredibly angry to see Mr. Trump question a judge’s motives because of his ethnicity," Flores said at the time.

Despite the ongoing “Texodus,” Flores’ announcement stunned Texas political observers. Evan Smith, the chief executive of The Texas Tribune, wrote that the paper had been expecting two other Republicans to announce their retirement but neither of them was Flores.

Hurd, the only black Republican in the House, represents a border district that voted for Hillary Clinton. Hurd himself only won re-election by less than 0.5 percent. Marchant, who represents a suburban area between Dallas and Fort Worth, won his race by just 3 percent. The Cook Political Report rates his seat a “toss-up.” Olson, who won his suburban Houston district with less than 5 percent, leaves his seat as a “toss-up” as well.

Three other members of the Texas Republican delegation, Reps. Michael McCaul, Chip Roy, and John Carter, also won their 2018 races by margins of less than 5 percent.

“Nobody should be surprised by this,” University of Texas at Austin professor Jim Henson told Vox, explaining that most of the retirements are happening in “places in the state where you’re seeing rapid population growth, [and] the composition in these districts [is] changing. It’s just not very attractive to some of these Republicans to be looking at a very tough election fight.”

Sean Trende, a political analyst at RealClearPolitics, noted that Democrats had long targeted Texas, arguing that they “grossly oversold the vulnerability” of the party in the state before Trump. But those same people are “grossly underselling it now,” he wrote.

“Texas is an overwhelmingly urban/suburban state, so GOP weakening in the suburbs is felt disproportionately in [Texas],” he explained. “It could go blue, quickly, under this current configuration.”

Former Rep. Mike Coffman, R-Colo., who lost his suburban Denver seat in 2018, told Vox last year that Trump has also made it difficult for lawmakers in such districts to get their message out.

As such, the Texodus is expected to continue. Just a day before Flores’ announcement, Roy, a staunch Trump supporter who was elected for the first time in 2018, repeatedly refused to say whether he would for a second term.

"I will make my intentions known at the right time at the right place,” the freshman congressman said after serving just eight months on Capitol Hill.