In a statement, Jo Johnson said that he was "torn between family loyalty and the national interest" 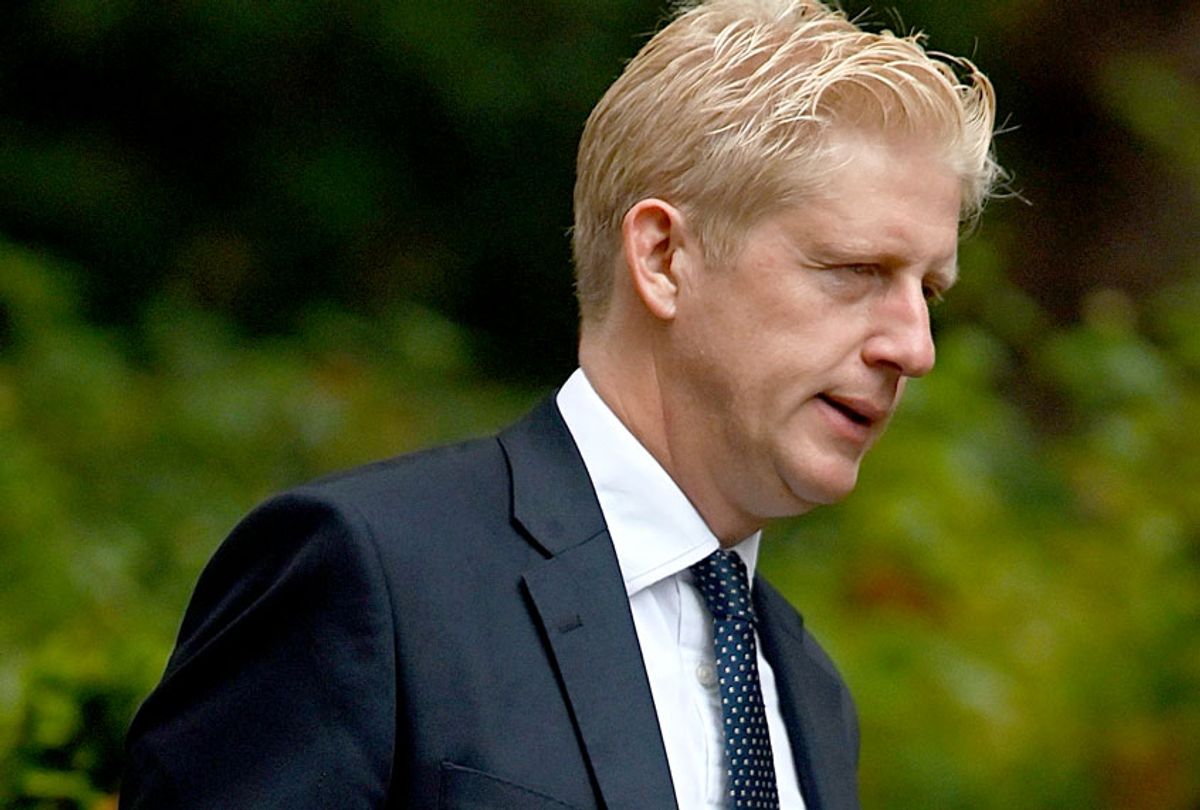 Britain's Minister of State for Universities Jo Johnson arrives to attend a meeting of the Cabinet at 10 Downing Street in central London on September 4, 2019. (Getty/ DANIEL LEAL-OLIVAS)
--

Jo Johnson, the younger brother of British Prime Minister Boris Johnson, announced his resignation Thursday as both a member of Parliament and universities minister.

"It’s been an honour to represent Orpington for 9 years & to serve as a minister under three PMs. In recent weeks I’ve been torn between family loyalty and the national interest - it’s an unresolvable tension & time for others to take on my roles as MP & Minister," Johnson tweeted on Thursday.

This is the second time Jo Johnson has resigned from ministerial positions, according to Politico. In November, he resigned from a role in the transport ministry in order to vote against former Prime Minister Theresa May's failed Brexit deal. Unlike his brother, who is a Brexit hardliner, Jo Johnson supported remaining in the European Union during the 2016 referendum and has advocated for holding another vote to see if the U.K. can remain.

Jo Johnson's resignation underscores the growing political crisis in which the prime minister finds himself. Within the last two days, Boris Johnson has seen Parliament advanced a bill to make it impossible for him to leave the EU without a deal and has rejected the prime minister's call for snap elections.

"I think he has become the first, to my knowledge, the first leader of the opposition in the democratic history of our country to refuse the invitation to an election, Mr. Speaker," Boris Johnson said in a statement after his move for elections was defeated. "I can only speculate as to the reasons behind his hesitation. The obvious conclusion is — I’m afraid — that he does not think he will win."

The prime minister added, "The country must now decide whether the leader of the opposition or I go to those negotiations in Brussels on the 17th of October to sort this out."

On Monday, Boris Johnson claimed that efforts by Labour Party leader Jeremy Corbyn to prevent a no-deal Brexit would make it impossible for him to extract beneficial conditions from the EU. Johnson replaced May as prime minister in part because of his predecessor's perceived failure to strike an acceptable deal.

"I don't think they will. I hope that they won't. But if they do, they will plainly chop the legs out from under the U.K. position and make any further negotiation absolutely impossible," the prime minister said at the time. "And so I say, to show our friends in Brussels that we are united in our purpose, MPs should vote with the government against Corbyn's pointless delay. I want everybody to know there are no circumstances in which I will ask Brussels to delay. We are leaving on the 31st of October, no ifs or buts. We will not accept any attempt to go back on our promises or scrub that referendum."