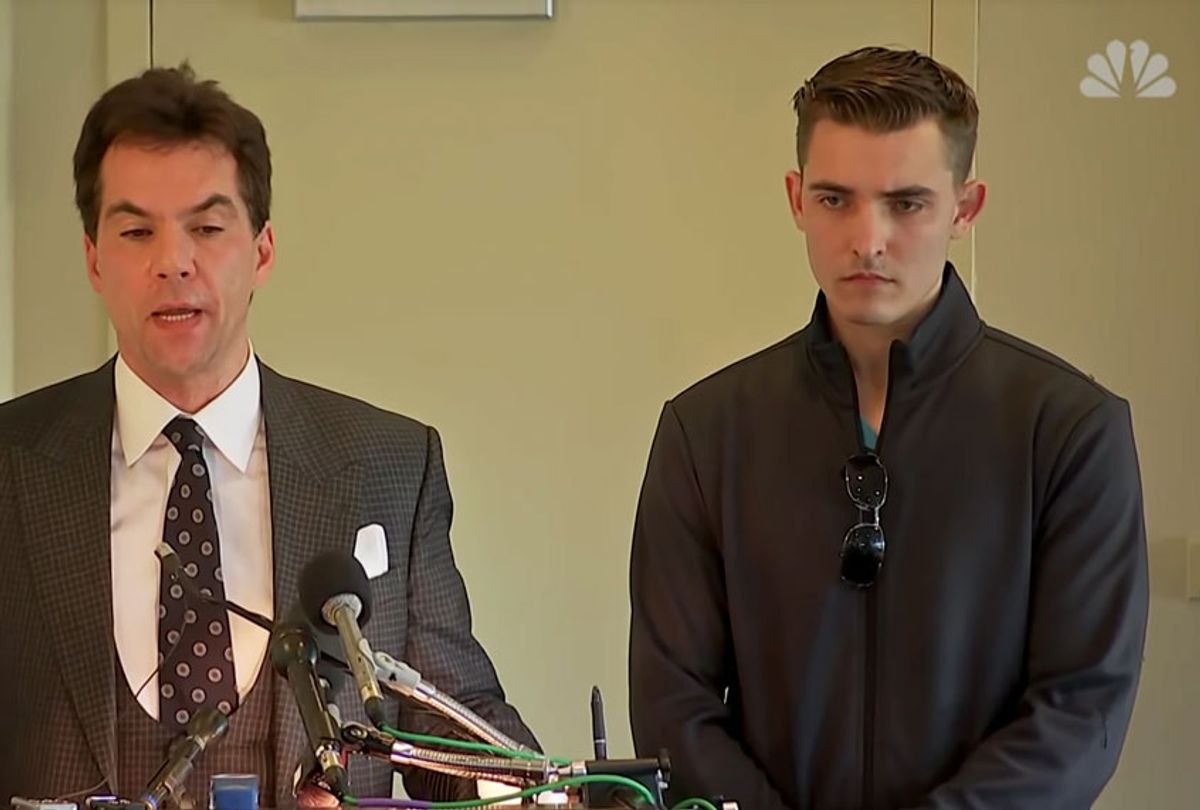 A notorious right-wing fraudster is being charged with a felony after he attempted to recruit investors for a fake news website.

Jacob Wohl is scheduled to appear in court on Wednesday and will be arraigned in October on one count of selling an unregistered security, according to The Daily Beast. A fundraising document obtained by the site reveals that Wohl promised to suppress Democratic voter turnout and would "make shit up" to successfully bet on political races through a company called the Arlington Center for Political Intelligence. Wohl reportedly attempted to raise $1 million for the company.

"The Arlington Center for Political Intelligence is seeking seed funding from astute, well-heeled political donors," the document explained. "Due to the sensitive nature of work, discretion is of the utmost importance in raising capital to fund our operations. Our backers will affect political outcomes and use our actionable intelligence to reap rewards betting on those outcomes."

It added, "To make the organization viable through the 2020 election cycle. we are seeking $1 Million in funding."

One noteworthy detail of the document was that even though conservatives typically deny that Russian interference had any impact on the 2016 presidential election, Wohl openly admitted to Russian meddling and claimed to be able to improve on their methods.

"The Instagram posts that were spread by the Internet Research Agency, a Russian disinformation group, were for lack of a better term, goofy," Wohl wrote. "Without a good handle on American pop-culture, the Russians resorted to posting memes which failed to generate the desired impact."

He later added, "As time progresses, our properties will have the ability to direct followers to engage with new spin-off properties. This strategy was utilized by the Internet Research Agency with moderate effectiveness in 2016; but with a superior handle on American cultural nuances ACPI will be able to have a devastating impact on Democrat candidates."

This isn't the first time Wohl has been the center of controversy. In April it was revealed that he had attempted to recruit men to falsely claim that they were the victims of sexual misconduct at the hands of Pete Buttigieg, the mayor of South Bend, Indiana, who is now a Democratic presidential candidate.

One person who had been recruited by Wohl later wrote:

I was approached by a political figure to come to DC to discuss political situations from the standpoint of a gay Republican. When I arrived they discussed Peter Buttigieg and started talking about how they would be working a campaign against him. I went to bed and woke up to a fake Twitter @RealHunterKelly and an article that I in no way endorsed or wrote. I have since left and am working on a formal statement to give to everyone including the Buttigieg family.

Similarly, Wohl worked with Republican lobbyist and conspiracy theorist Jack Burkman last year in an attempt to gin up phony sexual misconduct accusations against former special counsel Robert Mueller, who at that time was investigating allegations that President Trump had conspired with the Russian government during the 2016 election.