Meghan McCain claps back at Pamela Anderson's defense of Assange: “I wouldn’t be a cyberterrorist" 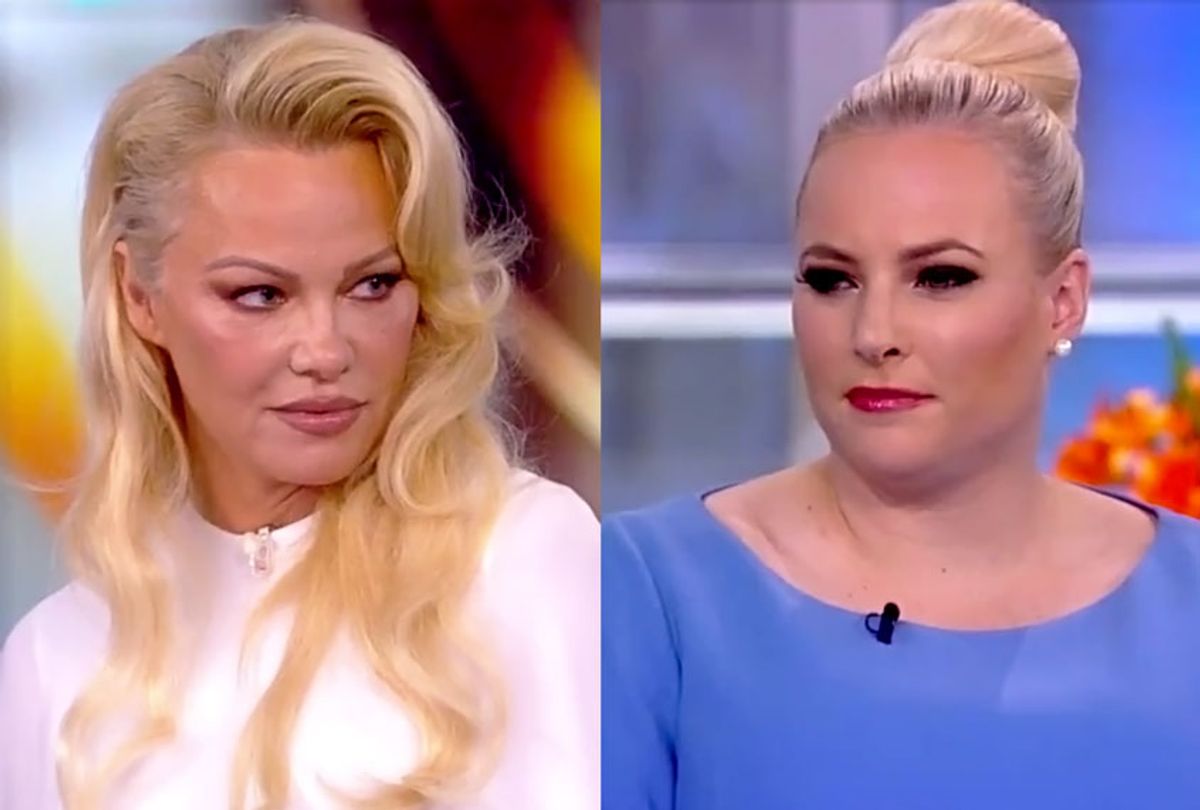 Meghan McCain snapped at some audience members who sided with actress Pamela Anderson during a tense exchange on “The View” over WikiLeaks founder Julian Assange.

The former “Baywatch” star has become close to Assange, who was arrested earlier this year after he was expelled from the Ecuadorian embassy in Britain, and McCain grilled Anderson over her relationship with the “hacktivist,” who was charged with violating the U.S. Espionage Act.

“He knows everything,” Anderson said. “He’s not stupid. He’s actually — he’s an interesting guy. He’s obviously ruffled the feathers of some very powerful people, and powerful people want to keep him quiet.”

McCain started in on Anderson, and questioned why she would support Assange.

“He was allegedly kicked out of the Ecuadorian embassy because he was defecating everywhere and creating messes,” McCain said.

Anderson denied those allegations, which she called a “smear campaign,” but McCain said Assange’s actions were caught on video

“What would you do if you were locked in a room for six years?” Anderson said.

“Well, I wouldn’t be a cyberterrorist, which he is,” McCain fired back. “He hacked information, his leaks included classified documents that put our national security at risk, our military and the lives of spies and diplomats at risk.”

“You know who put our national security at risk, is the military,” Anderson said. “How many people (has) the American government killed, innocently, and how many has WikiLeaks killed?”

McCain was caught off guard, and some audience members applauded.

“So you think the military is putting the government at risk?” McCain said.

The military has put many American lives at risk,” Anderson said.

One man whooped his support for Anderson as the applause began to die down, and McCain glared at him.