But experts agree that the Communist and A Just Russia parties are both controlled by the Kremlin, to some extent 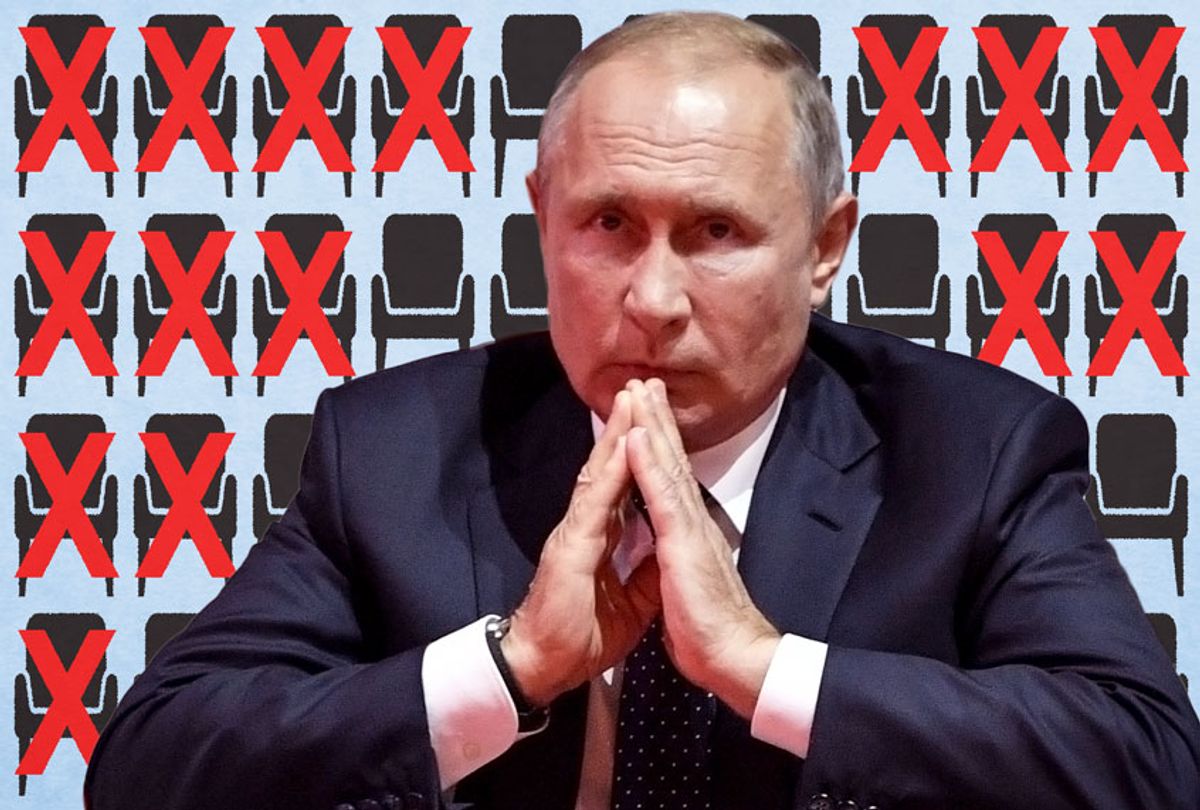 Russian President Vladimir Putin suffered a major political setback after his party, United Russia, saw its share of the Moscow city legislature drop from 40 seats to 25 seats in Sunday's elections.

Moscow's City Duma has 45 seats, and prior to the Sunday elections, 40 of them were held by members of Putin's United Russia party, according to Politico. Now, United Russia candidates will only hold 25 seats in Duma, which amounts to slightly more than half, with the Communists holding 13 seats, the perestroika-era Yabloko party holding four seats and the center-left A Just Russia party holding three seats.

But experts agree that the Communist and A Just Russia parties are both controlled by the Kremlin, at least to some extent. Also notable is the fact that more than a dozen candidates associated with Alexei Navalny, an anticorruption figure who has emerged as one of Putin's most stalwart political opponents, were barred from appearing on the ballot for the City Duma elections.

Since taking over Russia in 2000, Putin has transformed what was gradually becoming a democratic nation into a dictatorial kleptocracy.

"I think the best comparable would be Pablo Escobar," Bill Browder, a British billionaire who has blown the whistle on corruption in Putin's regime, told Salon in January. "Putin is a criminal. He’s committed enormous financial crimes of unimaginable magnitude over the last 19 years against his own country. Because he’s committed those crimes, and it was just reported today that 1 in 4 Russians don’t even have an indoor toilet, they’re so poor. Those crimes have impoverished the Russian people. At this point, his only objective is to stay in power, which allows him to keep his money and stay alive, and so all of his actions — whether they’re repressive actions, repression in Russia or foreign conflicts outside of Russia — it’s all designed to either stay in power, to create a nationalistic diversion and to also create chaos in the West so we can’t focus on the terrible things he’s doing."

Michael McFaul, a former ambassador to Russia who served under President Barack Obama, told Salon earlier this year that he believes the Russian dictator has a plan for dissolving the liberal world order so that Russia can achieve more power through a multipolar geopolitical system.

"Whether he aspires for Russia to be the world's lone superpower, I don't think he actually has that big an ambition," McFaul explained to Salon. "I think he just wants to weaken the West, and then after if everything worked out the way he liked – that we are just a collection of nation states – he will then forge bilateral relationships with Germany, with the UK, with United States, and with China. Which is to say that I think he's sober enough about Russia's potential in the next couple of decades to understand that in that world China would be first among equals. Key to his concept is that there would be several equals. It would become a multipolar world as opposed to a unipolar or bipolar world dominated by the United States and China."