McConnell and Trump will have "hell to pay" if they thwart gun control, Nancy Pelosi says

"What courage does it take to support legislation that will save lives?" Pelosi asked of McConnell 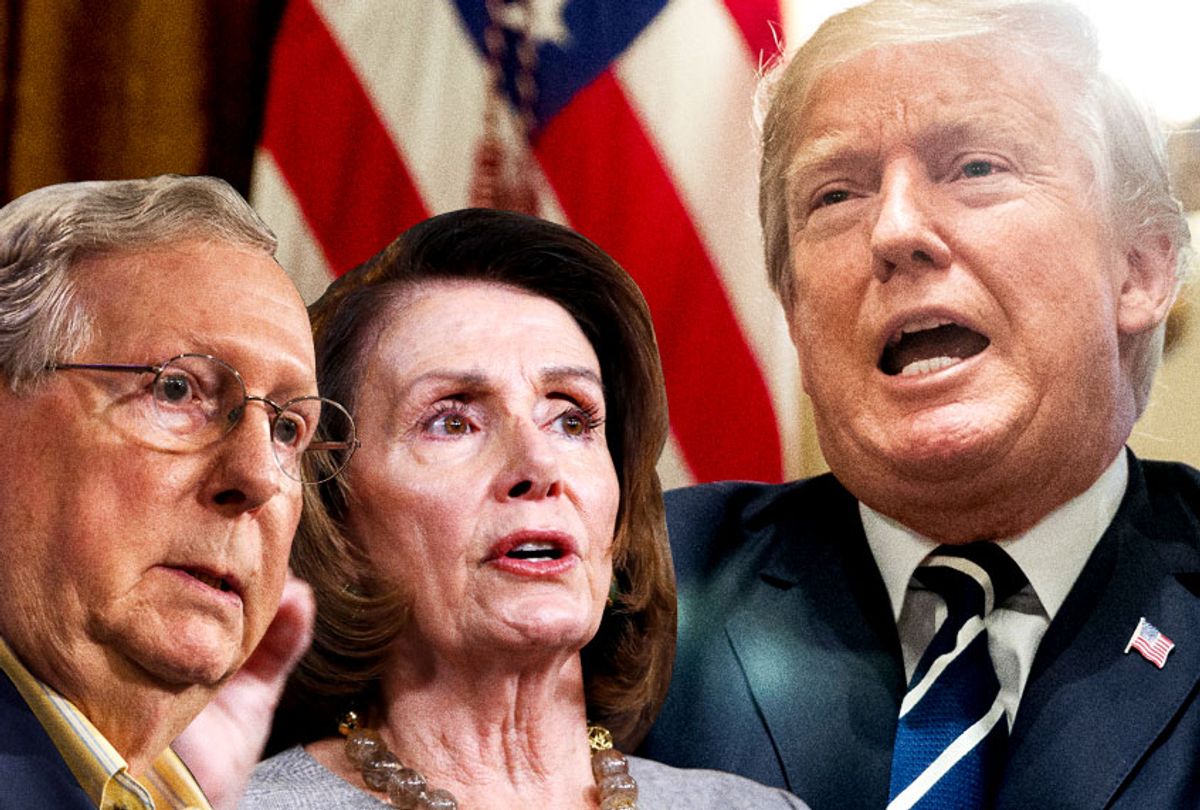 "So here we are once again asking the 'Grim Reaper' — informing the 'Grim Reaper' that these bills are alive and well in the public. That public opinion, public sentiment will weigh in," Pelosi said at a press conference with Senate Minority Leader Chuck Schumer at her side. "But some of the gun violence prevention groups have managed to up the ante even further to say that if this bill is not passed, Mitch McConnell, and the Republicans in the Senate and the president will have 'hell to pay.'"

During an interview last week with conservative radio host Hugh Hewitt, McConnell said that the Trump White House was "in the process of studying what they're prepared to support, if anything" to curb gun-related violence in the U.S.

"I expect to get an answer to that next week," McConnell said, adding that "if the president is in favor of a number of things that he has discussed openly and publicly, and I know that if we pass it, it will become law — I'll put it on the floor."

When asked why he would not allow a universal background check bill passed by the House of Representatives to reach the floor, McConnell said he was in a "discussion" with the White House on how to address "the gun issue."

"I said several weeks ago that if the president took a position on a bill, so that we knew we would actually be making a law and not just having serial votes, I'd be happy to put it on the floor," McConnell said.

Trump, like many Republicans, has expressed a willingness to prioritize mental health issues as a source of possible legislative action rather than gun control.

"It would be wonderful to say — to say 'eliminate,' but we want to substantially reduce the violent crime — and actually, in any form. Any of its evil forms. This includes strong measures to keep weapons out of the hands of dangerous and deranged individuals, and substantial reforms to our nation's broken mental health system," the president said in response to a recent question about his thoughts on gun control measures.