#ClimateStrike founder rejects argument that climate action is too expensive: "People in power do not lack money" 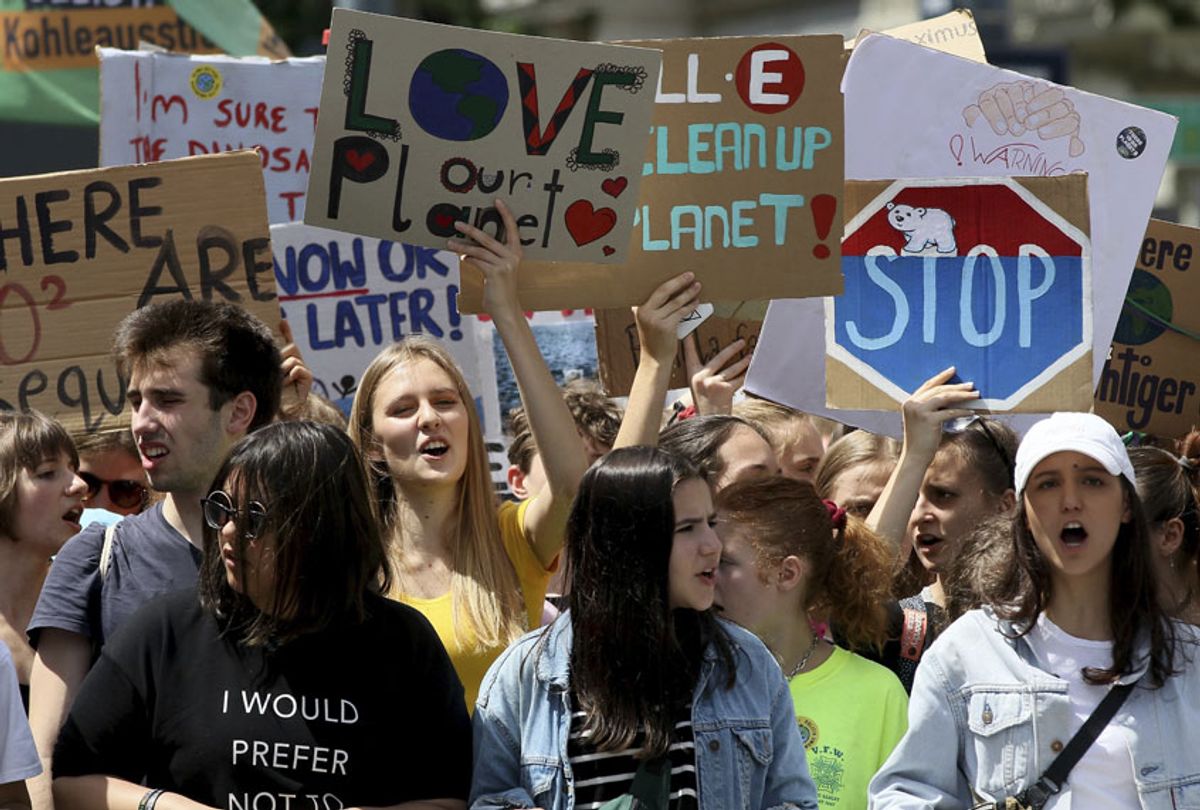 During an event in New York on Monday night with author and environmentalist Naomi Klein, 16-year-old Swedish activist Greta Thunberg had a simple message for those who claim it is "too expensive" to boldly confront the climate crisis with sweeping policies like a Green New Deal.

"If there is something we are not lacking in this world, it's money," she added. "Of course, many people do lack money, but governments and these people in power, they do not lack money. And also we need to have the polluters ... actually pay for the damage they have caused. So, to that argument, I would not even respond to that argument, because it has been said so many times. The money is there. What we lack now is political will and social will to do it."

Thunberg arrived in New York late last month after nearly two weeks of sailing across the Atlantic. The young environmentalist made the journey ahead of the Sept. 20 global climate strikes, which she helped inspire through persistent activism that has included directly confronting world leaders and elites over their role in the planetary emergency.

The strikes, which are expected to bring millions to the streets in over 150 countries, will coincide with the United Nations Summit on Climate Change on Sept. 23 in New York.

"I want Sept. 20 to be a tipping point," Thunberg said Monday night. "I want world leaders to feel like they have too many people watching them."