Three out of five Americans fear a recession is coming, while nearly half believe Trump is mishandling the economy 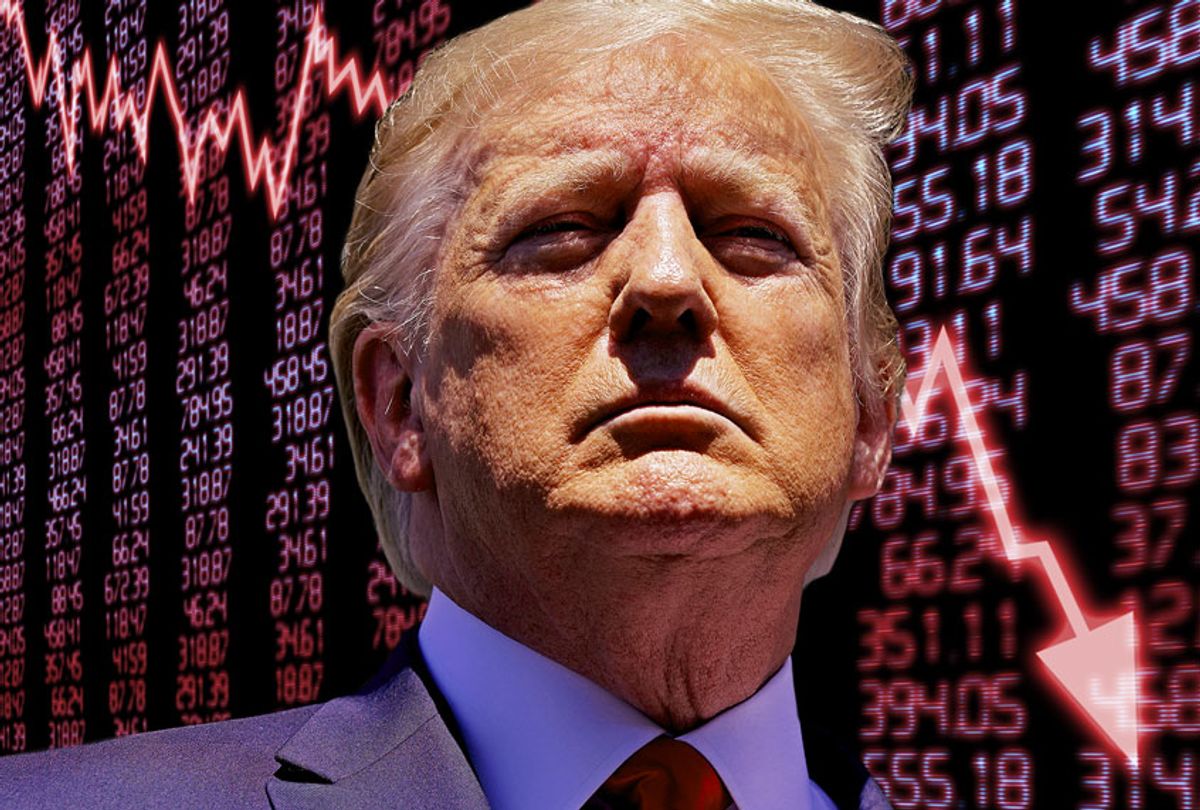 President Donald Trump's approval rating has taken a hit as a new poll reveals three out of five Americans believe another recession is on the way.

While the president’s approval rating hit a high of 44 percent in the ABC News/Washington Post poll in July, it fell to 38 percent in September. Since taking office, Trump's approval rating has never risen above 50 percent, a first for an American president since the advent of modern polling.

Sixty percent of survey respondents also believe a recession is likely to occur within the next year, a number which could hinge on concerns over the president's trade wars with China. Fifty-six percent of respondents disapprove of Trump's handling of Chinese trade policy, with only 35 percent approving of his job in that area. Forty-three percent believe Trump's trade and other economic policies will increase the chance of a recession, with 16 percent believing they decrease the chance of a recession and 34 percent saying they make no difference.

Overall, 47 percent of respondents disapprove of Trump's handling of the economy, with only 46 percent approving of it. Trump's overall approval rating is 38 percent, down from a survey high of 44 percent in July.

The poll notes that the president is experiencing a hit in his approval numbers due to economic issues in red states, as well as blue ones.

Trump has previously expressed concern that an economic downturn could imperil his re-election prospects. Last month, the president tweeted that "the Economy is strong and good, whereas the rest of the world is not doing so well. Despite this the Fake News Media, together with their Partner, the Democrat Party, are working overtime to convince people that we are in, or will soon be going into, a Recession. They are willing to lose their wealth, or a big part of it, just for the possibility of winning the Election. But it won’t work because I always find a way to win, especially for the people!"

Trump's concerns are not without historical precedent. When the Great Depression began during the first year of Herbert Hoover's presidency in 1929, it doomed his chances of winning a second term and paved the way for the election of Franklin Roosevelt and the advent of his left-wing New Deal economic programs. Nearly 80 years later, the onset of the Great Recession in 2008 strengthened Democrat Barack Obama's chances of being elected over Republican nominee John McCain. The incumbent was also a member of the GOP: former President George W. Bush.