The rules of TV are coming "Undone" 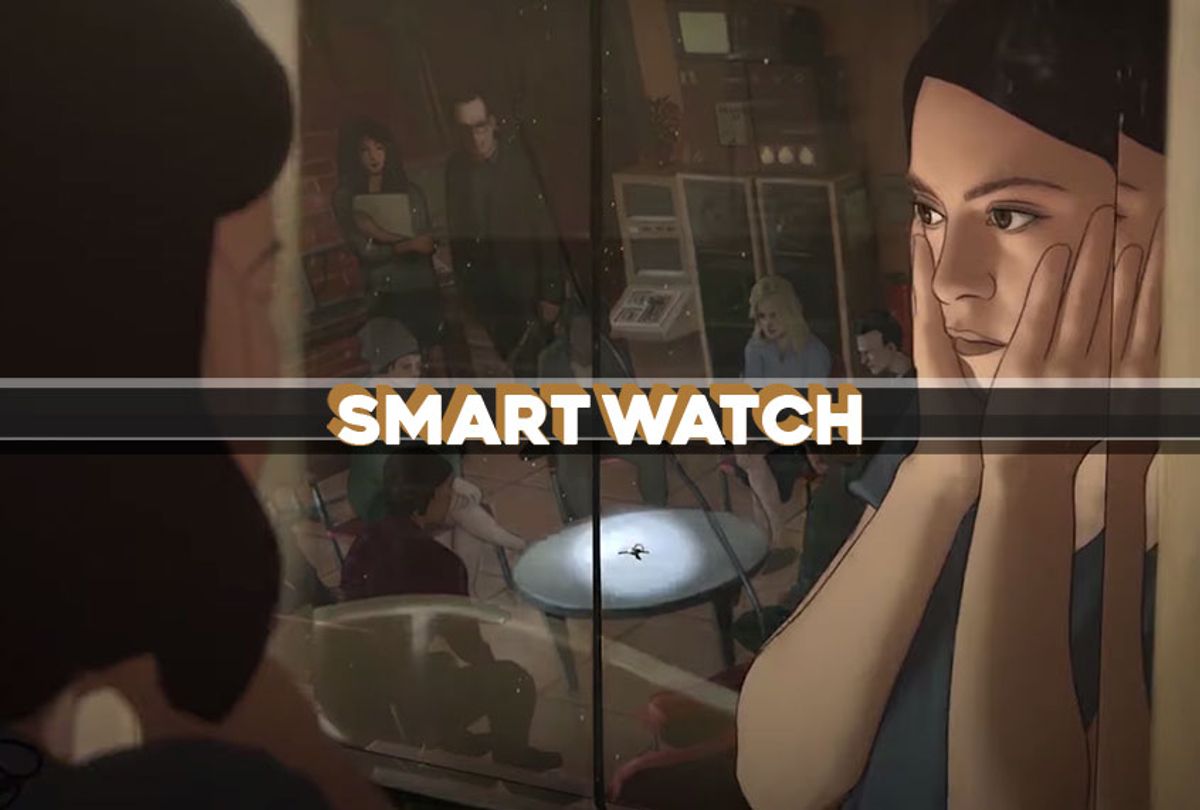 Animation can accomplish feats of storytelling live-action cannot, or at least not without some measure of visual effects assistance. People tend to make this observation in the context of crass humor, marveling at all that a show like “South Park” can get away with.

Less frequently explored, until very recently, is the potential for animated entertainment to make intangible concepts physical — thoughts, feelings, emotions. Trauma. Netflix’s “BoJack Horseman” merges the limitless world of cartoons with the human one, limitations and all, seamlessly enough to earn critical acclaim and study for the thoughtfulness with which it explores mental illness and character flaws, whether those characters are human or something in between.

Knowing this, the masterful employment of rotoscoping for “Undone,” the new series from “BoJack” creator Raphael Bob-Waksberg and producer Kate Purdy, is a natural progression from the classic animation techniques employed in their Netflix series.

Rotoscoping is something akin to a veil between the animated world and the live-action one, a technique in which artists trace and color on top of filmed footage of actors. The effect makes the world appear as just shy of real to the viewer, even though the actors are clearly recognizable. Some filmmakers employ the technique because they can while others use it to convey a sense of separation form the present moment, bringing to life old memories or concepts that would otherwise live only in the mind’s eye.

This makes it a particularly useful technique for portraying the confusing state of processing tragedy and loss, employed to outstanding effect in the documentary film “Tower,” or of feeling not quite all there — which is the core of “Undone.”

The eight-episode series introduces Alma Winograd-Diaz (Rosa Salazar), a deadpan, hearing-impaired young woman stuck in a rut until she gets into a car accident, placing her in a coma.

When she awakens, the world isn’t the same. Her waking moments fall out of order, shuffling together and repeating, much to the confusion and irritation of her no-nonsense mother Camila (Constance Marie) and newly engaged sister Becca (Angelique Cabral).

In fact, the only reliable constant is her reassuring father Jacob (Bob Odenkirk), who is nearly almost always by her side, earnestly trying to help her understand what’s happening. The disconcerting part about this is that Jacob has been dead for many years now, disappearing while taking her and Becca trick-or-treating when Alma was a child.

Everything after this is revelation — artistic, philosophical and narrative. “Undone” is a fantastic, humorous tragedy that refuses to unstick itself from our attention very easily. But it’s also very much a work driven by fanciful sights, putting sensations into a visual language in scenes where words might fail, and animated by the same team responsible for “Tower” and Richard Linklater’s “A Scanner Darkly.”

Hisko Hulsing, who directed “Kurt Cobain: Montage of Heck,” manages to smoothly marry structure and visual disorder with effortless fluidity while also making the most of the story’s potential in exploring sound. At times Alma needs to shut out sound so she can hone what may be a developing special ability, but could just as easily be attributable to the after-effects of her coma.

Beyond that one hesitates to dive into additional details of this story for fear of robbing “Undone” of its immersive mystery. We about to enter the new TV season and be presented with an array of choices, making a pitch like this seem daunting to a person flooded by choices. But it’s a short ride — eight episodes, none more than 25 minutes, a reverie more than a time commitment. Turn it on and let yourself go.

Late night’s importance in 2019 is such that there’s isn’t any room for personalities to coast on half-measures. Even those who choose to refrain from jumping into politics may find themselves at some point using their platform to make the world better, or better in ways small but substantive. At the very least, they shouldn’t lack for enthusiasm, and let’s be real, Carson Daly hasn’t been looking too vivacious in that night-owl slot lately. In fairness, he’s also been in this game for a minute, meaning he’s probably as ready for something new as we are.

Enter Lilly Singh, self-proclaimed “bawse” whose YouTube Channel ||Superwoman|| has nearly 15 million subscribers. Singh is charismatic, driven and lively, all required qualities for a watchable late night host. Especially one going on at 1:35 a.m. Her magnetism is proven, and her enviable celebrity friendships with people like Dwayne “The Rock” Johnson don’t hurt either.

Singh, born in Canada to Indian parents, is the first woman of South Asian descent to host a network late night series, a groundbreaking fact that leads the stories about her, with her openly stated bisexuality coming in second place. And while those can’t be discounted — with her in the mix, that brings the number of women hosting nighttime variety series to two! — the main reason to be excited about “A Little Late” is that she has a vibrant sense of humor and a level of cleverness that keeps you on your toes.

The big network names may draw the most attention — Stephen Colbert, Seth Meyers, Jimmy Kimmel, James Corden and Jimmy Fallon — but contenders like Singh are worth keeping an eye on even by way of delayed viewing. NBC also is giving her a primetime introduction at 10 p.m. on Wednesday, just in case.

Don’t be surprised if she makes history again a few years from now by moving up to an earlier timeslot, shoulder to shoulder with the guys.

A known side-effect of the wealth of output from streaming services is that we’re bombarded with too much of what would otherwise be good shows, if only their creators had used their time and ours more wisely. Netflix is saddled with a ton of mediocrity underneath the good stuff that shows up in the press.

Audience used to put up with the middling blather, buying into the “it gets better” promise that often proves false. Most of us don’t anymore, and that means sometimes — rarely, but it happens — we miss it when a series’ promise is realized late in the game.

This is what happened with season 1 of “Disenchantment,” Matt Groening’s highly anticipated excursion into Dreamland and the adventures of rebellious Princess Bean (Abbi Jacobson), Elfo the elf (Nat Faxon), and Luci (Eric Andre), a demon who can’t help but be a good guy.

Despite the promising set-up, “Disenchantment” became a letdown in short order, flailing throughout the middle of the season only to do an about-face in the final episodes, transforming into the series Groening fans hoped it would be.

You can chalk it up to the Netflix cliffhanger formula written into nearly every show, but this set-up genuinely changes the game for the series, earning a second chance.

If you haven’t watched season 1, all you really need to see are the first two or three episodes, then the last two. The majority of the season isn’t serialized enough to lose you; besides, the season ender is potent enough to perhaps inspire you to backtrack.

Or you can move ahead to see what happens next, and decide whether to remain with this quest.