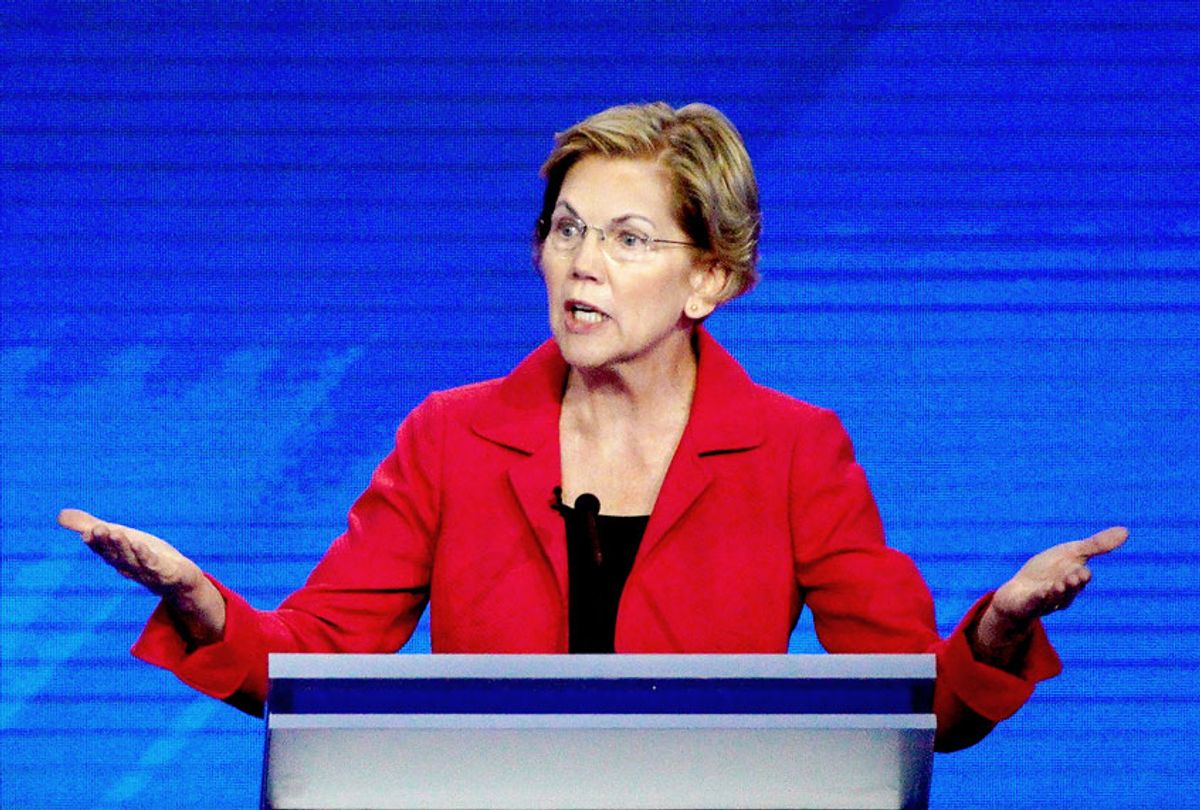 Maryanne Trump-Barry, President Donald Trump’s older sister, has not been a major target of Democrats — who are much more likely to focus on the president or GOP activists who include Ivanka Trump (his daughter), Donald Trump, Jr. (his son) or Jared Kushner (his son-in-law). But in a report for the Daily Beast, Gideon Resnick explains that Sen. Elizabeth Warren has made Trump-Barry a target of her anti-corruption campaign.

Although Trump-Barry’s name hasn’t been in the media as much as other members of the Trump family, Resnick explains, her retirement as a federal judge earlier this year “brought an abrupt end to an investigation into her role in various tax schemes of the family and potential fraud therein.” But Warren has been turning her attention to that case and recently asserted, “Under my plan, investigations will remain open until their findings are made public and any penalties for misconduct are issued.”

Trump-Barry, now 82, spent many years as a federal appellate judge before retiring in April. On April 10, Russ Buettner and Susanne Craig of the New York Times reported that Trump-Barry “benefited financially” from her family’s “tax schemes” in the 1990s and “was also in a position to influence the actions taken by her family.”

Warren, according to Resnick, has become “the first Democratic presidential candidate to take an overt shot at the president’s sister.” But Resnick stresses that Trump-Barry is only one of the people Warren is going after as part of her “ethics policy” — and she isn’t only focusing on federal judges, but also, lobbyists and members of Congress.

As part of her anti-cronyism agenda, Resnick observes, Warren has proposed banning lobbyists “from making political contributions” or “from bundling donations or hosting fundraisers for political candidates.” Moreover, Resnick adds, Warren proposes banning members of Congress from serving on for-profit boards. Resnick explains that although Warren’s “program is ambitious in its scope,” it “would face hurdles for passage. Warren is attaching it to her current ethics bill, which requires congressional approval in order for enactment.”

In an article written by Warren and posted on Medium.com on Monday, the Massachusetts senator has a long list of ethics proposals — and they range from “ban lobbying for foreign entities” to “strengthen congressional independence from lobbyists” to “prohibit courts from sealing records involving major public health and safety issues.”