"We don’t all have a sense of superiority that burns 35,000 calories a day," the "Late Late Show" host pointed out 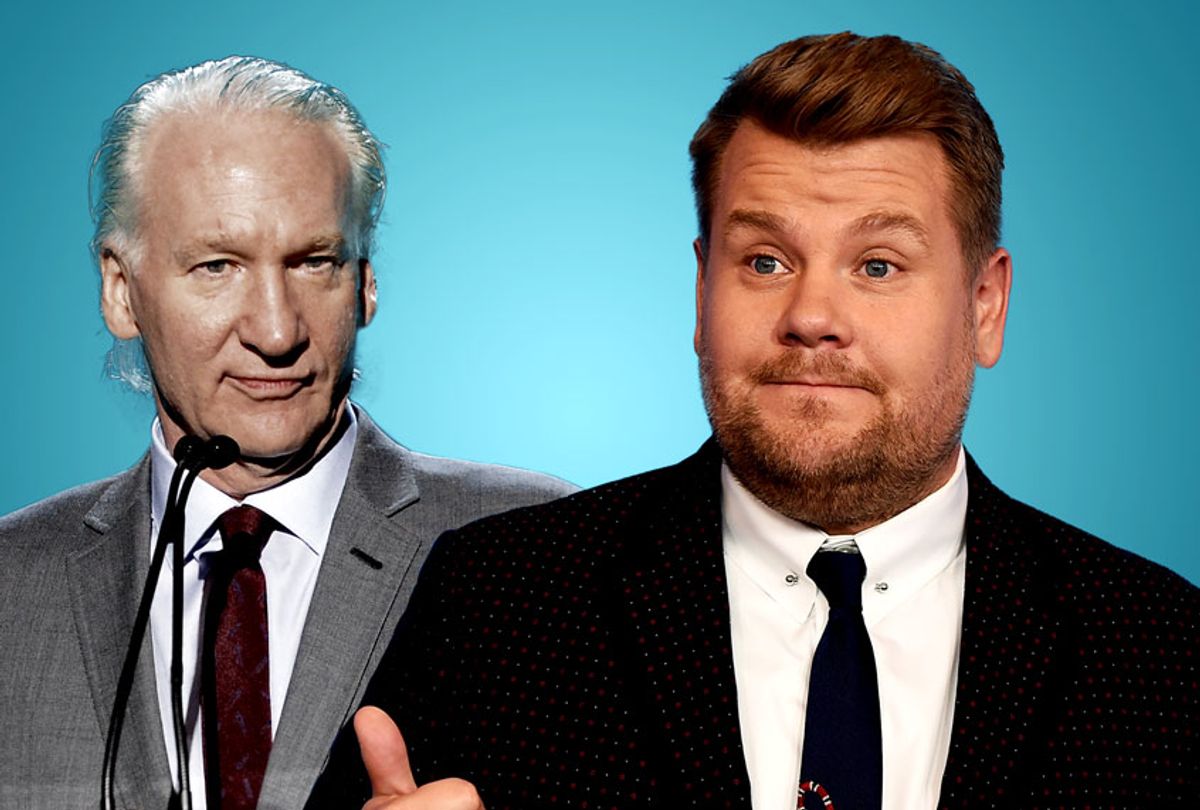 It’s been a pretty good year for increased representations of body positivity in media. Like many women, it means enough to me that I’ve catalogued them in a series of mental snapshots which I can access with quick-recall speed.

There’s Adie Bryant, smiling mid-hair flip at the Fat Babe Pool Party in “Shrill,” right before she declares: “I’m honestly thinking about buying a crop top, which I gotta say was not in the cards for me before.” There’s the moment of heady silence in the Netflix movie “Dumplin’” right after Bo tells Willowdean exactly how he feels about her. There’s Lizzo’s iconic yellow bodysuit reveal at the 2019 VMAs.

That was the outfit she was wearing when she stood on a pedestal and declared, like a preacher from a pulpit, “It’s so hard trying to love yourself in a world that doesn’t love you back, am I right? So I want to take this opportunity right now to just feel good as hell.”

We all know that media matters, and seeing ourselves reflected on-screen in a world where it seems not all body types are valued equally can feel both subversive and joyous, like coming across a flower stubbornly peeking out of a concrete sidewalk crack.

But inevitably someone wants to pluck that flower, much in the way Bill Maher built a segment on his HBO show “Real Time” around his assertion that “fat-shaming doesn’t need to end; it needs to make a comeback.”

“Being fat isn’t a birth defect,” Maher said. “No one comes out of the womb needing to buy two seats on the airplane. We have gone to this weird place where fat is good. It’s pointing out that fat is unhealthy — that’s what’s bad...some amount of shame is good.”

It's a lazy take, but a deflating one all the same. But shortly following it, I found another snapshot to add to my mental collection: James Corden sitting behind his desk on “The Late Late Show” after soundly putting Maher in his place.

“I was watching and I was like, ‘Oh man, someone needs to say something about this,’” Corden said last Thursday. “‘If only there was someone with a platform who actually knew what it was like to be overweight, and then I was like, ‘Ah, that’ll be me.’”

He went on to say that he isn’t sure where Maher got the idea that fat-shaming needed to make a comeback, because it’s not like it actually went anywhere. For many people, guilt surrounding their weight has been and will continue to be reinforced at every turn — from comments by family and peers, to commercials for fat-loss pills, to Weight Watchers’ new dieting app for children.

“There’s a common and insulting misconception that fat people are stupid and lazy and we’re not,” Corden said. “We get it, we know. We know that being overweight isn’t good for us and I’ve struggled my entire life trying to manage my weight and I suck at it.”

He continued: “I’ve basically been on-and-on diets for as long as I can remember, and this is how it’s going.”

Corden then launched into a succinct explanation about how fat-shaming doesn’t, in fact, help people manage their weight (along with some well-timed self-deprecating jokes because he is still, after all, a comedian). It unsurprisingly leads to feelings of guilt and embarrassment that can fuel depression, anxiety and self-destructive behaviors. And, as Corden said, let’s be honest, “fat-shaming” is just a dressed-up term for bullying.

And while obesity is a systemic health issue with a range of contributing factors, including poverty and a lack of accessible healthcare, Corden summed it up: “We’re not all as lucky as Bill Maher. We don’t all have a sense of superiority that burns 35,000 calories a day.”