Nancy Pelosi ramps up attacks on "Moscow Mitch" McConnell as part of her 2020 strategy: report

“He’s seen as the face of obstruction and Trump’s enabler in the Senate: It’s easy to message against him” 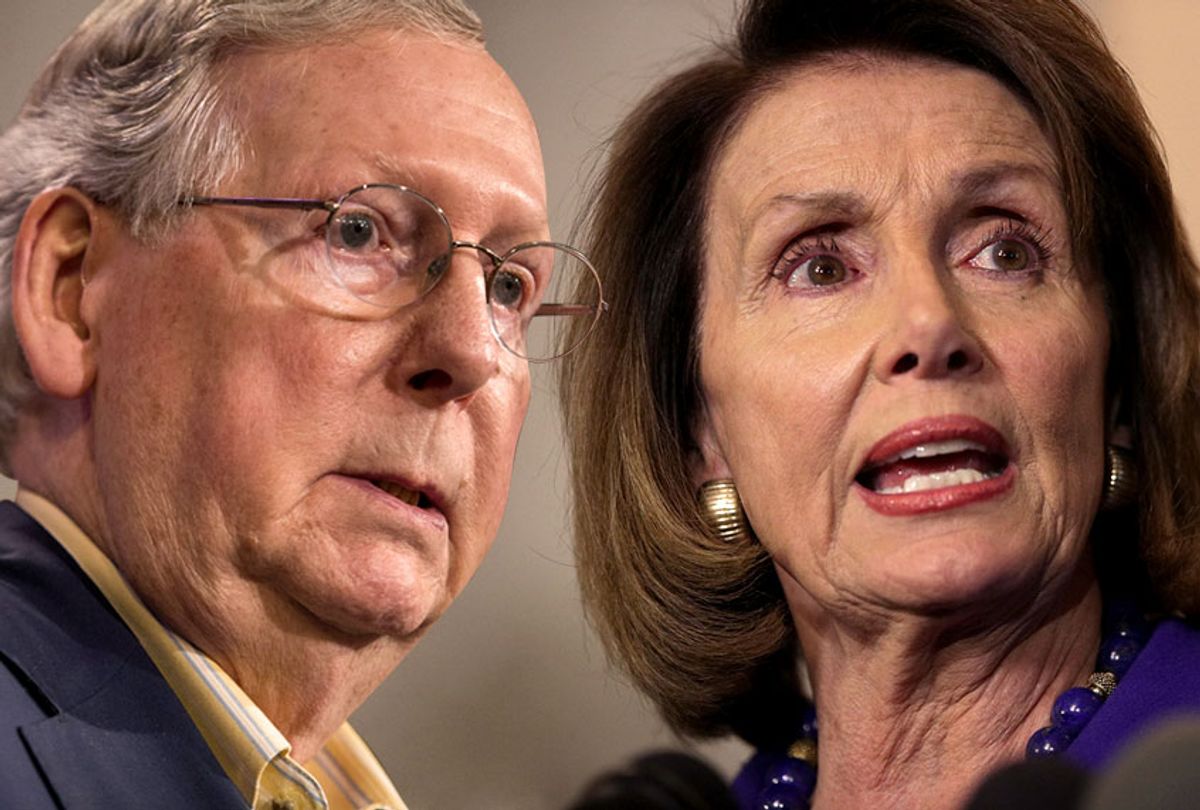 Next to electing a Democratic president, the Democratic National Committee’s top goal for 2020 is achieving a majority in the U.S. Senate — which would require flipping four Republican-held seats while keeping every seat they are defending. And journalist Alayna Treene, in a report for Axios, stresses that a key part of House Speaker Nancy Pelosi’s 2020 election strategy will be aggressively ramping up attacks on Senate Majority Leader Mitch McConnell, a.k.a. Moscow Mitch.

Pelosi, according to Axios’ sources, doesn’t believe that attacking President Donald Trump is enough for Democrats — they need to be focusing heavily on anti-McConnell messaging as well. A Democratic aide, quoted anonymously, told Axios that vilifying McConnell “is something even the more moderate Democrats can glom onto” because “he’s seen as the face of obstruction and Trump’s enabler in the Senate. It’s easy to message against him.”

The 79-year-old Pelosi, Treene reports, is planning to kick her anti-McConnell campaign into high gear in the fall — and she will be aggressively focused on “his refusal to pass meaningful legislation,” a Democratic aide told Axios. Doing so, according to a Democratic congressional aide, enables House Democrats to “tout the good they’ve done and also, helps show the importance of Dems taking back the Senate.”