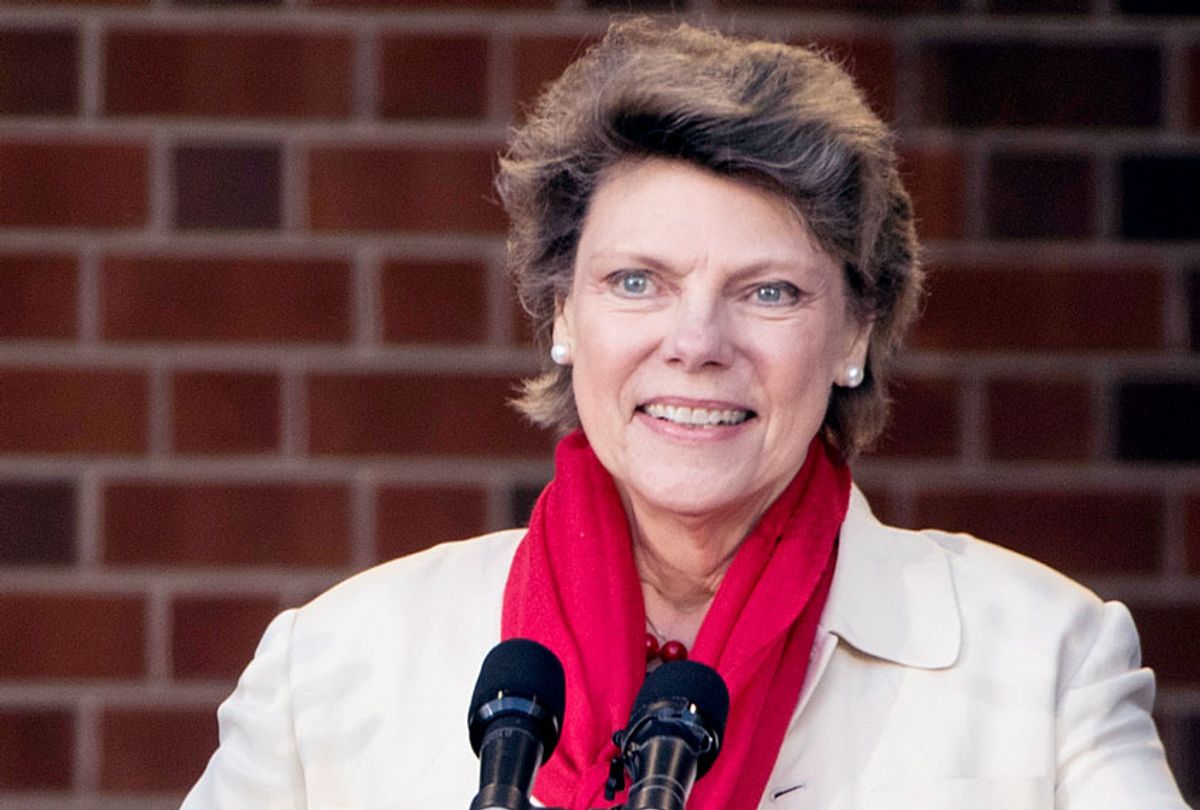 Cokie Roberts speaks during the opening ceremony for Museum of the American Revolution in Philadelphia, Wednesday, April 19, 2017. (AP Photo/Matt Rourke)
--

Cokie Roberts, the pioneering journalist who was among the first woman broadcasters to cover high-level American government policy, passed away Tuesday due to complications from breast cancer.

ABC News President James Goldston remembered Roberts as "a true pioneer for women in journalism" whose "kindness, generosity, sharp intellect and thoughtful take on the big issues of the day made ABC a better place and all of us better journalists.”

Goldston added that Roberts was "a terrifically talented writer and historian” who “published six books, many of them best-sellers and most about women in American history, whose stories often had been overlooked."

Roberts was also one of the first woman journalists at National Public Radio alongside the likes of Susan Stamberg, Nina Totenberg and Linda Wertheimer.

In a statement to Variety, Roberts' family said her "career as a journalist at National Public Radio and ABC News took her to the heights of her profession, and her success as an author on history and family put her on the best-seller list. But her values put family and relationships above all else. We will miss Cokie beyond measure, both for her contributions and for her love and kindness.”

Former President Barack Obama also praised Roberts, saying in a statement to the Hill that "she was a trailblazing figure; a role model to young women at a time when the profession was still dominated by men; a constant over forty years of a shifting media landscape and changing world, informing voters about the issues of our time and mentoring young journalists every step of the way. She will be missed — and we send our condolences to her family.”

Roberts began her career at ABC in 1988, when she was a panelist on "This Week with David Brinkley." She went on to co-anchor "This Week" with Sam Donaldson from 1996 to 2002, reported on politics for "World News Tonight," served as chief congressional analyst for ABC News and often served as a substitute for Ted Koppel on "Nightline."

In 2015, Salon's Heather Digby Parton discussed coining the expression "Cokie's Law" in reference to "a specific comment by pundit Cokie Roberts about the Lewinsky scandal that illustrated the precise way the beltway media excused their propensity for cheap gossip and scandalmongering."

The comment in question came when Roberts excused a misleading story about former first lady Hillary Clinton allegedly blaming her husband's infidelities on his childhood by saying "at this point it doesn't much matter whether she said it or not, because it's become part of the culture. I was at the beauty parlor yesterday, and this was all anyone was talking about."

Roberts' career was not without controversy. In 2008, Glenn Greenwald, then writing for Salon, said Roberts was guilty of what he described as "the single-most dishonest and propagandistic tactic of establishment journalists,” which “is to take their own opinion and assert as a fact that ‘most Americans’ agree with them, even when that assertion is indisputably false."

Greenwald made this observation after Roberts said that "I also agree that the notion that Sen. McCain and Sen. Graham you heard this morning, putting forward that Americans would prefer to win" in the Iraq war.