Do the new Brett Kavanaugh allegations hurt Susan Collins' odds of being re-elected to the Senate? 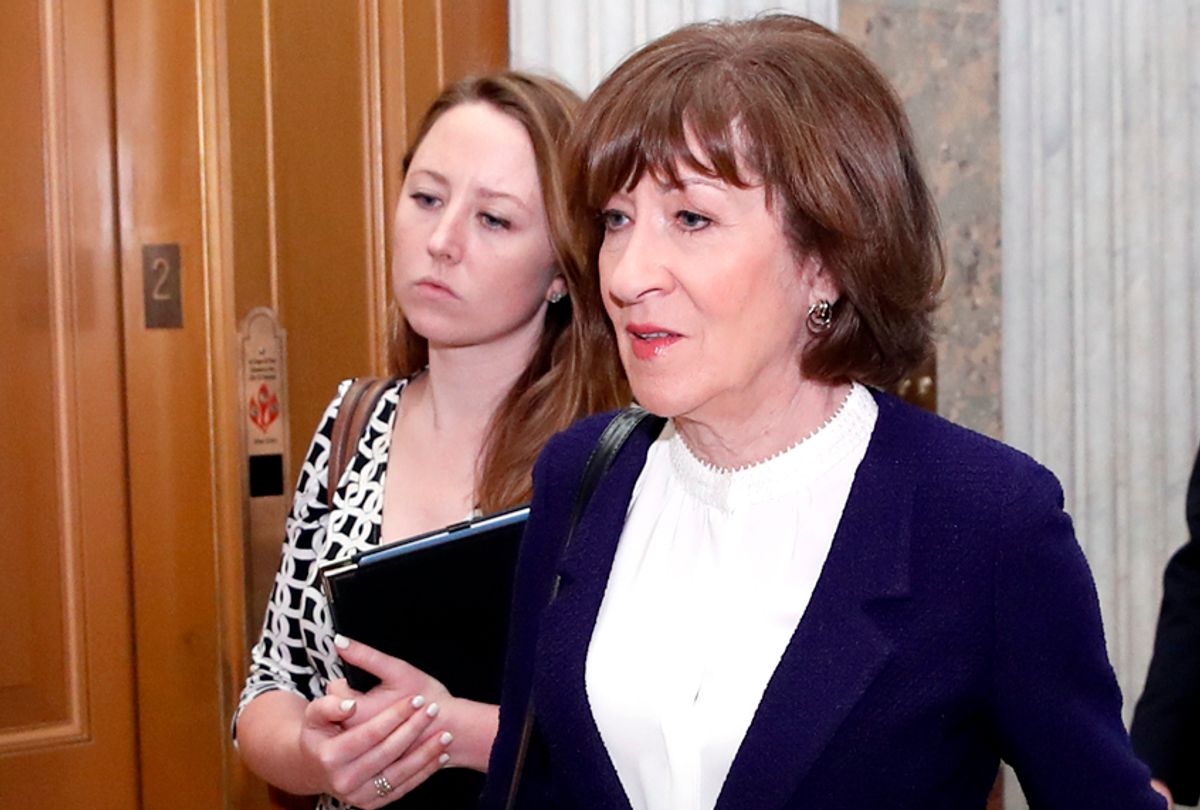 The Maine Republican angered many by voting to confirm Kavanaugh despite rape accusations that surfaced after his nomination by President Donald Trump, and her challengers are reminding voters of the strong stand Collins took to save his nomination, reported the Washington Post.

Maine state House Speaker Sara Gideon posted a photo of Collins and Kavanaugh on her Twitter account Sunday with a link to her fundraising page, saying the GOP senator put Trump and Senate Majority Leader Mitch McConnell ahead of her constituents.

Collins made a 44-minute speech defending Kavanaugh the day before the Senate confirmation vote, calling the allegations against the federal judge “a caricature of a gutter-level political campaign” based on “falsehoods.”

The senator saw the best fundraising quarter in her 23-year career following Kavanaugh’s confirmation, but she also energized Democrats, including Gideon, into ending her Senate tenure.

“Susan Collins’s vote to put Brett Kavanaugh on the Supreme Court may be paying off for her, but it’s putting women’s control over their own health care decisions in extreme jeopardy,” Gideon said in a campaign video.