Based on a Pulitzer-winning investigation, the limited series shows a broken system for sexual assault victims 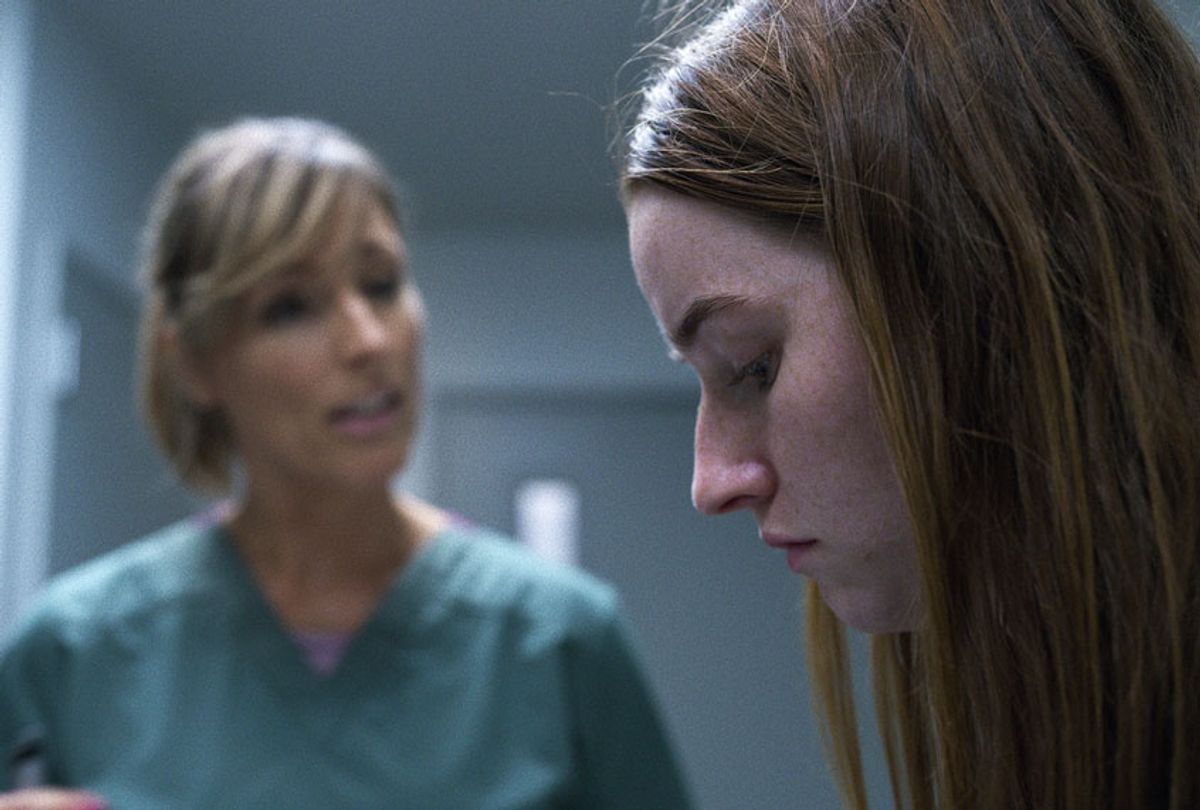 In December 2015, ProPublica, in collaboration with the Marshall Project, released a landmark investigation called “An Unbelievable Story of Rape.”  That story, which netted writers T. Christian Miller and Ken Armstrong the Pulitzer Prize, opened with, “An 18-year-old said she was attacked at knifepoint. Then she said she made it up. That’s where our story begins.”

The new Netflix series “Unbelievable” begins about a year before — the morning after Marie (Kaitlyn Dever) was raped. She’s huddled under a blanket, shaking while her former foster mother attempts to soothe her while they wait for the police. Marie is led through a full walk-through of the events surrounding the assault; the officer presses for excruciating detail. Through a series of quick-cuts and heady slow-motion clips, the story is pieced together for viewers.

Marie was in bed, sleeping. She hadn’t been able to relax for much of the night, so she finally nodded off around 4 a.m. She wakes with a start and there’s a man standing next to her bed with a knife. He is tall, wearing a gray sweater and a mask. He tied Marie up with laces from a pair of her shoes and said if she screamed he would kill her. After he finished, the attacker rolled onto her back, placed something on her stomach and took a photo.

He told Marie that if she went to the police, he’d release the photo online. She decided to report the attack anyway.

As soon as she finishes explaining, another officer comes into the apartment and asks for the same information. Then another. Then she has to go down to the station and recount the details of the rape again to a particularly brusque officer.

As Marie begins to process the emotional weight of the attack — and dreads reliving it yet again — she begins rushing through the details, while others are replaced with blacked-out screen, scored with a high-frequency tone and pulsing heart rate.

The lead officer on the case, Detective Parker (Eric Lange), starts to notice some inconsistencies in her story. Was the attacker wearing a sweater or a hoodie? Did she actually call for help while she was tied up or after she had freed herself? A probe into Marie’s troubled past — plus some additional suspicion voiced by her former foster parents — makes Parker question the whole story.

After some serious good-cop/bad-cop pressure, Marie retracts her initial report. Then she retracts her retraction. Parker reminds her that filing a false report is an offense that is punishable with jail time. Finally, they land on Marie haltingly admitting that she wasn’t, in fact, raped — that perhaps she dreamed it and it felt real, or that she was hypnotized into believing it actually happened.

Viewers can see how traumatic the whole experience is, while the cops are simply frustrated that, in their minds, Marie wasted their time and resources.

The first episode is, at times, an excruciating watch, with details slowly unfurling, emerging and eventually muddying. And that’s intentional; “Unbelievable” is a limited series, and the cadence allows us to see, from a distance, how broken the system surrounding the reporting and investigation of rape actually is.

But then in episode two, the pace quickens. It’s several years in the future, and we’re introduced to Detective Karen DuVall (Merritt Weaver) and Detective Grace Rasmussen (Toni Collette), two officers from separate districts in Colorado who are working on eerily similar, open rape cases. There are some similarities to Marie’s case, too: a man in a mask, an attacker who takes pictures of the victim, a spotless crime scene.

But DuVall and Rasmussen don’t know that yet; as DuVall put it, they just connected their two cases through  “dumb luck,” because they recognized that the districts don’t actually speak to each other about rape cases.

But as their storyline swells with momentum and anticipation, Marie’s life stalls out over her retraction of the rape claim. The media gets involved, her name is ultimately printed in the local paper, and the police department ultimately did issue a criminal citation for filing a false claim. She loses friends and privileges at the apartment complex where she lives, which serves a transitional home for youth who have aged out of the foster system.

Eventually, the stories converge over the course of an eight-episode series — brought to screen by director Lisa Cholodenko and writers Susannah Grant, Michael Chabon and Ayelet Waldman — that is both captivating and measured.

“Unbelievable,” like the investigation and article that inspired it, is an infuriating exploration of a series of governmental departments that “just don’t talk to each other,” and deconstructs how police view some victims of sexual assault as more credible than others.

While not a spotless transition from article to script — some of the dialogue is a touch stilted and the in-station investigation scenes has some elements of a dramatic  “Criminal Minds” breakthrough — it’s very much a “show, don’t tell” portrayal of the real-life events and fallout, which lands in a must-watch spot that is thought-provoking without being preachy.