"I feel like I have contributed all I can to this primary election, and it's clearly not my time," de Blasio says 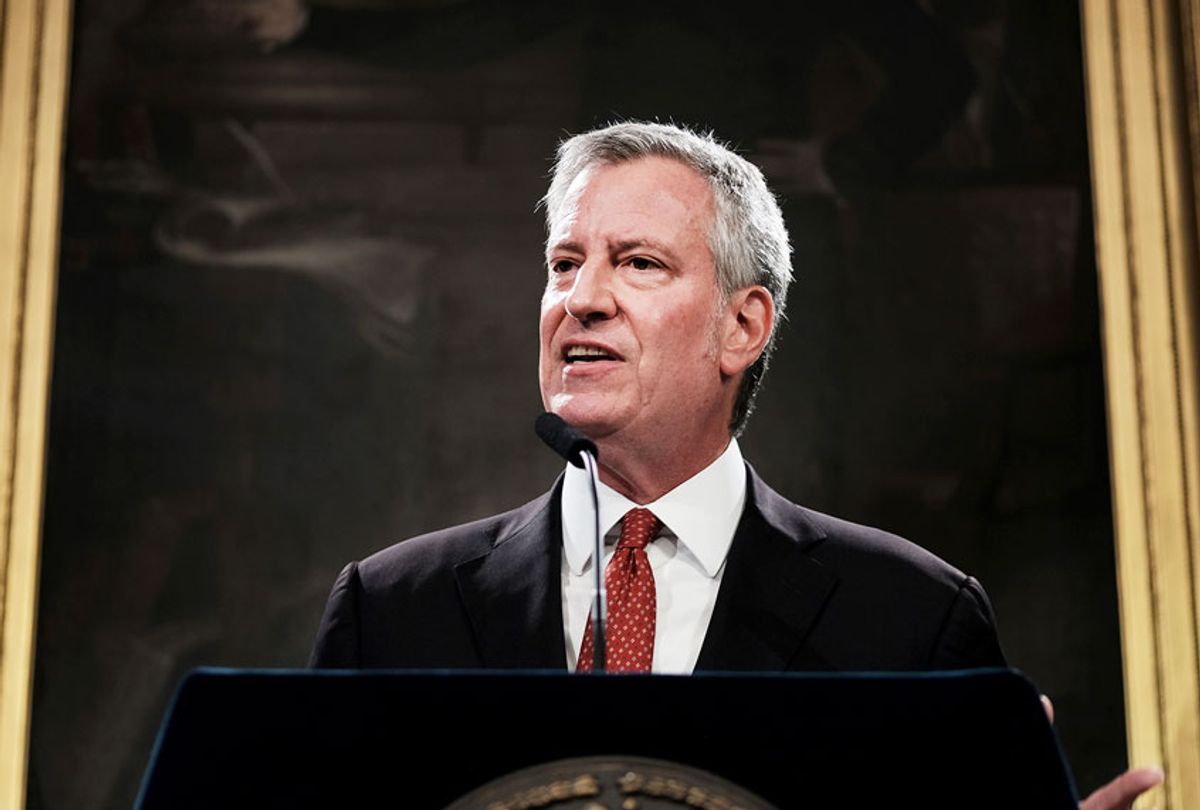 New York City Mayor Bill de Blasio dropped out of the 2020 presidential race Friday, ending a longshot bid for the Democratic nomination that was marred by sparsely attended events, low poll numbers and a host of mishaps.

"I feel like I have contributed all I can to this primary election, and it's clearly not my time, so I'm going to end my presidential campaign," de Blasio said an interview on MSNBC's "Morning Joe."

"We have a chance to get it right in 2020," de Blasio added. "Whoever our nominee is: Let's make sure we're talking to the hearts of working people."

De Blasio noted he would not be endorsing any of his fellow candidates "today" but that he would "think about" doing so in the future. He added that he would "of course" support "whoever the eventual nominee is."

In an op-ed published Friday in NBC News' Think, de Blasio said, "This campaign has been a profound experience for me. I saw America in full — not as it appears on Twitter and cable news." He vowed to keep "fighting for working people and ensuring that New York City remains the vanguard of progressivism will continue to be my missions."

President Donald Trump, a frequent critic of de Blasio, immediately commented on the news, writing in a mocking tweet that the exit from the race by the "Part time Mayor" was "big political news, perhaps the biggest story in years" and that "NYC is devastated" that "he's coming home."

De Blasio jumped into the race in May, an announcement that was met with widespread mockery and anger that largely persisted throughout his four-month campaign.

The mayor, a largely unpopular figure in both local and national politics, barely cracked 1 percent in most polls of the presidential race and struggled to gain traction in a sprawling field of Democratic candidates.

He had attempted to run on a record of progressive achievements, including enacting universal pre-Kindergarten, guaranteeing paid time off for all workers and helping to raise the minimum wage to $15 an hour. But his campaign never gained traction.

De Blasio failed to qualify for the Democratic Party's third debate earlier this month and was all but certain to fail to make the stage for the one scheduled for October.

His brief campaign was marred with sparsely attended events in primary states and a bevy of mishaps. He drew widespread media attention in August after an event he hosted in Iowa drew a crowd of no more than 20 people.

De Blasio attempted to borrow one of Trump's tactics by giving him a disparaging nickname: "Con Don." He swiftly abandoned the zinger after learning it means condom in Spanish.

He came under scrutiny from Democrats and Republicans alike in June after he quoted Cuban Revolutionary Ernesto "Che" Guevara at a rally in Miami, where hundreds of thousands of exiles have found a home after fleeing the Cuban Revolution that Guevara helped lead. De Blasio apologized for the incident.

And he faced criticism from his fellow New Yorkers for being on the campaign trail during a widespread power outage in July.

In dropping out, de Blasio joins a growing list of candidates who have ended their runs early.

But there are still 19 Democrats vying to take on Trump in 2020.