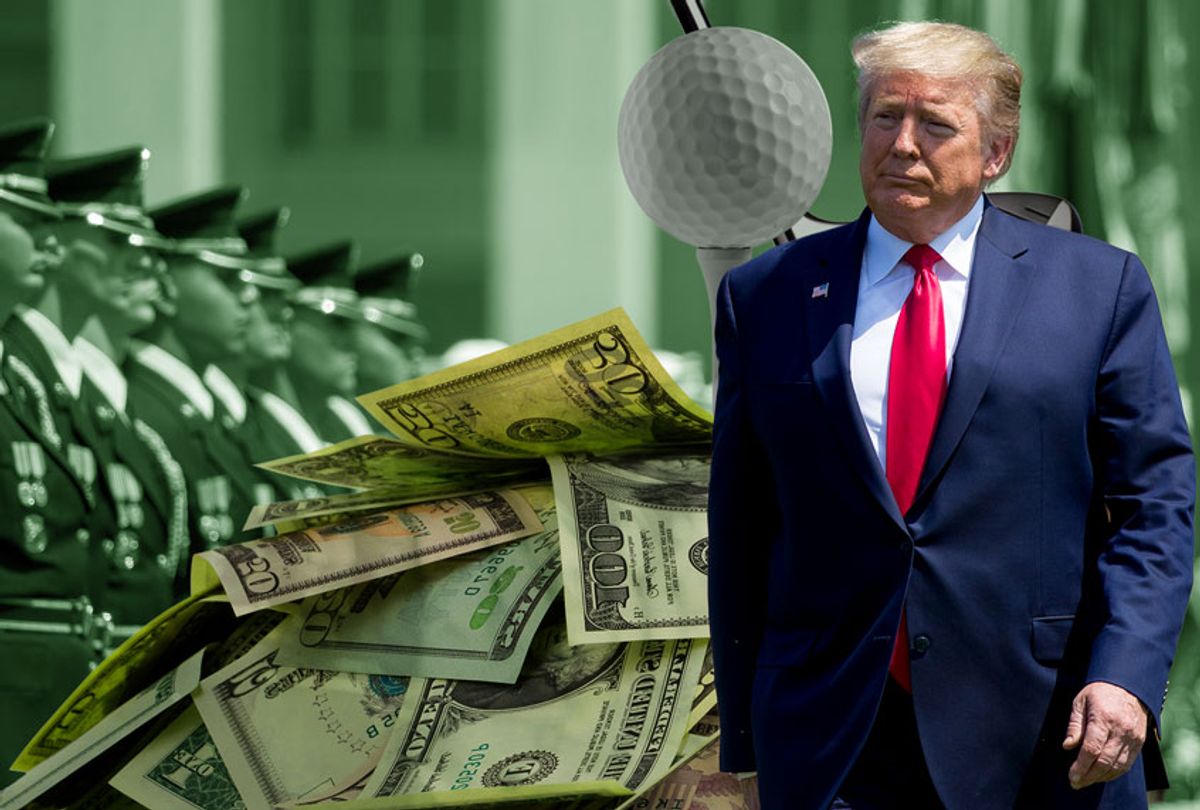 President Donald Trump faces renewed allegations of conflicts of interest between his official office and personal business after a letter from House Democrats revealed the Pentagon had spent more than $184,000 at his Scottish golf club.

In a Tuesday letter to Secretary of Defense Mark Esper, House Oversight and Reform Committee Chairman Elijah Cummings and Subcommittee on Civil Rights and Civil Liberties Chairman Jamie Raskin described how the Department of Defense had slow-walked their request for documents on Pentagon spending at Trump's Turnberry golf resort in Scotland and Glasgow Prestwick Airport.

"Although the department's response is belated and deficient," the materials provided suggest that "U.S. taxpayer funds were used to purchase the equivalent of more than 650 rooms at the Trump Turnberry just since August 2017 — or the equivalent of one room every night for more than one-and-a-half years," the pair wrote.

Between that and travel expenses, the House Democrats estimated that more than $184,000 in taxpayer money was spent on Trump businesses by the military.

Cummings and Raskin concluded their letter by pointing out that because "the president claims that he has had nothing to do with these matters," it does not make sense that "the department is coordinating its response with the White House" and withholding documents pertaining to those expenses from Congress and the American people.

"It’s a clear violation of the Domestic Emoluments Clause of Article II, which flatly and unconditionally prohibits the president from receiving financial benefits from any state or any part of the federal government over and above his congressionally fixed compensation," Laurence H. Tribe, the Carl M. Loeb University Professor and Professor of Constitutional Law at Harvard Law School, told Salon by email. "The purpose is partly to protect American taxpayers from presidential greed, but even more importantly, to prevent corruptly motivated presidential favoritism to one military or civilian branch or agency over another or for some states over others."

Delaney Marsco, the legal counsel on ethics at the Campaign Legal Center, told Salon by email that "the issues surrounding Trump’s conflicts of interest are fairly unique and are a direct result of his failure to actually divest his businesses. Federal conflict of interest laws would require any other executive branch employee to divest from financial assets that may pose a conflict with their official duties. And although those laws do not apply to the president, every other modern president — both Republican and Democrat — has behaved as if they did and divested before entering office."

She added, "The Air Force, for its part, has conceded that the military frequenting Trump’s property in Scotland can at least present the appearance of impropriety, which can undermine the public’s confidence in the integrity and impartiality of the government."

This is not the first time that potential conflicts of interest surrounding the president have come under scrutiny. In May, it was revealed that Trump had stuck American taxpayers with a $102 million tab for his trips to his various golf courses while in office. Last month, it was also revealed that Trump may have misstated the value of his Scottish golf courses by $165 million, an act which could potentially constitute a federal crime. Although there was a significant discrepancy between the estimated value of those properties filed with the British government and the value filed with the American government, Citizens for Responsibility and Ethics in Washington press secretary Aaron Rodriguez explained to Salon at the time that "none of this would be an issue if the president had followed basic ethics norms and divested from his international business interests."