The “Oscars of food” will now recognize California, Texas and New York as independent categories 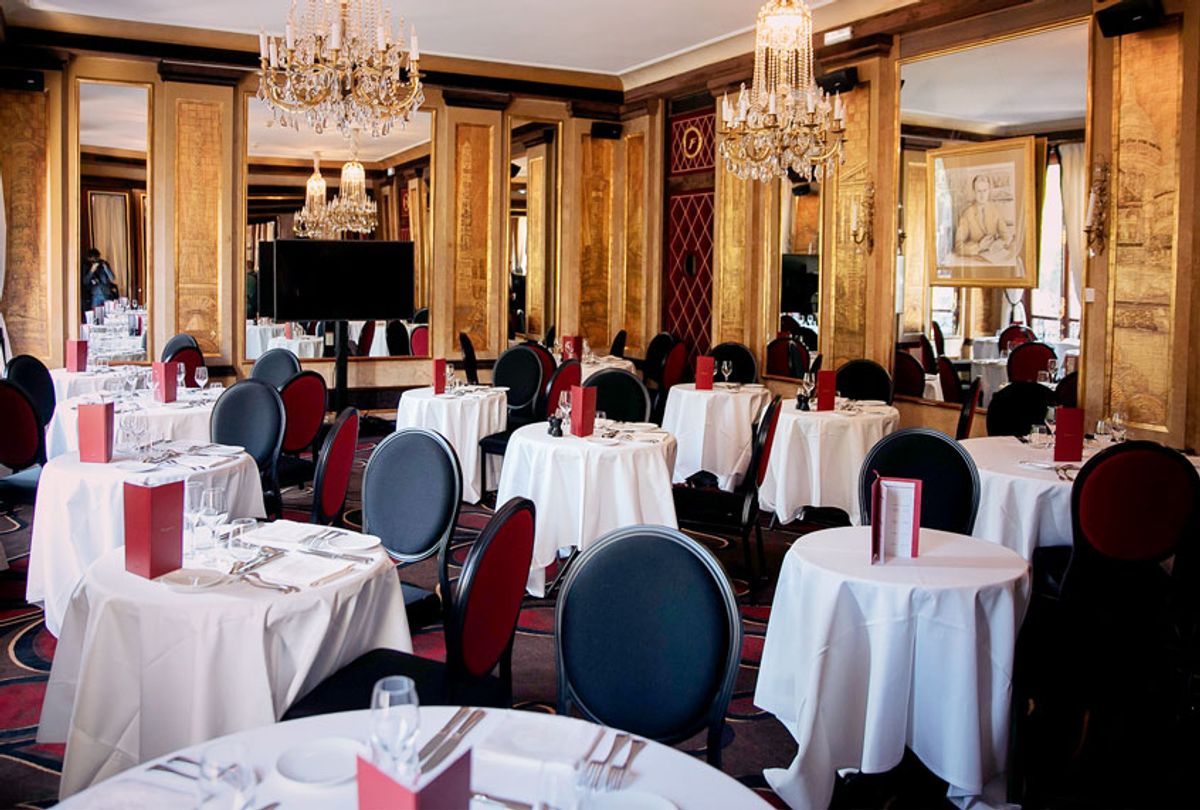 A view of a private saloon in Le Fouquet's Restaurant, prior to its reopening, on the Champs Elysees in Paris, Saturday, July 13, 2019. The famed restaurant Le Fouquet's will reopen on Sunday, Bastille Day, after it was vandalized and set on fire during the yellow vests demonstrations in March. ( (AP Photo/Kamil Zihnioglu)
--

The James Beard Awards are the “Oscars of food.” Every year, restaurants and chefs from  various regions compete for the prestigious honor. And starting in 2020, the foundation has will redistrict its geographic categories, which points to a changing understanding of the food landscape in the U.S.

Three of the regions will actually now be stand-alone states: California, Texas and New York.

The city of New York, which has been its own region since the awards began in 1991, will become part of the New York state region. Prior to this shift, restaurants outside the five boroughs were categorized as part of the northeast region, which included the six New England states.

Texas had long been a part of the Southwest region — along with Colorado, Arixona, New Mexico, Utah and Oklahoma. But in the nearly 30 years that the awards have been presented, Texas’ food scene has exploded, and culinary variations within the state itself have become apparent.

And according to Amy McCarthy,  the editor of Eater Dallas and Houston, there is more talent in the state than the James Beard Awards have been able to recognize in recent years.

“I honestly can’t even begin to describe Texas’ food scene in any kind of short answer, because it is as vast and vibrant as the state itself,” McCarthy said. “It’s a huge place, and what the cuisine is really depends on where you are: puffy tacos and Mexican in San Antonio; Viet-Cajun in Houston; Tex-Mex influenced barbecue in Austin; German sausage in the tiny town of Muenster; Lao cuisine in Irving, a suburb of Dallas.”

McCarthy said each of the states in the former “southwest” region have distinct, unique culinary identities.

“But few are as giant and sprawling as Texas,” she said. “It’s very similar to why California needed to be its own region in these awards.”

Some New York City chefs, like La Loncheria’s Danny Mena, initially questioned the decision to include the five boroughs in the New York state designation for the awards. But Mena is excited for the expanded category.

“Initially, I was kind of shocked. There was a day when I thought it made sense to separate New York City,” Mena said. “There is just so much volume that it could kind of alienate other areas of the state. But there is a lot of good stuff happening all over, so it makes sense to allow more people in.”

This is a point that was reiterated in an announcement released by the James Beard Foundation earlier this week.

“While the city’s food culture remains vibrant and dynamic, it is no longer the only or the best gastro game in town,” it read. “To recognize the incredible depth and diversity of dining in cities in other regions across the country, we are beginning to level the playing field.”

Mena also pointed out to Salon that no country’s foodways are monolithic. His book, “Made in Mexico — The Cookbook: Classic and Contemporary Recipes,” which was released this week, very much focuses on the cuisine of Mexico City, which has elements that distinguish it from other Mexican regional cuisine.

In the same vein, American cuisine is not monolithic. It’s a true melting pot that is ever-developing and deeply influenced by local ingredients and changing immigrant populations.

“Like New Mexico, Arizona — they have ingredients that are native, and they're very specific to their style of cuisine, like hatch chiles,” Mena said. “So what they are doing is very different and true to them. So I think this allows for those sorts of cuisines to develop.”