In the long-awaited "Handmaid's Tale" sequel, the regime is beginning to crack. Is Atwood's prescience back? 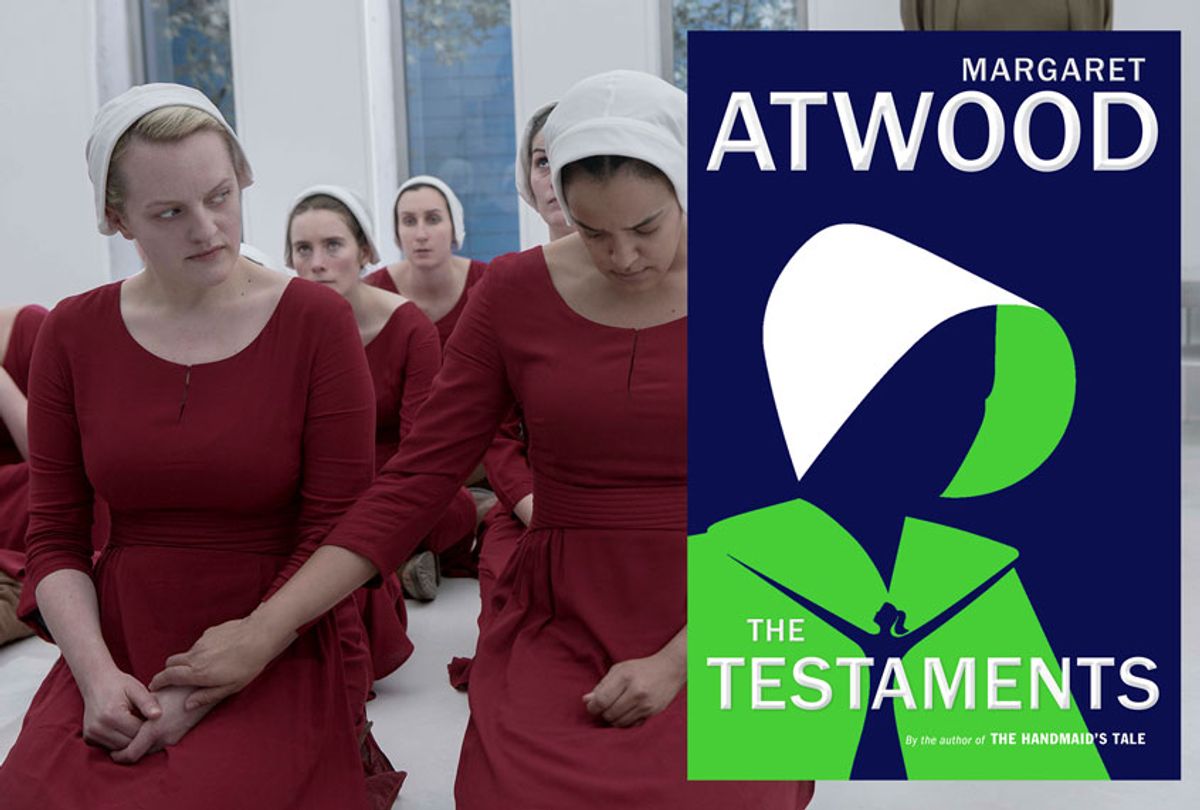 Some of the most important — and simultaneously most depressing — lines of praise about Margaret Atwood’s influential dystopian novel “The Handmaid’s Tale” center on the speculative narrative's prescience. Its inherent messages about bodily autonomy, gender roles and rebellion against a hierarchical system are just as pressing today as they were 35 years ago when it was first published.

This is what can make the Hulu TV adaption, starring Elisabeth Moss, so difficult to watch. As Salon’s Melanie McFarland wrote in 2016, following the series premiere,“the most frightening scenes are the ones that look like our version of the present or the near-future.”

In the society depicted in “The Handmaid’s Tale,” the religious right has seized power and implemented a totalitarian, theocratic regime. Abortion is illegal; non-Protestants, members of the LGBTQ community and people of color are disenfranchised. Because of years of lax environmental regulations, the reproductive rates in the Republic of Gilead — what used to be America — are startlingly low, so women who are still fertile are assigned to wealthy couples who want to conceive.

This story centers largely on Offred, who serves the Commander and his wife, Serena Joy. Every month, Offred is forced to have silent sex with the Commander, while Serana Joy — who had a heavy hand in creating Gilead — sits silently in the room, holding Offred’s hands. She is an object. Her body no longer belongs to her.

The television series, which was renewed for a fourth season in July, brought the story back to the forefront of cultural awareness. And since it began airing, people have commented on just how brutal those details are, including McFarland, who wrote, "I can't watch 'The Handmaid's Tale' now: It's so brilliant and relevant that I can't stand it."

Amidst all of this, Atwood has released “The Testaments,” a 400-page sequel to “The Handmaid’s Tale.” Nearly four decades in the making, "The Testaments" plunges readers immediately back into the now-familiar brutality of Gilead.

But while its predecessor was meant to introduce us to the horrors of that society, this novel is driven by a necessary, pulsing sense of hope; a muted heartbeat that lets readers know that there is something else, hidden amidst the icy cruelty and the subjugation, ready to burst to life.

“The Testaments” is a story told in three first-person accounts. Daisy is a Canadian girl who was smuggled out of Gilead and doesn’t fully comprehend her background. There’s villainous Aunt Lydia, whom readers will likely remember from the first book and the series; she is in charge of teaching the Handmaids about their new responsibilities (and has no qualms about implementing her electric cattle prod to drive those lessons home). Much of “The Testaments” is built around discovering what made Lydia, and what — if anything — is likely to break her.

And finally there’s Agnes, a girl in Gilead whose rich, adoptive parents intend for her to marry a powerful Commander, though she eschews the idea of marriage. This friction — which on the surface initially just appears to be a girl rebelling against her family — soon introduces the gut-punch revelation that Agnes feels women’s bodies are like “one big booby trap.”

“If there was a hole, something was bound to be shoved into it and something else was bound to come out, and that went for any kind of hole: a hole in a wall, a hole in a mountain, a hole in the ground,” Agnes confessed to a friend. “There were so many things that could be done to it or go wrong with it, this adult female body, that I was left feeling I would be better off without it.”

I read this section just days after Chanel Miller, the victim of Brock Turner’s sexual assault, revealed her identity. Her own book, “Know My Name” will be released this week; since 2015, after she was sexually assaulted by Turner, she has remained anonymous to the public, known as Emily Doe from her powerful statement at Turner's sentencing. Miller's book gives her the opportunity to speak out against the man who, as she said in the Emily Doe statement, "took away my worth, my privacy ... my confidence, my own voice."

“The Testaments” comes at a time when we as a society are having to come to terms with how women’s bodies are treated, often without autonomy. We have a president who boasts about grabbing women by the pussy. Abortion bans have been proposed in several states like Georgia, Alabama, Texas, Ohio and Kentucky. The last two years have brought wave after wave of stories about the mistreatment of women, individual and systemic:  #MeToo, Time’s Up, Jeffrey Epstein, Harvey Weinstein — the list goes on.

But while “The Handmaid’s Tale,” in many ways, serves as an excruciating parallel to our current political landscape, “The Testaments” offers a glimpse into a new future. As the characters’ lives converge, it becomes apparent that Gilead’s hold over its citizens is significantly weaker than it was decades ago.

People are beginning to ask questions, and those who have been questioning for a while, are beginning to take action. The regime is about to visibly crack, and the women of Gilead are continuing to chip away at the foundation. If, 35 years ago, "The Handmaid's Tale" foretold the struggles of today with depressing accuracy, "The Testaments" could have arrived right on time, to remind us to stay in the fight.