At the same time, Warren pulls ahead of the former vice president in the early voting state of New Hampshire 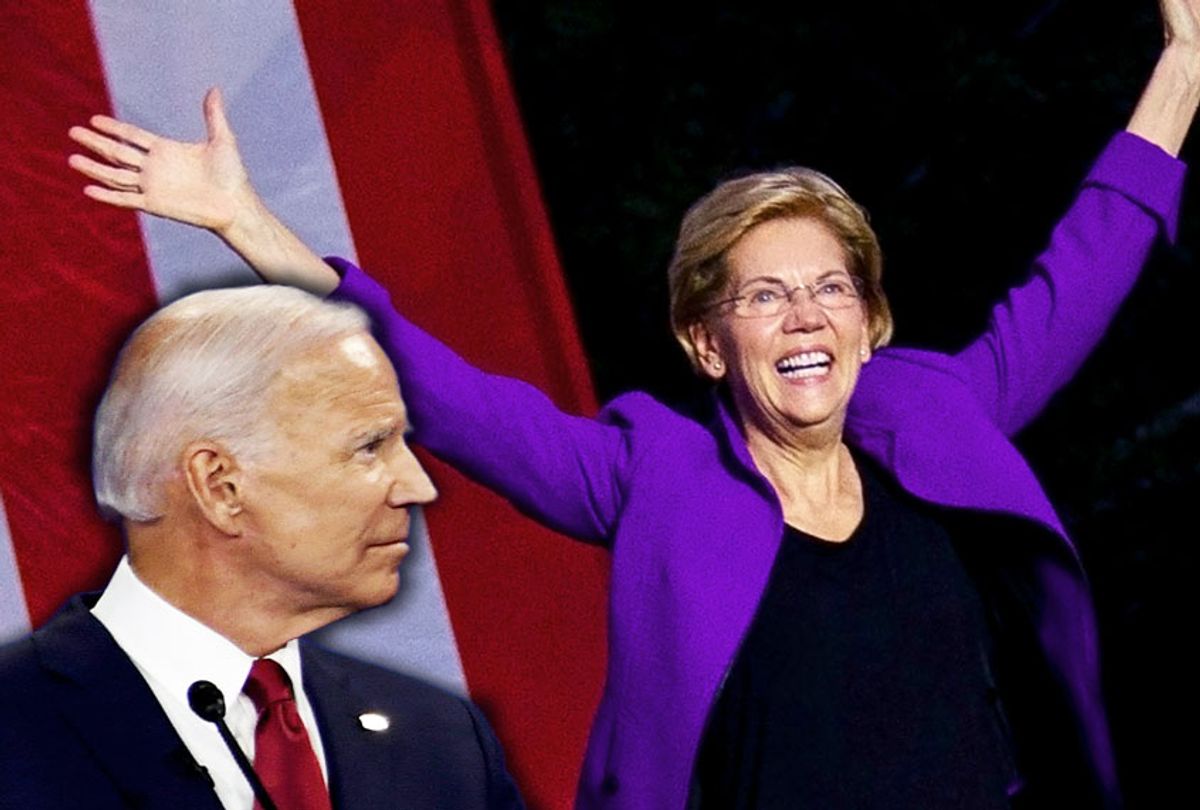 A pair of recent polls reveal that Sen. Elizabeth Warren of Massachusetts has gained on former Vice President Joe Biden in another national poll — and pulled ahead of him in the early and critical primary state of New Hampshire.

The latest Emerson national poll reveals that Biden has the support of 25 percent of Democratic voters. That’s a drop of six points from the 31 percent Biden earned earned back in August. Meanwhile, Warren rises from 15 percent to 23 percent within that same period of time. The two frontrunners are followed by Sen. Bernie Sanders of Vermont, whose support falls from 24 percent to 22 percent within that span.

Biden also shows signs of vulnerability against Warren in the poll for the New Hampshire primary, which is the second major event in the contest for the Democratic nomination after the Iowa caucuses. A Monmouth University poll found that among registered New Hampshire Democrats and unaffiliated voters considered likely to participate in the primary, 27 percent support Warren, 25 percent support Biden and 12 percent support Sanders. Because the margin for error in the poll is 4.9 percent, Biden and Warren can be considered essentially tied.

This constitutes a major drop for Biden, who was on top with 36 percent when the same poll was taken in May. Sanders has fallen from his May figure of 18 percent, while Warren has risen by 19 points from her previous result of 8 percent.

These polls reflect a larger trend of Warren closing the gap on Biden. In a national poll released by CNN earlier this month, Biden was at 24 percent (compared to 29 percent in the previous month) while Warren rose from 14 percent to 18 percent and Sanders rose from 15 percent to 17 percent over the same period. Similarly, a recent Des Moines Register/CNN/Mediacom Iowa Poll of the Iowa caucus — considered to be the “gold standard” — found that Warren was the first choice of 22 percent of likely caucus-goers, followed by Biden at 20 percent and Sanders at 11 percent.

However, not all recent polling news has brought warning signs for Biden. A national poll taken by Hill-HarrisX released earlier this week found Biden at 31 percent among likely Democratic and independent voters, followed by Sanders at 16 percent and Warren at 14 percent. Those figures represented a slight increase for both Biden and Warren, who had placed at 27 percent and 12 percent, respectively, when the same poll was taken in August.

"Different polls are going to have different results. The best route is to look at them collectively in poll averages," Kyle Kondik, Director of Communications at the University of Virginia Center for Politics, told Salon by email earlier this week. "The bulk of the data suggests that Warren’s position is improving."