Meghan McCain on Donald Trump‘s phone call with the president of Ukraine: “Is it unconstitutional?”

“I don’t think we should promise the American people he’s going to be hauled out in handcuffs,” McCain says 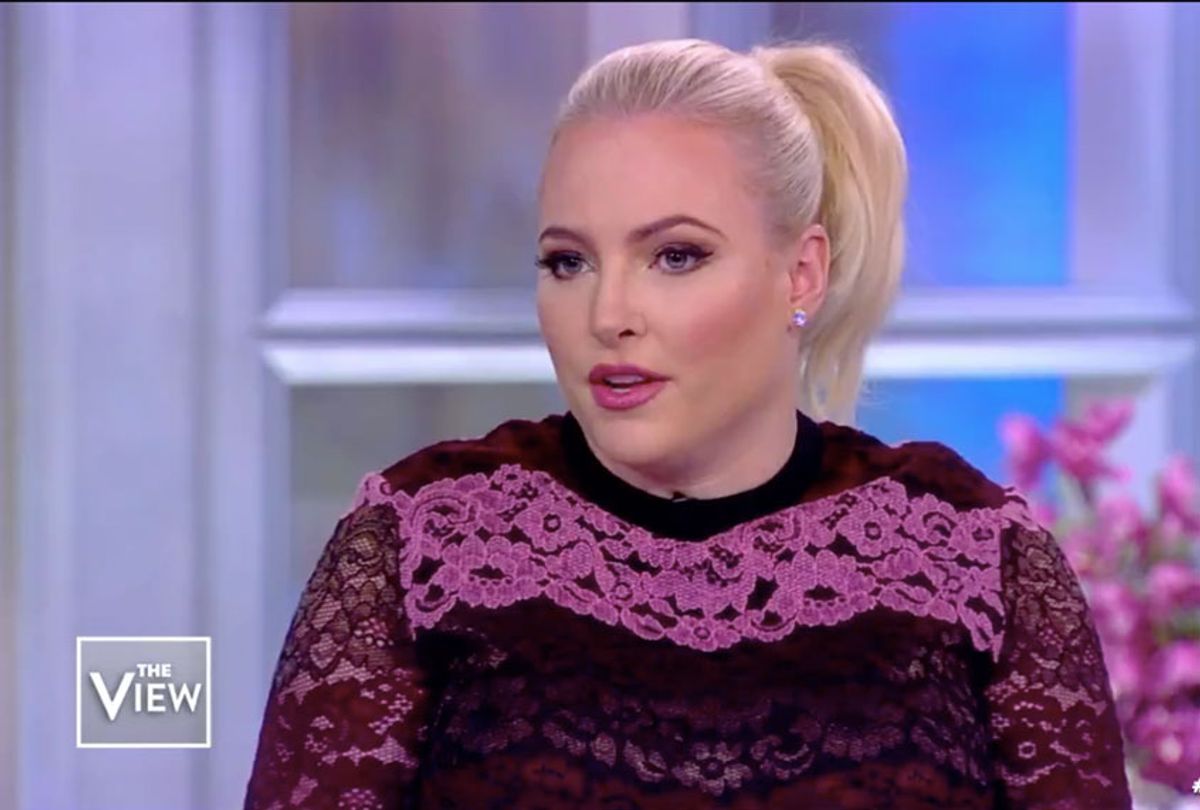 Meghan McCain expressed doubts that President Donald Trump had committed impeachable offenses, and her co-hosts patiently walked her through the evidence.

“If asking for help from a foreign entity, for something of value to help him get elected in a campaign (isn’t) a violation of campaign finance law, I don’t know what is,” Hostin said. “It’s clearly illegal.”

McCain interrupted to ask Hostin, a former federal prosecutor, to clarify something for her.

“We’re in agreement it’s unethical and bad, and it’s unprecedented,” McCain said. “The question I have for you is, so we’re going to impeach. It gets through Congress, you actually think Mitch McConnell is going to continue and pass this in the Senate?”

Hostin said the president has committed an impeachable offense, but she agreed the Republican majority in the Senate would not likely convict — but she believes Democrats should go ahead and do it anyway.

“I think it will unite this country when Americans, like during Watergate, watch what this president has been up to lining his own pockets for the good of himself,” Hostin said.

“The optics against Joe Biden are not good, either,” she said.

Hostin called attention to the portion of the call summary where Trump tells the Ukrainian president that his country’s economy would get “better and better,” after he puts Zelensky in touch with his personal attorney Rudy Giuliani and Attorney General William Barr.

“Again, is it unconstitutional?” she asked.

Hostin, Behar and host Whoopi Goldberg all assured her the president had violated the Constitution, based on evidence in the call summary — but McCain didn’t agree.

“Saying so on ‘The View’ doesn’t make it true!” McCain said.

Huntsman asked why Democrats weren’t voting to impeach if Trump had violated the Constitution, and Hostin explained that impeachment was a process that was just beginning.

“We’re still in the probe,” she said.

McCain then argued that Democrats were giving false hope to their voters about what impeaching Trump might mean.

“I don’t think we should promise the American people he’s going to be hauled out in handcuffs, which is the impression we give everyone every day,” McCain said, “that Trump is just going to get pulled out of the White House in handcuffs.”

Hostin explained the process to McCain and their viewers.

“This is the United States of America, there has to be a process,” she said. “Congress has to vote on the impeachable offenses. There has to be a hearing on those. If they vote to impeach, it goes to the Senate and two-thirds of the Senate has to convict.”

Goldberg then explained that the process would not likely be a quick one.

“Once you start this, you’ve got to get it right,” she said. “You have to have your ducks in order.”