Barr appears enmeshed in the whistleblower complaint his department rejected. Dems want him to recuse himself 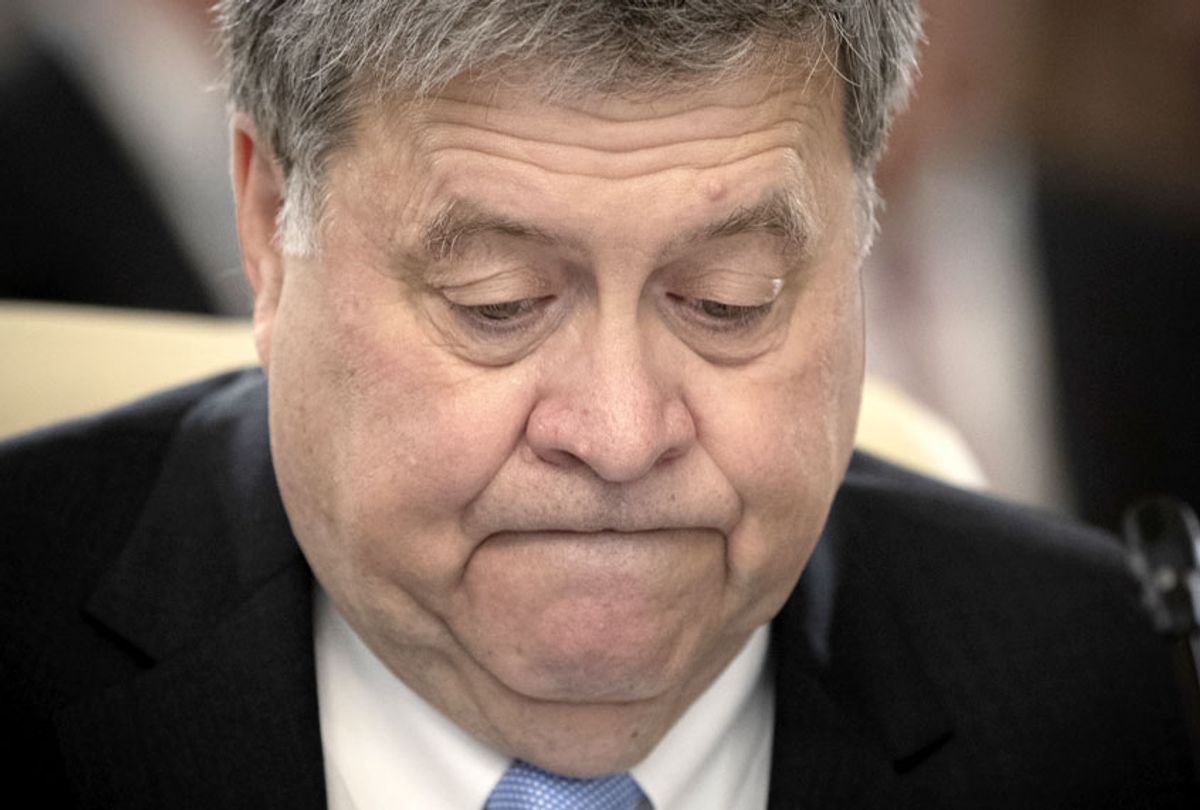 A partially redacted whistleblower complaint made public on Thursday revealed that an intelligence officer reported that Trump was “using the power of his office to solicit interference from a foreign country in the 2020 US election” by “pressuring a foreign country to investigate one of the President’s main domestic political rivals.” The complaint referred to Trump’s demand that the Ukrainian government investigate former Vice President Joe Biden and his son, Hunter, who worked for an energy firm in Ukraine. Neither has been accused of any wrongdoing.

“The President’s personal lawyer, Mr. Rudolph Giuliani, is a central figure in this effort,” the whistleblower wrote. “Attorney General Barr appears to be involved as well.”

The complaint describes the July 25 phone call between Trump and Ukrainian President Volodymyr Zelensky, noting that Trump urged Zelensky to speak with “two people the President named explicitly as his personal envoys on these matters, Mr. Giuliani and Attorney General Barr, to whom the President referred multiple times in tandem.”

The complaint notes that Giuliani met and spoke with numerous Ukrainian officials and the White House took steps to hide the transcript of Trump’s phone call with Zelensky on a special computer intended to hide classified national security information, even though the Zelensky call contained no such information.

The references to Barr in the complaint are particularly noteworthy after House Intelligence Committee chairman Adam Schiff revealed that the Justice Department previously blocked the release of the complaint to Congress before the administration caved amid pressure to release the document.

On Wednesday, a partial transcript of a phone call between President Trump and Zelensky revealed that Trump urged the Ukrainian leader to work with Barr and Giuliani on turning over information about Biden.

“A lot of people want to find out about that so whatever you can do with the attorney general would be great,” Trump told Zelensky.

The Justice Department denied that Barr knew about the call and claimed he had ever been asked to investigate the Bidens.

But Barr had appointed U.S. Attorney John Durham to investigate the origins of the Russia probe, which Trump mentioned on the call as well. The whistleblower complaint noted that Giuliani, in a Fox News interview, said that Durham was “spending a lot of time in Europe” because he was ‘investigating Ukraine.”

“I do not know the extent to which, if at all, Mr. Giuliani is directly coordinating his efforts on Ukraine with Attorney General Barr or Mr. Durham,” the whistleblower wrote.

Not only did Trump-appointed inspector general Michael Atkinson submit a criminal referral after receiving the complaint, so did the Trump-appointed acting director of national intelligence, Joseph Maguire, according to the Washington Post.

Just weeks after receiving the criminal referrals, Justice Department officials dropped the inquiry into the call. Officials “took no other steps, such as conducting interviews” in reviewing the referral and considered only whether Trump had violated campaign finance laws, even though legal analysts say there was evidence Trump also violated federal corruption statutes, the Post further reported.

Justice Department officials denied to the Post that Barr was involved with the decision to drop the probe. Democrats have demanded that he recuse himself from the Ukraine matter entirely.

“The President dragged the Attorney General into this mess,” House Judiciary Committee chairman Jerry Nadler, D-N.Y., said on Twitter Wednesday. “At a minimum, AG Barr must recuse himself until we get to the bottom of this matter.”

Barr has repeatedly faced criticism for acting more as if he were Trump’s personal attorney than the nation's attorney general. He was widely chastised for issuing a summary of the Mueller report that was sharply at odds with the report’s conclusion. Well before he became attorney general, Barr had submitted an extensive memo to the DOJ ripping the investigation into Trump.

Richard Hasen, a law professor at University of California at Irvine, told the Post that the Justice Department’s decision not to act on the criminal referrals was “laughable.”

“You’re talking about information on a potential rival that could be used in a presidential campaign ... which likely would run into the billions of dollars,” Hasen said. “I don’t think there’s any question that a prosecutor could go forward with the theory.”

After the release of the partial transcript, Trump said at a press conference at the United Nations that it was “all a hoax.”

“No pressure, no nothing, Trump said. “There was no quid pro quo.”

But Trump had blocked military aid to Ukraine just days prior to the Zelensky call, and the whistleblower complaint detailed numerous instances in which Trump’s representatives pressed Ukraine on the Biden matter.

“You normally don’t have a quid pro quo stated expressly,” former federal prosecutor Randall Eliason told the Post, adding that Trump’s request that Zelensky investigate Biden on the call was “almost as close as you can get.”

Former Watergate prosecutor Nick Akerman told Vice News that Barr has no business being involved in a case he is part of.

“This is all just absolutely outrageous,” he said. “It’s as if the department’s only job is to protect Trump. They should change their name to the Department of Cover-up.”