Heading into 2020, Trump is gaining control of U.S. intelligence 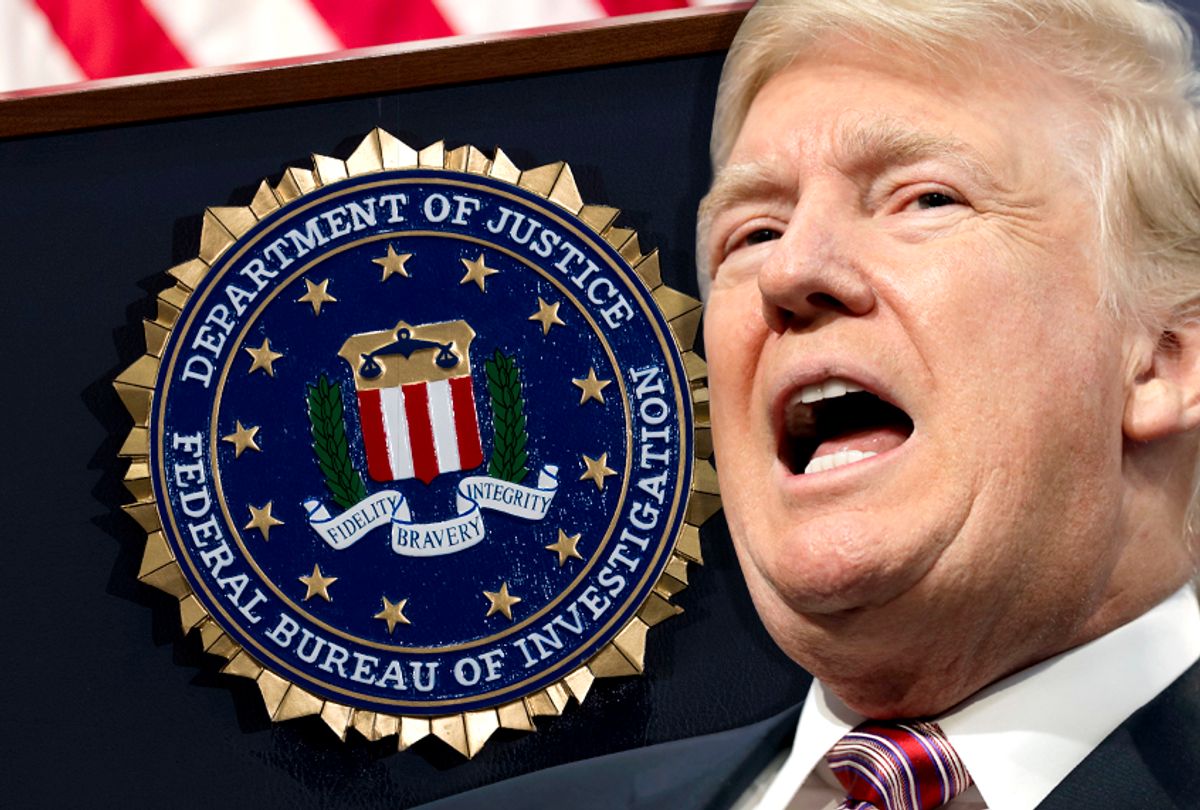 This is what White House control of the U.S. intelligence apparatus looks like: the acting director of national intelligence, Adm. Joseph Maguire, quashed the finding of his inspector general that a still-unnamed whistleblower had made serious allegations about President Trump that urgently need to be addressed by Congress.

As the story leaked out that the allegations concerned Trump’s communications with Ukraine president Volodymyr Zelensky, the president made public a summary, not a transcript, of one phone call. According to the summary, Trump offered U.S. assistance if Zelensky would investigate Hunter Biden, son of Democratic presidential candidate Joe Biden.

Advocates of impeachment are emboldened. House Speaker Nancy Pelosi came out for impeachment for the first time. Partisans of the president are blaming the Bidens. Trump is talking about Hillary Clinton’s email. But the president’s followers in the Republican Party, while disconcerted about the president’s actions, are not deserting him.

Whatever happens with impeachment, Trump’s demonization of the intelligence community — what he calls “a Crooked and Demented Deep State” — is paying dividends in time for the 2020 election. Thanks to Maguire, Congress has yet to see a complaint, while Trump and his personal lawyer Rudy Giuliani have many news cycles to smear the Bidens for “corruption” without offering any evidence or even any specific allegations of what the Bidens supposedly did that violated the law.

Earlier this year, Giuliani traveled to Ukraine in an apparent bid to have Hunter Biden scrutinized for the large financial payments he received from a Ukrainian natural gas firm that has been suspected of corruption. Hunter Biden served on the company’s board of directors for five years. One leading anti-corruption activist in Ukraine says Vice President Biden supported their efforts and there’s no evidence that Hunter Biden did anything wrong or benefited from his father’s actions. Trump wants the Ukrainian government to provide the “evidence” that he doesn’t have.

Maguire is now playing the role at ODNI that Attorney General Bill Barr plays more openly at the Justice Department: enabler of White House spin and enforcer of the president’s whims. Shane Harris of the Washington Post told Slate he believes Maguire is “not a partisan”and not “not really a big fan of the president.” Harris suggests Maguire is not happy with the position he is in. Nevertheless, Maguire followed the dubious legal opinion of Barr’s Justice Department that he cannot forward the complaint to Congress, as the whistleblower law clearly mandates.

And that is what functional control of U.S. intelligence means heading into an election year. Even a senior official who wants to present himself not “partisan” nonetheless enables a White House scheme to enlist a foreign government, dependent on U.S. aid,in his election campaign. The same official is not publicly disputing the administration’s claim that it need not disclose a whistleblower’s allegation about the scheme. The arguments against impeachment are collapsing along with the independence of the intelligence community.

The details of Trump’s abuse of office are important, but so is his bureaucratic means of evading accountability. The Office of National Intelligence is an obscure entity, among the youngest of the secret U.S. intelligence agencies. Created after 9/11, the ODNI is less an intelligence agency than a clearinghouse. It is supposed to synthesize and harmonize the work of 16 other U.S. intelligence agencies. Because the ODNI has limited statutory and budgetary authority over the other agencies, the position has been regarded as something of a figurehead that is less important than the CIA director.

Trump is out to change that. He forced out the previous DNI, Dan Coats, because he publicly supported CIA findings on Iran and North Korea at a hearing in January. The next day Trump canceled his intelligence briefing with Coats and CIA Director Gina Haspel and tweeted, “Perhaps Intelligence should go back to school.” From that day forth, Coats was a dead spy walking. He quitin July.

Maguire, director of the counterterrorism center at ODNI, was named as an interim director in August after Capitol Hill Republicans spurned Trump’s original nominee, Rep. John Ratcliffe of Texas, as a lightweight. So while Trump’s brazen bad faith obsesses his critics, left and right, his presidential authority still commands loyalty in the ranks of the agencies he demonizes.

Is Maguire privately unhappy? Or is he campaigning to win a permanent appointment? It’s hard to tell from his actions. The Washington Post reported Wednesday that he threatened to resign unless he was allowed to testify about the matter in Congress. Whatever his personal feelings, Maguire’s refusal to pass the whistleblower’s complaint to Congress gave the president a big tactical advantage over opponents who are encumbered with respect for ethics, procedure and norms.

Just as Barr’s prejudicial summary of the Mueller report enabled Trump to frame the special prosecutor’s nuanced findings as complete exoneration, so Maguire’s suppression of the whistleblower complaint has given Trump time to respond to the growing talk of impeachment without actually turning over all the evidence.

Maguire’s scheduled appearance before the Senate Intelligence Committee on Thursday will be a test of his character, Congress’s backbone, and the independence of U.S. intelligence agencies in 2020. Whether Maguire is allowed to testify remains to be seen. Either way, Trump’s plans to use the U.S. intelligence community to stifle his critics and promote his own reelection has already enjoyed an early success.