Speaker of the House Nancy Pelosi: "I pray for the president all the time" 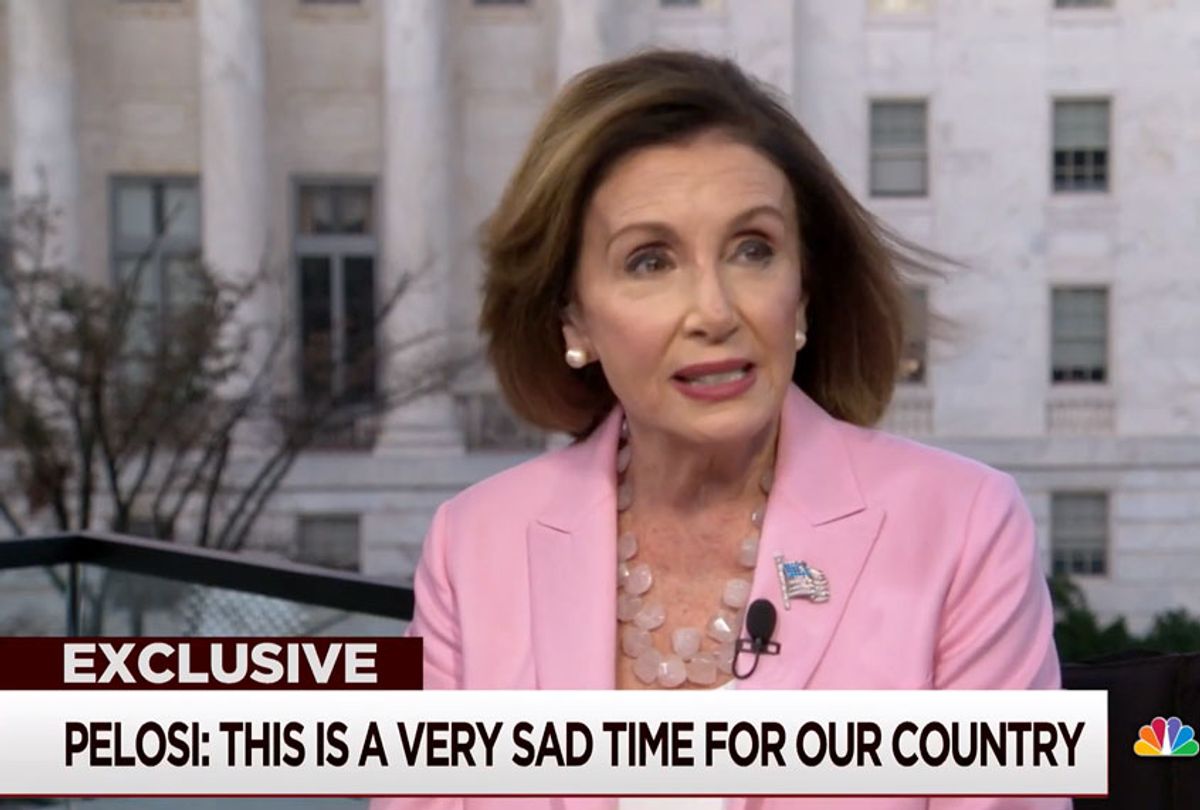 House Speaker Nancy Pelosi, D-Calif., revealed that she frequently prays for President Donald Trump while discussing the allegations that he urged Ukraine to procure dirt one of his chief political rivals, former Vice President Joe Biden, with assistance from the Justice Department.

Pelosi's comments came a day after the public release of a complaint filed by a whistleblower in the intelligence community. The complaint discusses a July 25 call in which Trump repeatedly urged Ukrainian President Volodymyr Zelensky to "initiate or continue an investigation" into Biden. The whistleblower named Trump's personal lawyer, Rudy Giuliani, and his attorney general, William Barr, as his "personal envoys on these matters" and alleged the White House engaged in a scheme to cover up Trump's conduct.

The explosive revelations are at the center of House Democrats' formal impeachment inquiry into the president, which was announced earlier this week by Pelosi.

"This is no cause for any joy. This a very sad time for our country," Pelosi said Friday on MSNBC. "The impeachment of a president is as serious as our congressional responsibilities can be apart from declaring war. We have to be very prayerful, and we always have to put country before party."

Speaking of the attorney general's handling of the president's communications with Ukraine, Pelosi argued that Barr had gone "rogue."

"I think where they're going is a cover up of the cover up, and that's really very sad for them to have a Justice Department go so rogue," she said. "Well, they had been for a while now — just makes matters worse that the attorney general was mentioned."

Pelosi lamented the fact that the acting director of national intelligence, Joseph Maguire, who testified publicly Thursday before the House Intelligence Committee, blocked Congress from receiving the whistleblower's complaint, even though it was deemed an "urgent concern" by the inspector general of the intelligence community. Under such circumstances, federal law says a complaint "shall" be transmitted to congressional intelligence committees within seven days.

"He broke the law," she said. "I think the law is very clear. When this information comes and is deemed of urgent concern by the inspector general, the director of national intelligence 'shall' convey the information to Congress."

Even though her caucus is moving forward with impeachment, Pelosi noted she still hopes to strike a deal with Trump on infrastructure and lowering the cost of prescription drugs.

Amid the growing scandal, at least 224 House Democrats — almost the entire 235-member caucus — have said they favor opening an impeachment inquiry, according to an NBC News analysis.