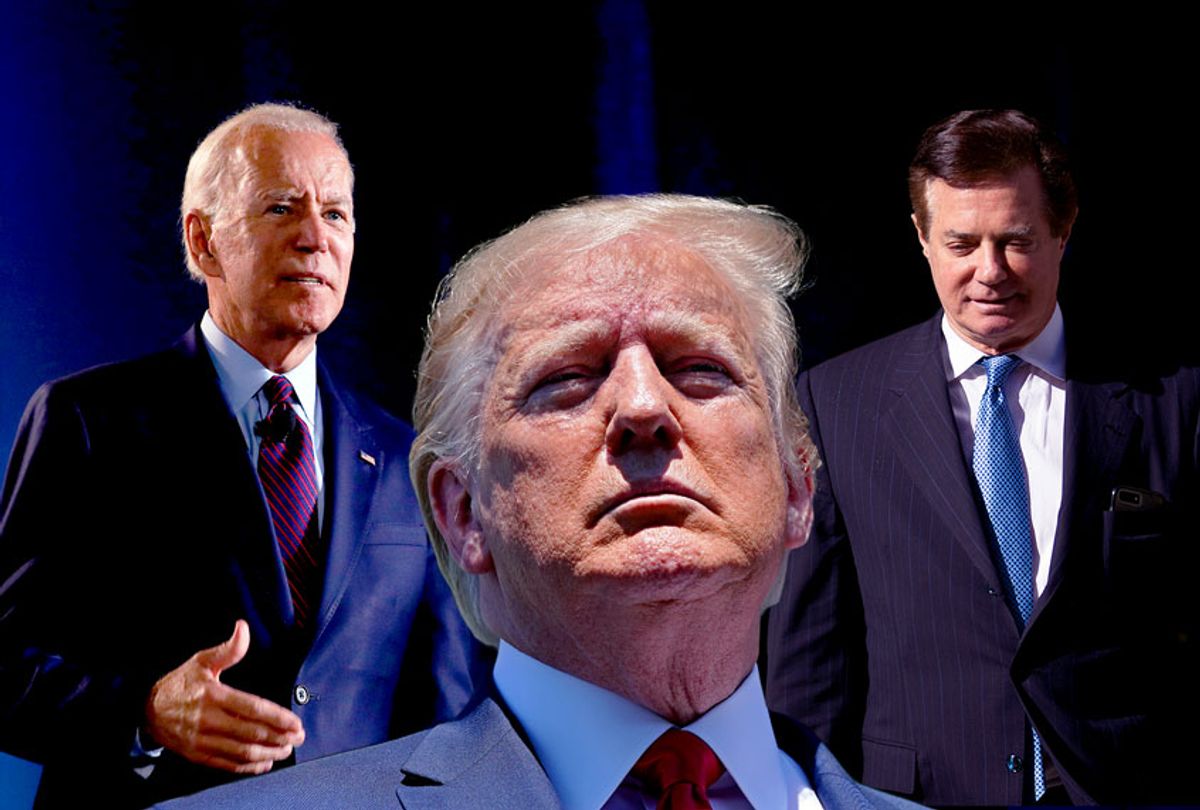 The White House released a partial transcript of a phone call between Trump and Zelensky on Wednesday, with the whistleblower complaint that has now triggered an impeachment inquiry into the president being released by Congress on Thursday. Though much of the focus has been on Trump urging Zelensky to investigate former Vice President Joe Biden and his family over a debunked conspiracy theory, the documents also revealed that Trump had pushed Ukraine to discredit special counsel Robert Mueller’s probe.

The whistleblower complaint revealed that Trump asked Zelensky to “assist in purportedly uncovering that allegations of Russian interference in the 2016 U.S. presidential election originated in Ukraine, with a specific request that the Ukrainian leader locate and turn over servers used by the Democratic National Committee (DNC) and examined by the U.S. cyber security firm Crowdstrike, which initially reported that Russian hackers had penetrated the DNC's networks in 2016.”

The partial transcript revealed that Trump asked Zelensky to work with Attorney General Bill Barr to “get to the bottom of it.”

“I would like you to do us a favor though, because our country has been through a lot and Ukraine knows a lot about it,” Trump said on the call. “I would like you to find out what happened with this whole situation in Ukraine, they say CrowdStrike … I guess you have one of your wealthy people. … The server, they say Ukraine has it.”

Trump added that “they say” that the Mueller investigation “started with Ukraine.”

The reference was to a conspiracy theory pushed by far-right pundits who have alleged that the Democratic National Committee fabricated the evidence of Russia’s 2016 hack into the DNC network.

“The hoax has its roots in a GRU persona, ‘Guccifer 2.0,’ created to cast doubt on Russia’s culpability in the DNC hack,” The Daily Beast reported.

Crowdstrike is the security firm the DNC hired to investigate the hack in 2016 and was the first to identify the GRU, Russia’s military intelligence agency, as its likely perpetrator. Though Trump apparently thinks Crowdstrike is based in Ukraine, it is actually based in California.

“Crowdstrike has nothing to do with Ukraine, except in conspiracyland, which pretends that Crowdstrike co-founder Dmitri Alperovitch is Ukrainian, and that he framed Russia for election interference both on the DNC’s orders and to punish Putin for invading his homeland,” The Daily Beast explained. Alperovitch is actually an American citizen whose family fled Russia during the Soviet era.

Trump has referred to this conspiracy theory before.

“Why wouldn’t Podesta and Hillary Clinton allow the FBI to see the server?” Trump asked the Associated Press in 2017. “They brought in another company that I hear is Ukrainian-based. … I heard it’s owned by a very rich Ukrainian, that’s what I heard.”

Trump has alleged that the DNC refused to allow the FBI to investigate. But as The Daily Beast explained in an article titled “Trump’s ‘Missing DNC Server’ is Neither Missing Nor a Server,” the DNC simply turned down an FBI request to try to access the network while the Russians were still in it, likely to stage a counter-operation. The DNC later allowed Crowdstrike to share full copies of the hacked servers with the FBI.

“With regards to our investigation of the DNC hack in 2016, we provided all forensic evidence and analysis to the FBI,” Crowdstrike said in a statement Wednesday. “As we’ve stated before, we stand by our findings and conclusions that have been fully supported by the US Intelligence community.”

In fact, the New York Review of Books reported Wednesday that the effort to dig up dirt on the Bidens in Ukraine began as a search for evidence to discredit the Russia probe and help find a rationale for pardoning former Trump campaign chairman Paul Manafort.

The report, based on records provided by a person who was involved in Trump and Manafort’s joint defense agreement, says that Trump and Manafort’s lawyers had at least nine discussions related to the effort, which was intended to provide a pretext for a pardon. Manafort was involved in the effort and provided Giuliani with information to discredit Ukrainian officials he believed were involved in revealing secret “black ledger” payments from former Ukrainian President Viktor Yanukovych, a Putin-backed authoritarian for whom Manafort had worked. That was the relationship that led to Manafort’s firing from the Trump campaign.

Giuliani essentially admitted in a May interview with Fox News that his debunked BIden claims were born out of that effort.

“The reality is I came about this by accident, investigating Ukrainian collusion with Democrats to affect the election,” he said at the time.

The New York Review of Books report revealed that the effort began in the early days of the Trump presidency. It is possible that the pressure campaign on Ukraine goes back years.

In May 2018, The New York Times reported that Ukrainian prosecutors shut down four investigations involving Manafort that dovetailed with Mueller’s investigation because they were “wary of offending” Trump while seeking to acquire Javelin anti-tank missiles from the U.S. A former prosecutor told the Times that Ukrainian leaders “concluded on their own that any help prosecuting Manafort could bring down Trump’s wrath.”

The Javelin missiles were also cited during Trump’s call with Zelensky — just before Trump brought up the DNC server.

“We are ready to continue to cooperate for the next steps,” Zelensky told Trump. “We are almost ready to buy more Javelins from the United States.”