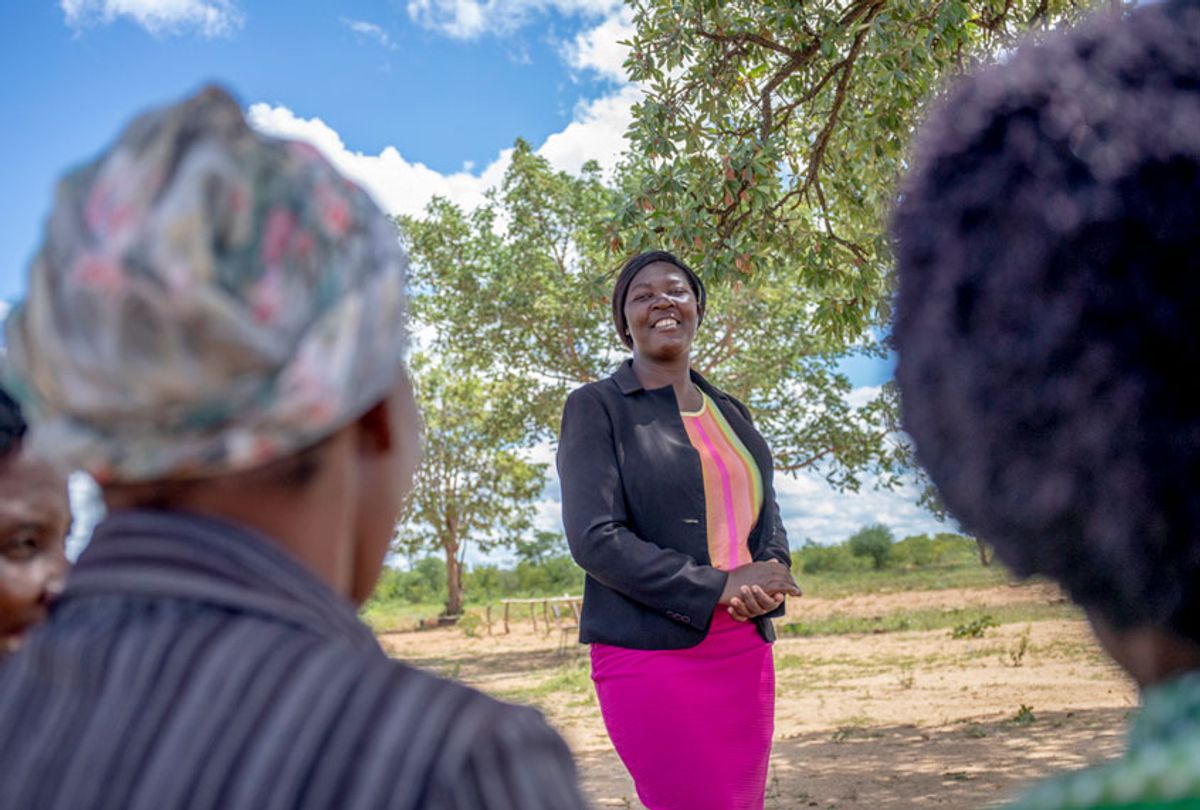 This year’s United Nations Climate Summit was an emotional rollercoaster: There was Greta Thurnberg’s 495-word speech, one for the history books; a new report on melting ice and warming oceans; and recognition of the sobering reality that effective climate measures won’t be achieved without a paradigm shift in global economics. Amidst all this, there was one huge glimmer of hope: the award given to CAMA, the alumnae network of the Campaign for Female Education — also known as CAMFED.

If you haven’t heard of CAMA (or CAMFED), don’t fret: as an NGO based in sub-Saharan Africa, it is probable that few Americans have. “Their project serves as a beacon, guiding us towards a more resilient future for all,” Niclas Svenningsen, Manager of the UN Climate Change Global Climate Action Program, said in a media release timed to the UN Global Climate Award given to the organization. “Their project trains young women from poor, marginalized farming communities across sub-Saharan Africa — and in turn provides a shining example of a scalable, effective climate solution, that’s led by young women.”

Across rural Africa, 140,000 women from Zimbabwe to Tanzania and beyond make up CAMA; about one-third of them are farmers and agricultural entrepreneurs. As alumnae of CAMFED, these women were given the financial and social resources to continue their education.

CAMFED, which is the grassroots movement that is sustained by the alumnae themselves, is an education NGO primarily: its mission is to give educational opportunities to these women in rural sub-Saharan communities. Yet unlike many Africa-centric NGOs, the alumnae organization CAMA is unique in that the non-profit specializes in “psychosocial” support and counseling — empowering local women to make systemic change themselves and on their own terms, rather than bring in Western outsiders unfamiliar with the culture and whose work can be patronizing..

As such, the organization stands in great contrast to Western-led humanitarian organizations that send foreigners over to “help” locals — arrangements that are often critiqued as neo-colonialist.

Lydia Wilbard, who is CAMFED Tanzania’s National Director and co-founded the Tanzanian chapter of CAMA, explained to me that CAMA works directly with the community. Though not a CAMFED alum herself, Wilbard knows firsthand the struggle many young woman in Tanzania face to get an education. After losing her mother when she was 10, she was sent to live with her aunt. There, she was unable to continue school, as she had to help her aunt cook, clean, collect wood and wash clothes. “We make sure that we work directly with the community, because we know, at least for us, we recognize the expertise that lies in the communities,” Wilbard said.

I started reporting on CAMFED because I was fascinated by how many women who graduated CAMFED ended up staying in their rural communities after receiving higher education. This is in great contrast to many education efforts that result in what is known as a “brain drain” — the newly-educated leaving their communities for usually more urban locales, a common problem (for impoverished and/or rural communities) in both the developing and developed world. CAMFED’s work show how education and staying in one’s community are not mutually exclusive; remarkably, the CAMFED women saw their educations as an opportunity to make their homes better.

To put this in context: in sub-Saharan Africa, 33.3 million girls do not or cannot attend school. Wilbard said that many young women are held back from an education due to housework, poverty, like she was, and sometimes even the distance of the school.

“They walk to school, they walk back every day,” Wilbard said. “I feel they are more challenged than [when I was growing up] because the safety, protection on the way to school and back home” — in other words, it's a longer walking commute to school for the students than when she was young, she says.

But what piqued the UN’s interest, and what makes CAMFED so special, is that the program is a double-whammy: educating women and fighting climate change. Specifically, many of the CAMFED alumnae ended up using their education to help their home communities’ farmers adapt to climate change.

Clarah Zinyama, CAMA’s National Chair and Agriculture Guide, grew up in a small, agrarian village in Zimbabwe. Zinyama told Salon in a video call that her parents mostly depended on subsidy farming, but they weren’t producing much food.

“It was only hand to mouth in terms of food production,” she explained. “We lived in thatched houses, two round houses, and the situation was like most incidents of malnutrition — we didn't have enough nutritious food,” Zinyama explained. “Then, with this kind of living, my parents couldn't manage to have enough money to send us to school. And this was also the same situation with other girls in my village.”

CAMFED paid her school fees, and also provided her with social support. That put her on a path to study sustainable and climate change resistant agricultural practices at EARTH University in Costa Rica. Growing up, Zinyama said, she never expected to find herself working in agriculture.

But Zinyama realized that studying farming could be powerful, and her community needed someone to start implementing innovative practices to adapt to the changing climate in Zimbabwe. One example, Zinyama shared, is how she reuses plastic bottles in her irrigation system to keep her crops hydrated in Zimbabwe. Access to clean water supply and sanitation is less common in rural Zimbabwe which results in more water bottles being used.

“I collect them and make use of them in my garden,” she explained.

Zinyama grows crops at her farm such as maize, legumes, green vegetables, tomatoes and bananas, a lot of which she supplies to local schools and supermarkets. Another technique she uses on her farm is intercropping, which means growing two or more crops in the same proximity — an excellent tactic for conserving water when it is scarce.

The UN Climate Summit revealed a strange paradox, in that many of the world’s powerful and rich leaders gathered together to discuss ways to curb carbon emissions — an act upon which our survival depends. Yet these rural African women — many of whom perhaps never imagined getting a post-secondary education — are arguably doing a better job than the aforementioned leaders. As Ireland’s first woman president, Mary Robinson, said: “Climate change is a manmade problem and requires a feminist solution.”