"In this case there are legitimate questions that ought to be asked, and we're going to continue to ask them" 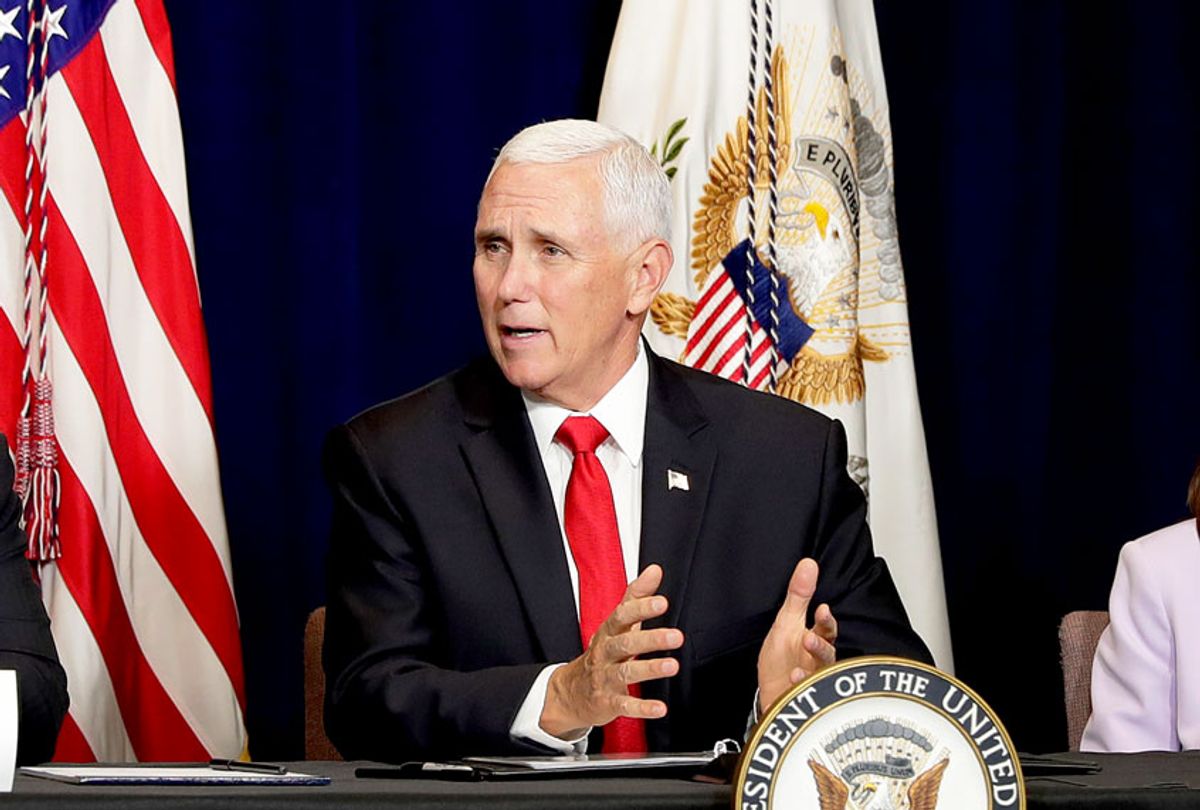 "The American people have a right to know if the vice president of the United States or his family profited from his position as vice president during the last administration," Pence told reporters after an event in Arizona. "That's about looking backwards and understanding what really happened."

"The simple fact is that when you hold the second-highest office in the land, it comes with unique responsibilities not just to be above impropriety — but you have to be above the appearance of impropriety," Pence added. "Clearly, in this case, there are legitimate questions that ought to be asked, and we're going to continue to ask them."

Pence's comments came hours after the Washington Post revealed that Pence was embroiled in the controversy over Trump's efforts to pressure Ukraine's president to investigate Biden, the leading Democratic presidential candidate in most polls. That scandal, which has engulfed the White House in recent weeks, prompted the House of Representatives to open an impeachment inquiry into Trump.

Pence told reporters Thursday that when he met last month with Zelensky, they spoke of the lack of support from allies in Europe against Russian aggression and "real issues of corruption in Ukraine."

"Those were the topics that we discussed," Pence added. "And that was all we discussed. The simple truth is that those are the same issues that the president raised with President Zelensky during that call."

Earlier on Thursday, Trump called on both Ukraine and China to investigate Biden and his son, Hunter Biden, under the guide of corruption.

He has repeatedly noted that Biden, as vice president, had pushed for Ukraine to oust its then-prosecutor for failing to properly investigate corruption in the country at the time his son served on the board of a major Ukrainian gas company. There is no evidence either Biden committed any wrongdoing.

In a July 25 phone call, Trump urged Zelensky to "look into" the Bidens over the matter. The call took place days after Trump withheld congressionally approved aid to Ukraine.

A rough transcript of the call released by the White House showed Trump asked for a "favor" and urged Zelensky to work with Attorney General William Barr and Rudy Giuliani, his personal lawyer, to investigate the Bidens.

Additionally, a whistleblower complaint to the intelligence community publicly released by House Intelligence Committee last week alleged that Trump was "using the power of his office to solicit interference from a foreign country in the 2020 U.S. election." It also claimed that White House officials were so concerned about what the president had said during the July call that they intervened to "lock down all records of the phone call, especially the word-for-word transcript of the call."

Trump has acknowledged that he asked Zelensky to investigate the Bidens but has continued to defend his actions as appropriate and his phone call as "perfect."

The House Intelligence, House Foreign Affairs and House Oversight and Reform Committees on Wednesday issued a subpoena to the White House for documents related to Trump's communications with Ukraine as part of its impeachment inquiry.