A top adviser to Vice President Mike Pence was on Trump's call with the Ukraine: report

Pence should have had access to a transcript of the call within hours, officials told the Washington Post 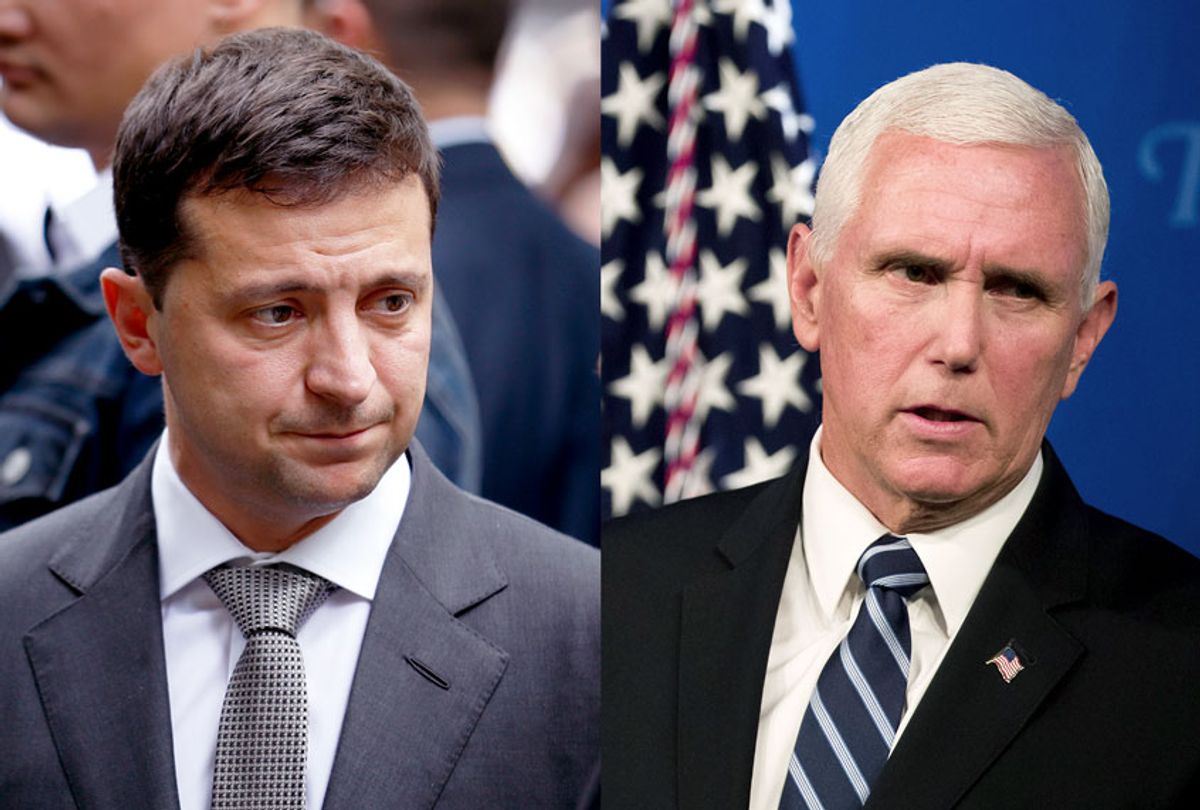 A top adviser to Vice President Mike Pence was reportedly on the controversial July 25 phone call between President Donald Trump and Ukrainian President Volodymyr Zelensky that is at the center of an impeachment inquiry.

In the call, Trump asked for a "favor" and urged Zelensky to work with Attorney General William Barr and Rudy Giuliani, his personal lawyer, to investigate former Vice President Joe Biden and his son Hunter Biden, who had served on the board of a Ukrainian gas company, according to a whistleblower complaint to the intelligence community and a memo of the call. Without evidence, Trump alleged that Joe Biden had used his influence as vice president in 2016 to end an investigation into the gas company in an effort to protect his son's business interests.

The Washington Post reported Wednesday night that a senior adviser to the vice president was on that July 25 call, and officials told the newspaper that Pence himself should have had access to a transcript of the call hours later.

White House officials told The Post that Pence likely would have received detailed notes of the president's call in his briefing book a day later, and those notes should have been part of the briefing materials he took to prepare for a meeting in Warsaw with the president of Ukraine on Sept. 1.

The officials close to Pence told the newspaper the vice president traveled to Poland for the meeting "probably without having read — or at least fully registered — the transcript" of the mid-July call. Officials close to Pence also insisted that the vice president was unaware of Trump’s efforts to urge Zelensky to procure political dirt on Joe Biden, a leading Democratic presidential candidates.

The Post also reported, citing officials who spoke on the condition of anonymity, that Trump had instructed Pence to cancel planned travel to attend Zelensky's inauguration in May, as the whistleblower complaint alleged.

During his meeting with Zelensky last month, Pence did not mention Joe Biden or Burisma, the company for which his son had served as a board member. "But former officials said that Pence’s emphasis on corruption probably would have been interpreted by Zelensky as 'code' for that issue, whether the vice president intended it or not," The Post reported.

Marc Short, Pence's chief of staff, rejected the charge that Pence was conveying a coded message to Zelensky.

"The president consistently raised concerns about corruption and the lack of burden sharing by European partners, so having run on an anti-corruption campaign, Zelensky was receptive to those messages," Short told the newspaper. "The vice president, as your reporting says, reported back to the president after the meeting and the aid was released."

A memo of Trump's call with Zelensky that was released by the White House showed the president soliciting Zelensky to investigate the Biden family. In the weeks following the public release of the memo and the whistleblower complaint, Trump acknowledged that he asked Zelensky to investigate the Bidens but has continued to defend his actions as appropriate and his phone call as "perfect."

The whistleblower complaint was made public last week. It claimed that White House officials were so concerned about what the president had said during the July 25 call that they intervened to "lock down all records of the phone call, especially the word-for-word transcript of the call."

The House of Representatives launched an impeachment inquiry into Trump amid reports that a whistleblower complaint being withheld by the administration last month centered around Trump's actions toward Ukraine, including pressuring Zelensky to investigate Joe Biden.

The House Intelligence, House Foreign Affairs and House Oversight and Reform Committees on Wednesday issued a subpoena to the White House for documents related to Trump's communications with Ukraine as part of its impeachment inquiry.