"Fox News doesn’t deliver for us anymore": Trump lashes out after poll shows most favor impeachment 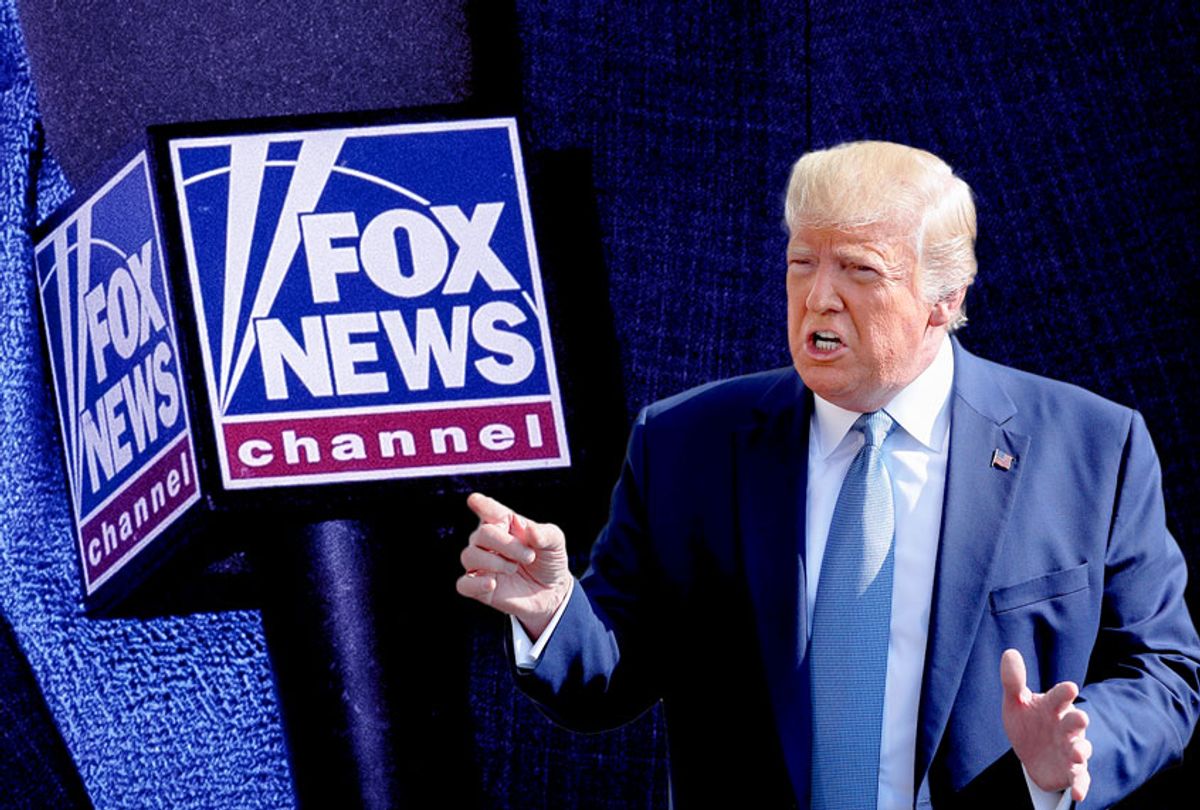 A new Fox News poll reveals that more than half of registered voters want President Donald Trump to be impeached and removed from office.

Fifty-one percent of registered voters want Trump to be impeached and removed from office as of October, an increase of nine points from when the poll was last taken in July, according to Fox News. Meanwhile, 40 percent of respondents say they oppose impeaching the president, down from 45 percent over the summer. The number of voters who want Trump impeached but not removed (which would happen if the House of Representatives passed articles of impeachment but the Senate declines to convict the president) remains roughly even — 5 percent preferred that option in July, compared to 4 percent now.

The president, who frequently invokes "fake news," responded to the uptick in impeachment fervor by attempting to cast doubt on the reliability of Fox News polls.

“From the day I announced I was running for President, I have NEVER had a good @FoxNews Poll. Whoever their Pollster is, they suck. But @FoxNews is also much different than it used to be in the good old days,” Trump wrote.

Trump then launched a series of personal attacks at Fox News personalities whose opinions he views as unfavorable, including Judge Andrew Napolitano, who has described the president’s call with Ukraine as criminal.

“With people like Andrew Napolitano, who wanted to be a Supreme Court Justice & I turned him down (he’s been terrible ever since), Shep Smith, @donnabrazile (who gave Crooked Hillary the debate questions & got fired from @CNN), & others, @FoxNews doesn’t deliver for US anymore," Trump added. "It is so different than it used to be. Oh well, I’m President!”

Trump’s attack on Napolitano, a Fox News legal analyst and former friend, is potentially revealing. The self-identified libertarian has claimed that Trump broke federal law by soliciting aid for his political campaign from a foreign national or foreign government.

"In the Zelensky phone call, he told the Ukrainian president that he needed a personal 'favor,'" Napolitano wrote of Trump in an op-ed last week. "The clear unmistakable inference is that the $391 million in aid would be held up until the favor was delivered. The favor he sought was dirt on Biden.”

Although the two used to be very close, Napolitano told Salon last year that he was not willing to change his views in order to maintain that connection.

“I have not hesitated to write — if you look at my column from two weeks ago — that much of the division in the country is caused by the choice of his words — by him and his demeanor," Napolitano said at the time. "But my friendship persists. I mean, you have to ask him why he still calls me.”

A lot has changed in terms of Trump’s political fortunes between July and October. At the end of July, the president had a phone call with his Ukrainian counterpart, Volodomyr Zelensky, during which time he solicited the Ukrainian commander-in-chief to dig up dirt on former Vice President Joe Biden. A memo of the call released by the White House suggests suggested that Trump linked providing Ukraine with military aid and equipment with following through on a “favor.” There is no evidence of wrongdoing on the part of Biden despite Trump's continued attempts to claim otherwise.