“While the administration refuses to act against Turkey, I expect strong bipartisan support,” Lindsey Graham said 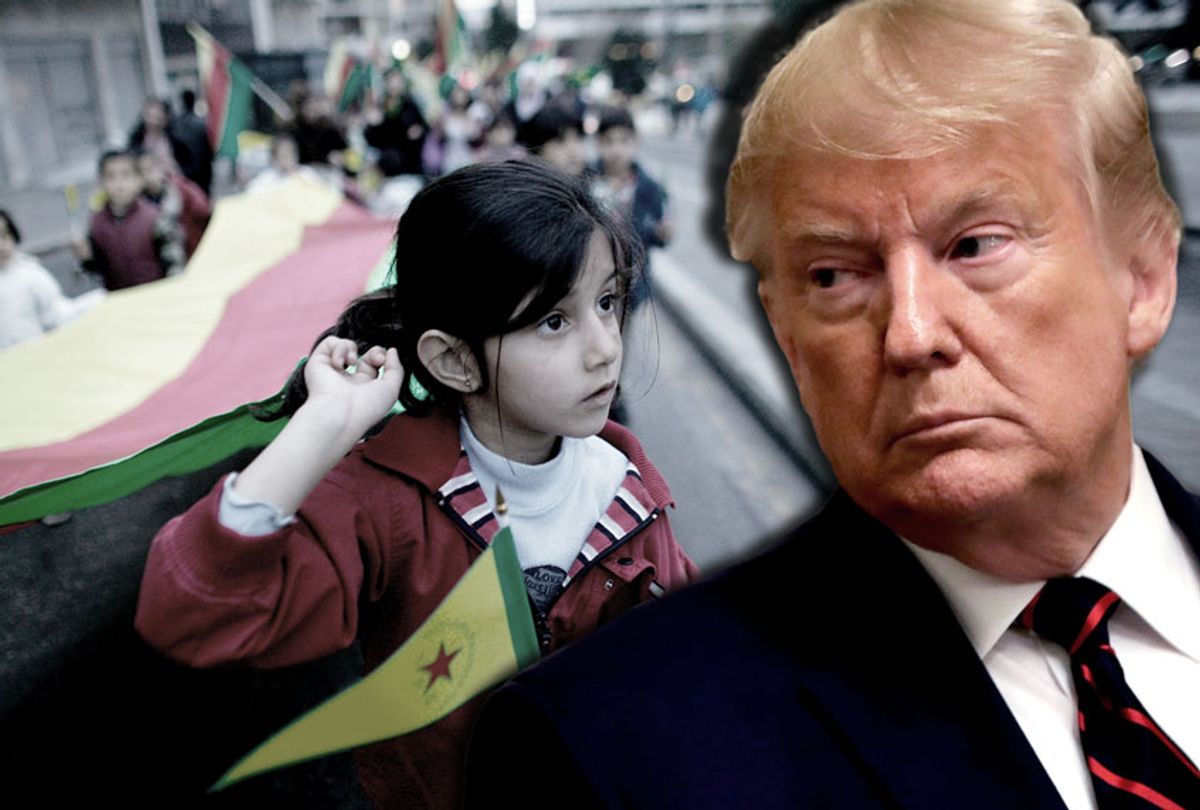 Sens. Lindsey Graham of South Carolina and Chris Van Hollen of Maryland, a Republican and a Democrat respectively, announced Wednesday that they had brokered a bipartisan agreement to impose "severe" sanctions on Turkey after it engaged in military operations against northern Syria. As of Wednesday, hundreds of U.S.-allied Kurds in northern Syria have been forced to flee as Turkish forces pepper them with bombs.

“While the administration refuses to act against Turkey, I expect strong bipartisan support,” Graham said in a tweet announcing the proposed sanctions. He added that “most Members of Congress believe it would be wrong to abandon the Kurds who have been strong allies against ISIS.”

Van Hollen also publicly expressed optimism about the legislation becoming law, tweeting that “this sanctions bill will be introduced as soon as Congress returns. Will ask for an immediate vote to send a clear message to Turkey that it must cease and desist its military action, withdraw its fighters from the areas under attack, and stop the tragic loss of life.”

President Donald Trump’s decision earlier this week to withdraw American troops from northern Syria, and thereby abandon the Kurdish fighters who had allied with the U.S. forces in the region to fight ISIS, has been met with rare bipartisan criticism. Because the Turkish government is hostile to the Kurdish forces in that area of Syria, the widespread belief was that abandoning them would encourage Turkey to attack that part of the country, which has indeed begun to happen.

“This impulsive decision by the president has undone all the gains we’ve made — thrown the region into further chaos,” Graham told the cast of “Fox & Friends” during his appearance on Monday. “Iran is licking their chops. And if I’m an ISIS fighter, I’ve got a second lease on life. So to those who think ISIS has been defeated, you will soon see.”

“A precipitous withdrawal of U.S. forces from Syria would only benefit Russia, Iran, and the Assad regime,” the highest-ranking Republican in the Senate added.

Rep. Liz Cheney of Wyoming, a member of the House Republican leadership and the daughter of former vice president Dick Cheney, said that “President Trump’s decision to withdraw U.S. forces from northern Syria is having sickening and predictable consequences . . . Congress must and will act to limit the catastrophic impact of this decision.”

Her views were echoed by Sen. Susan Collins, R-Maine, who tweeted that “today, we are seeing the consequences of that terrible decision.  If the reports of Turkish strikes in Syria are accurate, I fear our allies the Kurds could be slaughtered.”

Trump has defended his decision by arguing that America should be ending its various wars and military engagements. Most recently, he made the historically illogical claim that because the Kurds did not fight alongside the U.S. during World War II, America does not owe its ally support support in its fight against Turkey.

The Kurds “didn’t help us in the second world war. They didn’t help us with Normandy, as an example,” Trump told reporters Wednesday. "They mention the names of different battles. They weren’t there."