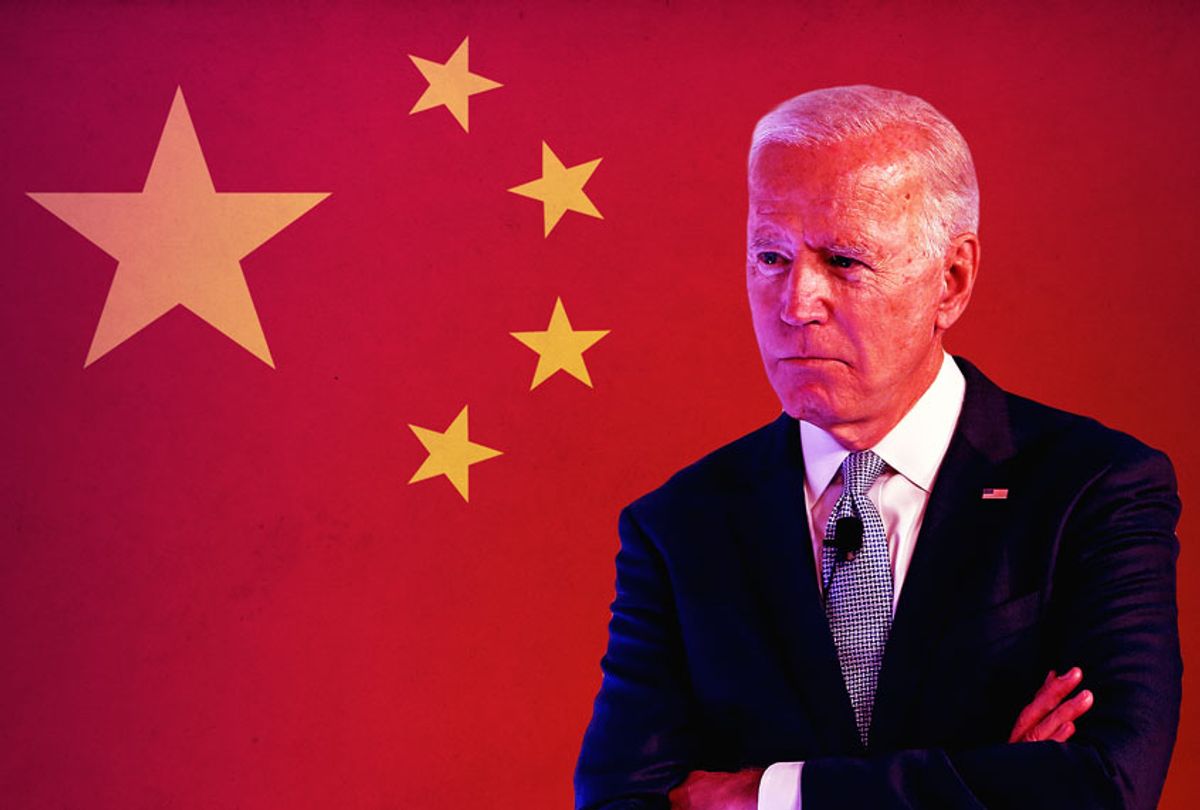 The Chinese government reportedly offered documents about the business activities of former Vice President Joe Biden’s son to an adviser to President Trump, just days after Trump publicly called on Chinese officials to investigate Hunter Biden's dealings in that country.

According to Michael Pillsbury, an informal Trump adviser whom the president has called “the leading authority on China,” Chinese officials gave him information about Hunter Biden’s business activities when Pillsbury visited Beijing last week.

“I got a quite a bit of background on Hunter Biden from the Chinese,” Pillsbury told the Financial Times.

Pillsbury’s revelation came after he told Fox Business on Wednesday that he had raised the Biden issue while in Beijing.

Despite his comment to the Financial Times, Pillsbury later denied making the statement to C-SPAN (despite clear evidence he did) and told McClatchy that all of the information the Chinese gave him was based on newspaper articles. There has been no public evidence that Hunter or Joe Biden did anything illegal either in China or Ukraine.

“I have never had any conversation with President Trump about this at any time,” Pillsbury told McClatchy. “The information the Chinese gave me is just from the newspaper stories — nothing new.”

This comes after the FBI expanded its task force on election interference to focus on activities by China and Iran, as well as Russia. A law enforcement official told McClatchy that the Chinese hope to influence U.S. politics during the election “to promote their interests and policy preferences on various issues.”

Pillsbury is a longtime fringe China hawk who rose to influence after Trump took office. He previously worked at the Pentagon under the Reagan and George H.W. Bush administrations, and has been “dismissed by critics as a mix of conspiratorial and self-promoting,” Politico reported last year.

“China should start an investigation into the Bidens, because what happened in China is just about as bad as what happened with Ukraine,” Trump told reporters last week, even though his insinuations about the Bidens and Ukraine have been debunked. His comment came after he discussed upcoming trade talks with China, saying that “if they don’t do what we want, we have tremendous power.”

Republicans have tried to downplay Trump’s public encouragement of a foreign power to interfere in the U.S. election, claiming that he was only kidding.

Republicans made similar claims during the 2016 campaign, after Trump called for Russia to “find the 30,000 emails that are missing” from Hillary Clinton’s server. Despite claims that he was just kidding, former special counsel Robert Mueller’s report revealed that hackers affiliated with the Russian military targeted Clinton’s personal office for the first time within hours of Trump’s comments.

After reaching out to Republican leaders, the Associated Press reported that all of them were either “silent or supportive” of Trump’s call for China to interfere in the election.

“I don’t think there’s anything improper about doing that,” Sen. Ron Johnson, R-Wis., who chairs the Senate Homeland Security Committee, told the outlet.

The only dissent came from the usual voices. Sen. Mitt Romney, R-Utah, called the move “wrong and appalling” while Sen. Ben Sasse, R-Neb., said any investigation into the Bidens should be by American courts, “not communist tyrants running torture camps.”

Trump is apparently referring to a joint investment fund that Hunter Biden's company, Rosemont Seneca, entered into with a Chinese state-run bank, ABC News reported. That fund sought to raise $1.5 billion, but actually has just $4.2 million in capital, Hunter Biden’s attorney told the network, of which Hunter Biden holds a 10 percent stake. The attorney added that the deal with the Chinese bank happened months earlier than Trump and his lawyer, Rudy Giuliani, have alleged.

Pillsbury’s efforts in Beijing, like Giuliani’s efforts in Ukraine, suggest that the president is quite serious about pursuing these conspiracy theories.

Speaking with Pillsbury on Wednesday, Fox Business host Lou Dobbs, himself a friend and adviser to Trump, said that the real scandal in Washington was not Trump’s pressure on foreign countries to interfere in the election but “the relationship between the Democratic Party and its collusion with China.”