Trump promised to bring offshore profits back home. Now he's doing the opposite 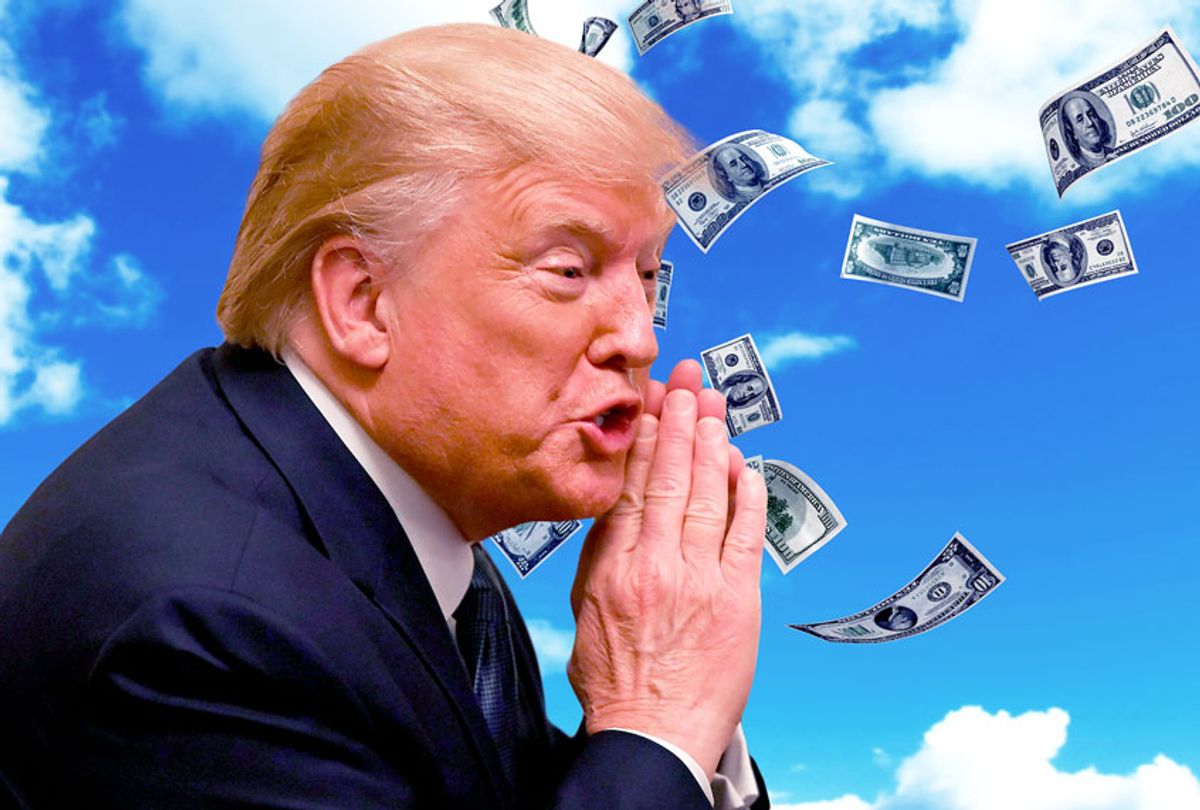 The Trump administration is considering a rule change that would make it easier for American companies to stash money offshore to avoid U.S. taxes, despite the president’s repeated campaign promises to bring offshore cash back home.

The Treasury Department is looking to weaken or eliminate Obama-era regulations aimed at preventing companies from moving their income to their overseas branches to lower their U.S. tax bill, Bloomberg reports. Treasury Secretary Steven Mnuchin, a former Goldman Sachs executive, instead wants to replace the existing rules with “something more business friendly.”

The move would be a boon to large corporations, who already saw their taxes permanently slashed by the Republicans’ 2017 tax cuts, which overwhelmingly benefited companies at the expense of individual taxpayers.

Prior to the 2016 rule, companies were able to move money to their offshore branches that they could then lend to their American branches, while deducting the interest from the tax bill. The Obama-era rule allowed the IRS to consider these inter-company loans as equity, which eliminated a key incentive for companies to move profits overseas.

Democrats slammed the administration for trying to weaken rules that allow tax avoidance when it should be creating tougher ones.

“One of the Trump administration’s top priorities has been making it as easy as possible for the wealthiest Americans and corporations to cheat and avoid taxes,” Sen. Ron Wyden of Oregon, the top Democrat on the Senate Finance Committee, said in a statement. “Rules preventing the offshoring of corporate profits should be strengthened — not weakened.”

Critics of the rule say it is no longer necessary because the tax cuts made these inter-company loans less attractive, according to Bloomberg.

Mark Mazur, Obama’s former assistant secretary for tax policy at Treasury when the rule was created, disputed that claim.

“On the face, they do slightly different things and so it’s hard to believe that the Tax Cuts and Jobs Act took care of every one of those dimensions,“ he told Bloomberg.

On its face, Republican criticism of the rule simply doesn’t align with reality. Trump had earlier claimed that the 2017 tax cuts would bring back $4 trillion in offshore profits that had been stashed overseas. Through the end of 2018, his claim fell about $3.3 trillion short, Bloomberg reported earlier this year.

The tax law slashed the rate on repatriated profits from 35 percent to a onetime 15.5 percent tax rate on cash and an 8 percent tax on non-cash assets. Trump claimed that the change would bring back $4 trillion in offshore profits, even though banks estimated that only about $1.5 trillion to $2.5 trillion was held offshore by U.S. companies. Corporations brought back less than $670 billion from the time the tax law was enacted until the end of 2018.

Researchers also rejected Trump’s claim that the repatriated profits would boost investment in the U.S.

“Policy changes have a relatively small impact on hiring and investment decisions if firms have relatively easy access to credit markets,” said a 2018 report from researchers at the University of Richmond and Claremont McKenna College.

Instead, companies have been using their tax savings for stock buybacks, in which companies buy back their own stock to return more money to shareholders.

"President Trump promised the American people he'd end the march of jobs and profits overseas," Whitehouse said in a statement at the time. "Instead, he's doled out massive new tax breaks that reward offshoring."

Democrats again called out Trump for trying to help major corporations rather than workers.