President Trump suspects that John Bolton is the culprit behind a flood of leaks against him: report

Trump has long been paranoid of leaks, but his suspicions have deepened since the launch of an impeachment inquiry 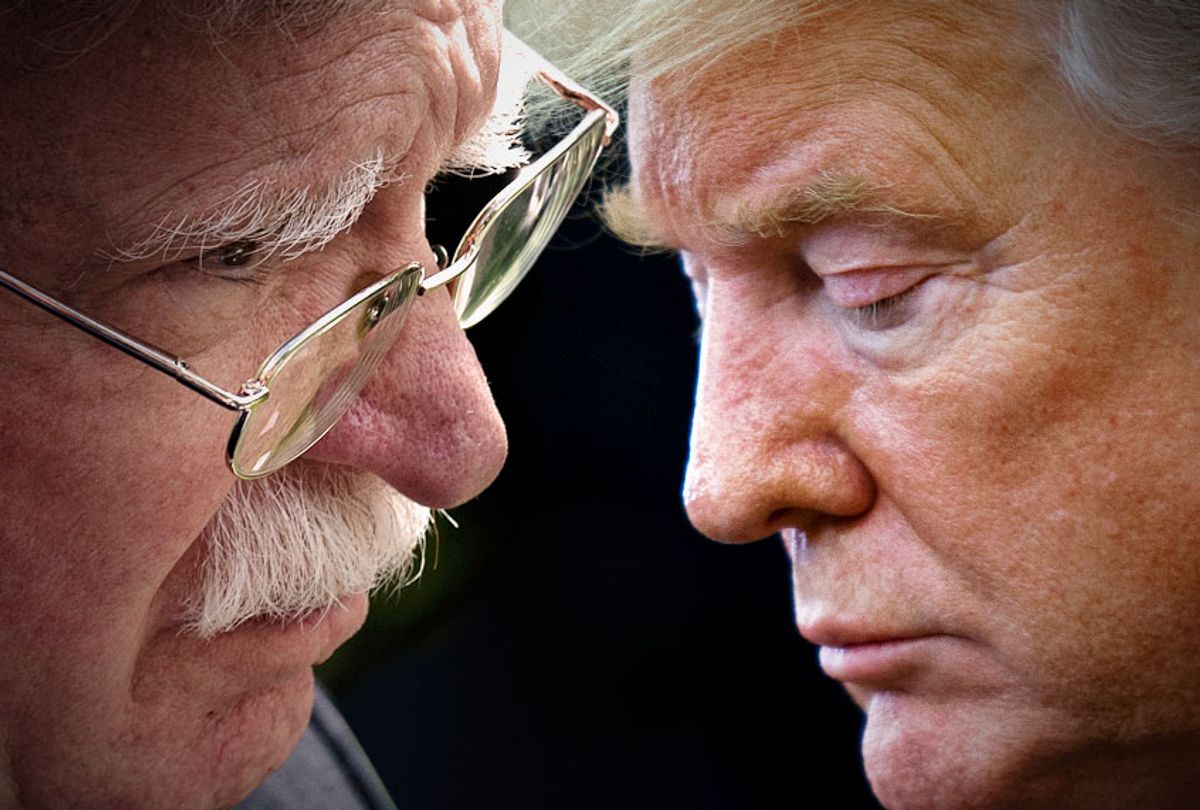 President Donald Trump suspects that former national security adviser John Bolton is out to get him.

Bolton left the White House last month, and he and the president’s relationship had soured so badly they argued over whether he quit or was fired, and Trump now suspects the hawkish career bureaucrat is behind a flood of leaks against him, reported The Daily Beast.

Three people familiar with Trump’s private conversations said the president speculated that his former national security adviser was behind the anonymous accounts that listed Bolton as one of the top officials deeply disturbed by the Ukraine pressure campaign.

“[Trump] was clearly implying something to the effect of, ‘Oh, gee, I wonder who the source on that could be,’” one source said.

Bolton told the website last month that leaking allegations against him were “flatly incorrect.”

Neither Bolton nor the White House commented on the president’s suspicions, but Trump ally Matt Schlapp told The Daily Beast that he believes the leaks are coming “career folks inside who hate Trump,” although he’s not certain about the former national security adviser.

“He’s smarter than that, although he does aggressively defend himself,” said Schlapp, whose wife Mercedes Schlapp stepped down as White House director of strategic communications in July and now works for the Trump re-election campaign.

Trump has long been paranoid of leaks, but his dark suspicions have deepened since the whistleblower complaint was revealed last month, setting in motion an impeachment process.

The president has resisted calls to set up an outside team to fight impeachment, in part because he has struggled to find lawyers to help and also because he doesn’t trust anyone else to put out his message besides himself, and apparently his personal attorney — and possible co-conspirator — Rudy Giuliani.

That approach has made his Republican allies nervous.

Trump has viewed the impeachment inquiry as part of an ongoing conspiracy to undermine his presidency, according to those who know him, and his response so far has been driven by paranoia.

But his allies worry that approach renders him incapable of accepting advice and focusing on other parts of his job.

“In my experience, what he despises is somebody writing that Donald Trump feels under siege and his emotions are this and his thinking is this,” said former campaign aide Sam Nunberg. “He hates people saying what he is thinking.”

Trump leaks on himself to counter those outside leaks, Nunberg said.

“One of his most frequent tricks in terms of talking about himself on background,” Nunberg said, “is him having the reporter say [he is] someone ‘familiar with the president’s thinking.’”

Nunberg said he hasn’t seen any recent reports that suggest Trump is cold-calling reporters to speak on background, but the president is relying on the media to fight impeachment.

“He’s apparently so anxious about GOP support in the Senate, he’s taken to sending WSJ columns against the House inquiry,” said a Senate source, referring to a White House email sent to every senator pushing a column by the Wall Street Journal‘s Kimberly Strassel.