“I want to give a reality check here to Elizabeth . . . Your idea is not the only idea," Amy Klobuchar said onstage 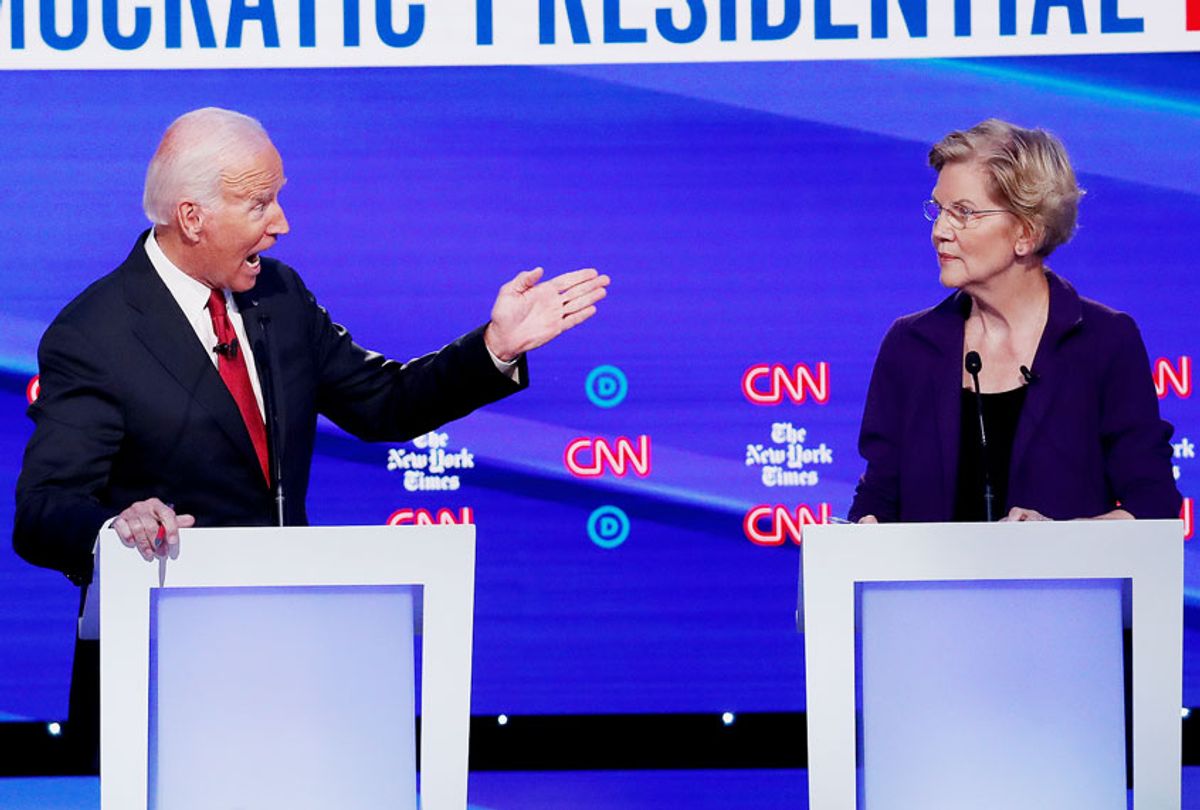 Sen. Elizabeth Warren, D-Mass., was criticized as one-sided and “punitive” by more moderate rivals on the Democratic presidential debate stage Tuesday night over her plan for a wealth tax.

Klobuchar then argued that Warren’s proposal would not help Democrats defeat President Donald Trump, and former Rep. O’Rourke, D-Texas, joined in the suggestion that Warren’s plan focused on the wrong priorities.

"Sometimes, I think that Senator Warren is more focused on being punitive or pitting some part of the country against the other instead of lifting people up and making sure that this country comes together around those solutions," O'Rourke said onstage.

Entrepreneur Andrew Yang, meanwhile, argued that while “a wealth tax makes a lot of sense in principle,” it was attempted in countries like “Germany, France, Denmark, Sweden” with “massive implementation problems and did not generate the revenue that they projected.”

When asked about her support for a wealth tax earlier in the debate, Warren challenged her fellow candidates to support increasing taxes on billionaires. The only other Democrat running for president who also supports a wealth tax in Sen. Bernie Sanders, I-Vt.

“My question is not why do Bernie and I support a wealth tax — it's why does everyone else on the stage think it is more important to protect billionaires than it is to invest in an entire generation of Americans?” Warren asked.

Warren was targeted by her fellow Democrats throughout much of the night, reflecting on her status as a frontrunner alongside former Vice President Joe Biden. In another heated exchange, Warren was confronted about whether her “Medicare for All” plan would raise taxes on the middle-class.

South Bend Mayor Pete Buttigieg claimed that Warren did not trust Americans to decide whether they want to remain on their private health insurance. And when it comes to the possibility of raising taxes on the middle-class, he told Warren: "Your signature, senator, is to have a plan for everything — except this.”

Klobuchar accused Warren of not being “honest," saying that “ I think we owe it to the American people to tell them where we're going to send the invoice.” Sanders, who also supports “Medicare for All,” acknowledged that “I do think it's appropriate to acknowledge taxes will go up. They will go up significantly for the wealthy."