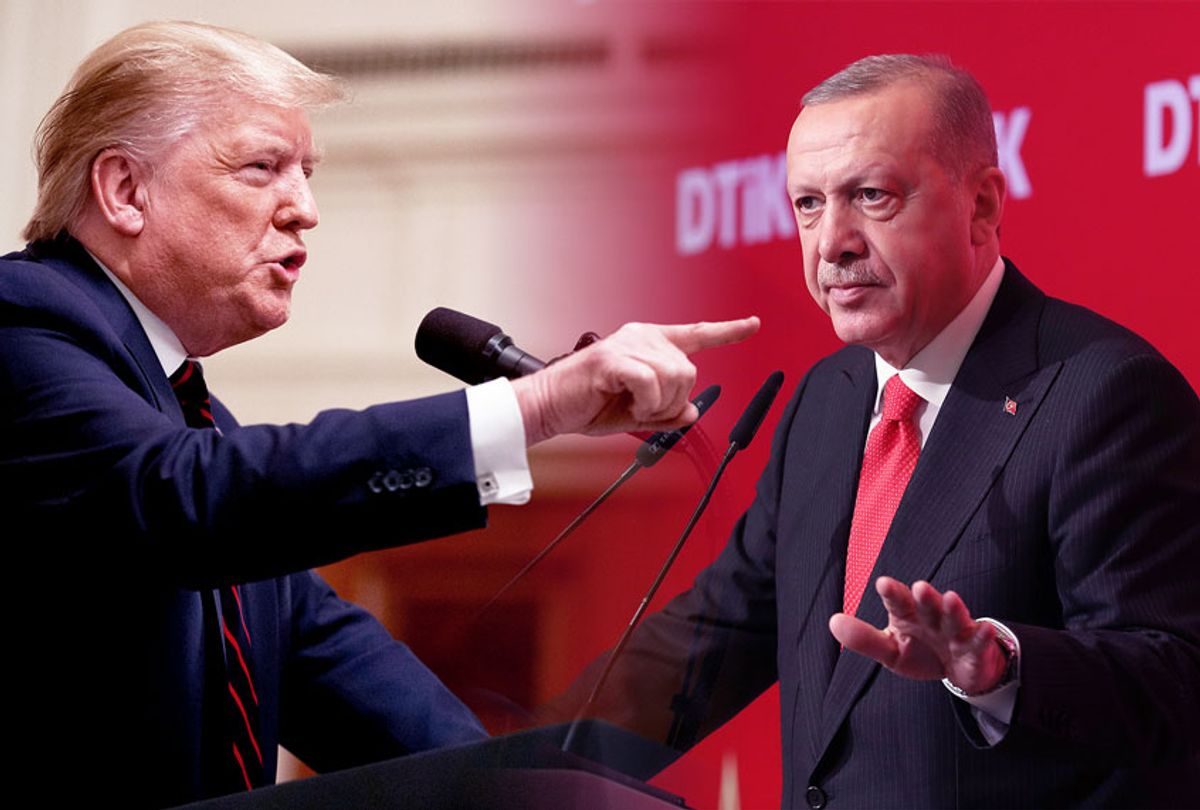 Turkish President Recep Tayyip Erdogan rejected President Trump’s letter urging him not to be a “tough guy” and threw it in the trash, a source close to Erdogan told the BBC.

"President Erdogan received the letter, thoroughly rejected it and put it in the bin,” a Turkish presidential source told the network.

Trump released his bizarre letter to Erdogan, prompting reporters to question the White House whether it was even real. Apparently it was.

The letter was sent following a phone call between the two in which Erdogan reportedly “out-negotiated” Trump, after which the White House announced that Turkey was now free to roll into northern Syria and attack America’s Kurdish allies. Turkey has long considered the Kurds a terrorist threat, although Kurdish fighters were instrumental in the U.S. campaign against ISIS in Syria.

Trump later claimed that he had not endorse the Turkish invasion and later imposed new sanctions on Turkey, which were derided by House Speaker Nancy Pelosi.

“His announcement of a package of sanctions against Turkey falls very short of reversing that humanitarian disaster,” Pelosi said in a statement. “President Trump gave Turkey the green light to attack our Kurdish partners, betraying the thousands of fighters who gave their lives to keep the world safe from the barbarism of ISIS. His erratic decision-making is threatening lives, risking regional security and undermining America’s credibility in the world.”

On Thursday, Vice President Mike Pence and Secretary of State Mike Pompeo were dispatched to Turkey to meet with Erdogan in hopes of negotiating a ceasefire. Erdogan initially balked at meeting with Trump’s underlings but ultimately met a steely-faced Pence in Ankara for several hours. The meeting took place after Trump essentially undercut his own administration’s position, declaring that the fight between Turkey and the Kurds “has nothing to do with us.”

Pence's summary was somewhat different. He claimed that Trump had told Erdogan “very clearly that the United States of America wants Turkey to stop the invasion, implement an immediate cease-fire and to begin to negotiate with Kurdish forces in Syria to bring an end to the violence.”

Trump was confronted at a White House meeting on the issue Wednesday by Pelosi, who later told reporters that Trump had a “very serious meltdown” and had called her a “third-rate politician.” That encounter did not stop the House from approving a resolution expressing opposition to Trump’s decision to abandon the Kurds, which drew the support of two-thirds of House Republicans and all three of the party’s leaders.

Speaking to reporters in the Oval Office on Wednesday, Trump dismissed concerns about Russia’s involvement in the region, ISIS prisoners who have reportedly escaped amid the fighting, and the Kurds’ alliance with the U.S.

Despite all that, Trump said he backed Pence and Pompeo’s effort to negotiate a ceasefire, while insisting that Erdogan’s vow that he would “never declare a ceasefire” was not real.

Asked about Erdogan's rejection of a possible truce, Trump responded, “He didn’t say that at all.”