“I know the president is very grateful for President Erdogan’s willingness to step forward," Pence says 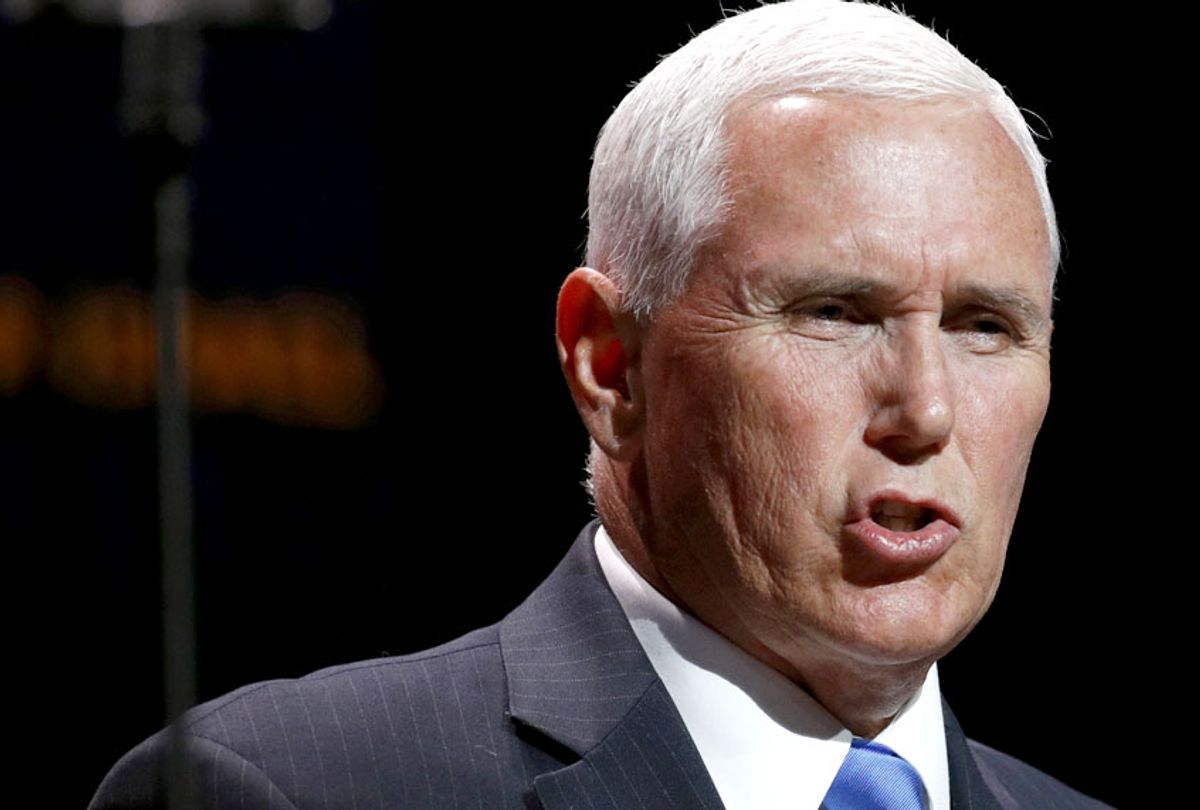 Vice President Mike Pence announced Thursday that Turkey had agreed to a five-day ceasefire of its pursuit of military action in Syria, a move which allow for the retreat of Kurdish allies.

“It will be a pause in military operations for 120 hours while the United States facilitates the withdrawal of the YPG from the affected areas in the safe zone,” Pence said while standing next to Secretary of State Mike Pompeo in the Turkish capital of Ankara. "And once that is completed, Turkey has agreed to a permanent cease fire, and the United States of America will work with Turkey — will work with nations around the world — to ensure that peace and stability is the order of the day in this safe zone on the border between Syria and Turkey."

The sanctions imposed against the NATO ally Monday by the executive branch are set to be lifted upon withdrawal. The cease-fire agreement also includes a promise by the Turkish government not to incur military action against Kobani, a strategically important border town which was captured Wednesday by Syrian forces aligned with President Bashar Assad.

“I know the president is very grateful for President Erdogan’s willingness to step forward, to enact this cease-fire and to give an opportunity for a peaceful solution to this conflict that commenced one week ago," Pence said Thursday.

The cease-fire announcement occurred as the president continues to reel from the effects of his sudden decision to withdraw American troops from Syria.

“If Turkey goes into Syria, it is between Turkey and Syria,” Trump said as he doubled down on his decision Wednesday. "It’s not our problem."

"The Kurds are much safer right now, but the Kurds know how to fight," he added. "And as I said, they’re not angels.”

It was not the first time that Trump disparaged the Kurds in order to justify effectively abandoning them to the Turkish government. Last week, the president defended his actions by saying that the Kurds “didn’t help us in the second world war. They didn’t help us with Normandy, as an example. They mention the names of different battles. They weren’t there."

Senate Majority Leader Mitch McConnell of Kentucky earlier said that “a precipitous withdrawal of U.S. forces from Syria would only benefit Russia, Iran, and the Assad regime.” Sen. Susan Collins of Maine tweeted that “we are seeing the consequences of that terrible decision.  If the reports of Turkish strikes in Syria are accurate, I fear our allies the Kurds could be slaughtered.”

Rep. Liz Cheney of Wyoming, a member of the House Republican leadership and the daughter of former vice president Dick Cheney, added that “President Trump’s decision to withdraw U.S. forces from northern Syria is having sickening and predictable consequences . . . Congress must and will act to limit the catastrophic impact of this decision.”

The president’s Wednesday remarks were met with swift condemnation from one known Trump loyalist: Sen. Lindsey Graham, R-S.C. Graham tweeted that “I fear this is a complete and utter national security disaster in the making, and I hope President Trump will adjust his thinking."

In 2012, the future president opened two conjoined Trump Towers in the Turkish capital of Istanbul, according to Newsweek. And Erdogan has used Trump’s investment in those towers to pressure him on foreign policy before. After he ordered Trump’s name to be taken off of the towers following the president’s call for a Muslim ban in 2016, Erdogan eased up as Trump supported the Turkish despot’s crackdown against political opponents after an unsuccessful coup attempt.