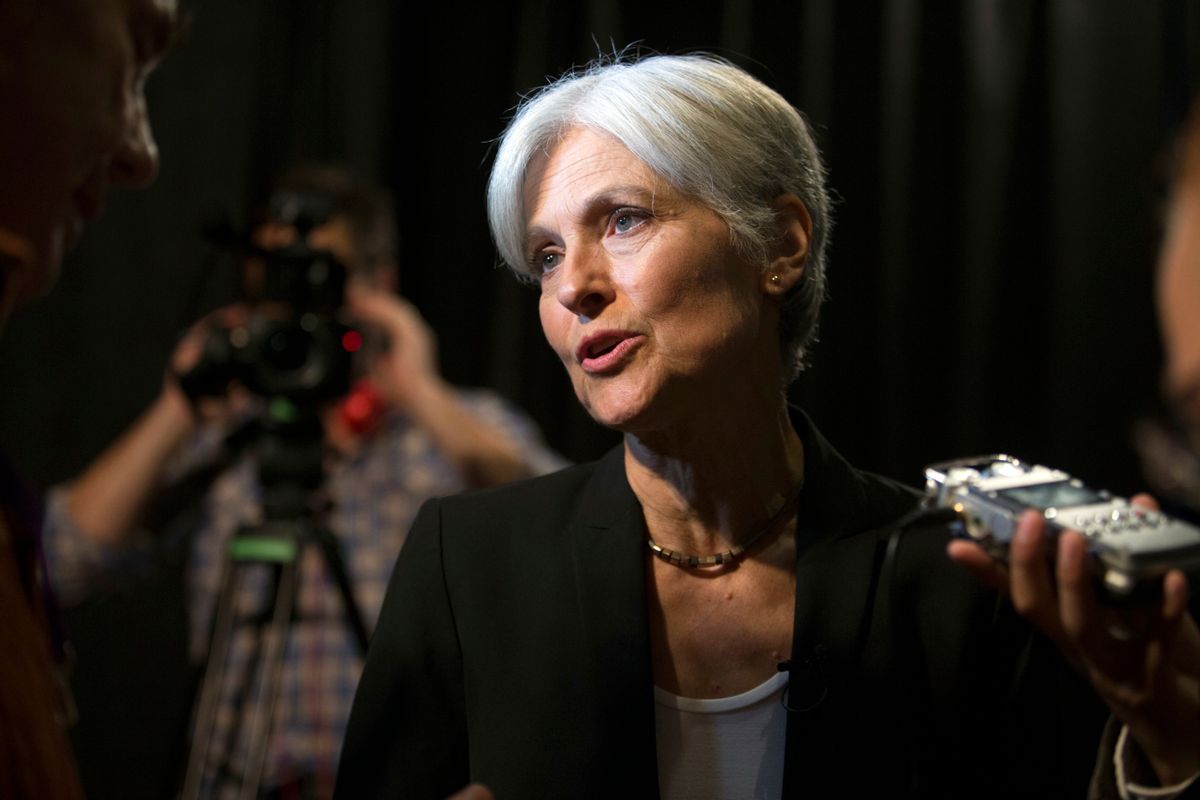 Former Secretary of State Hillary Clinton on Friday made the baseless claim that Dr. Jill Stein, the Green Party's 2016 nominee for president, was a Russian agent — an allegation that was met with derision from Stein and an invitation to debate.

"In light of the latest slanderous allegations from Hillary Clinton, I challenge her to a debate," tweeted Stein.

"It's a shame HRC is peddling conspiracy theories to justify her failure instead of reflecting on real reasons Dems lost in 2016," Stein added.

Clinton, who lost the 2016 presidential election to Donald Trump, made the comments in an interview with David Plouffe on his Campaign HQ podcast.

The former secretary of state also claimed that Rep. Tulsi Gabbard, D-Hawaii, a candidate for the Democratic nomination in 2020, has been compromised by Russia.

"She's the favorite of the Russians," said Clinton, who also claimed that Gabbard is being set up to run as a third-party candidate. "They have a bunch of sites and bots and other ways of supporting her so far."

The comments didn't sit well with Noah Schachtman, editor-in-chief of The Daily Beast.

"I hope Hillary has solid evidence for this," said Shachtman. "Otherwise, it's an incredibly fucked up thing for someone of her stature to just blurt out."

According to The Washington Post, Clinton has yet to back up her remarks:

Clinton did not provide any evidence for her claim, though a spokesman later insisted to CNN, "This is not some outlandish claim; this is reality."

Grayzone journalist Aaron Maté called Clinton's comments "vile" and centered them in the context of the broader narrative of Democrats smearing opponents as "Russian dupes."

As The Intercept's Glenn Greenwald pointed out, Clinton herself is no stranger to conspiracy theory slurs.

"This is on the level of those who accused Hillary of murdering Vince Foster and running a drug ring out of that Mena runway," said Greenwald. "It's unhinged and shameful — but completely in line with standard Democratic tactics."