After two inconclusive elections, Benjamin Netanyahu may finally lose power. But will he end up in prison? 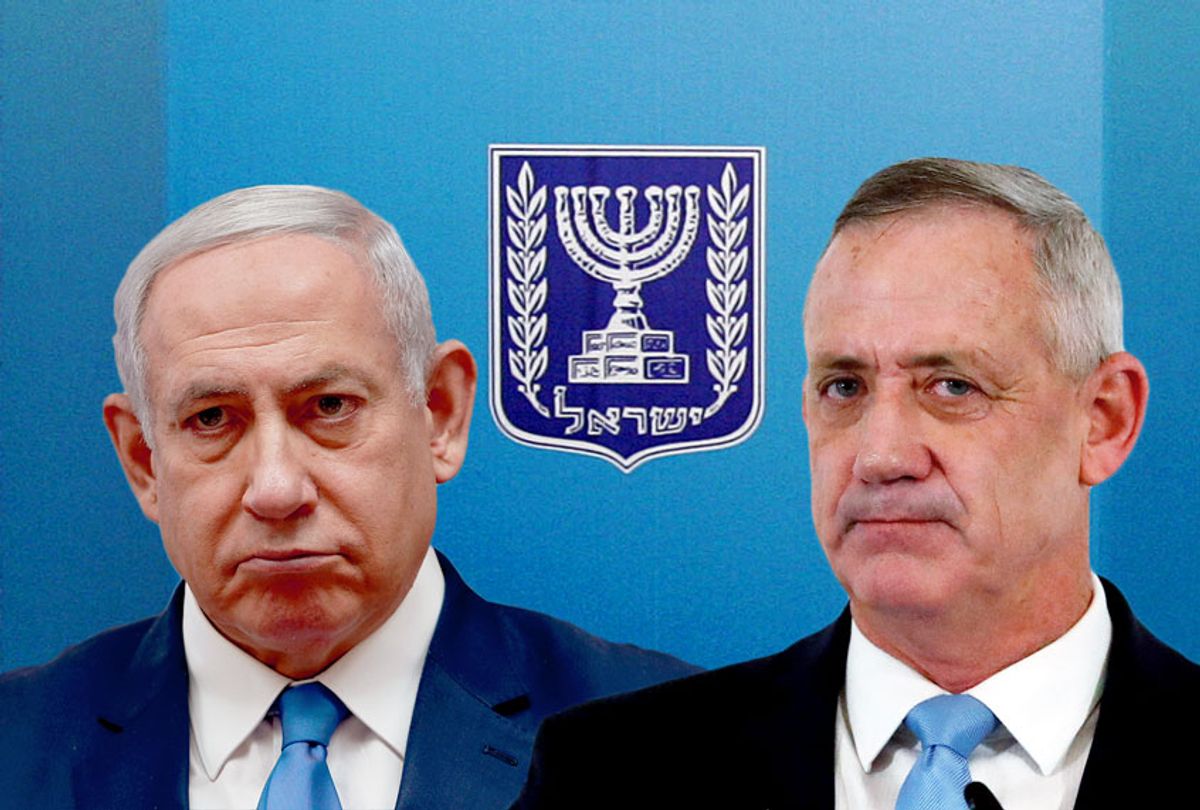 Israeli Prime Minister Benjamin Netanyahu has told President Reuven Rivlin he cannot form a governing coalition, and the country now faces continued chaos. This is likely to mean Netanyahu must surrender the prime minister's office, which he has held since 2009, as the Jerusalem Post reports. It could also mean the end of his political career, and potentially thrust him into legal difficulty.

Rivlin is legally required to give the governing mandate to Netanyahu’s principal opponent, Benny Gantz of the centrist Blue and White Party, who will now have 28 days to build a governing coalition of his own. If Gantz can't do so, any member of the Knesset (Israel's parliament) will have 21 days to form a government of their own. If that fails, Israel may face its third national election in less than a year.

Along with informing Rivlin that he could not form a coalition, Netanyahu released a video accusing Gantz of refusing to negotiate with him. He also launched racist attacks at Gantz’s coalition, saying that Blue and White cannot be trusted because its effort to form a government will be backed Knesset members from the Joint List, the parties representing Israeli Arabs.

“A minority government will be formed with the support of Joint List MKs [members of the Knesset] who encourage terror and oppose Israel’s existence,” Netanyahu said. “How can a minority government led by Gantz and supported by these MKs fight terror?”

In response, the Blue and White Party issued a statement saying, “The time for political spin is over, and now is the time for action. Blue and White is determined to create the liberal unity government led by Gantz that the people elected a month ago.” Gantz has said he will invite Netanyahu to join him a unity government with rotating prime ministers, but in which Gantz will come first.

This year has brought an unexpected political fall for Netanyahu. His party apparently won the election last April, with 65 seats in the 120-seat Knesset. But five of those members from ultra-Orthodox Jewish parties refused to support him over a dispute about whether ultra-Orthodox men were exempted from military service, which is mandatory for all Israelis. After a new election in September, the two main parties were virtually even: Gantz’s Blue and White party won 32 seats while Netanyahu’s Likud Party won 31, forcing both candidates to negotiate with smaller parties to create a governing coalition.

If Netanyahu is ousted as prime minister, he may lose his freedom as well as his political office. Prior to the April elections, Israeli Attorney General Avichai Mandelblit indicted Netanyahu on charges of fraud, bribery and breach of trust, prompting the prime minister to push for an immunity bill that would shield him from prosecution so long as he remains in office. As soon as he resigns his post, he will potentially be subject to prosecution.