"Stage Fright" showcases the comedian's goofy energy and insights into sex, her childhood, ghosts, and turtlenecks 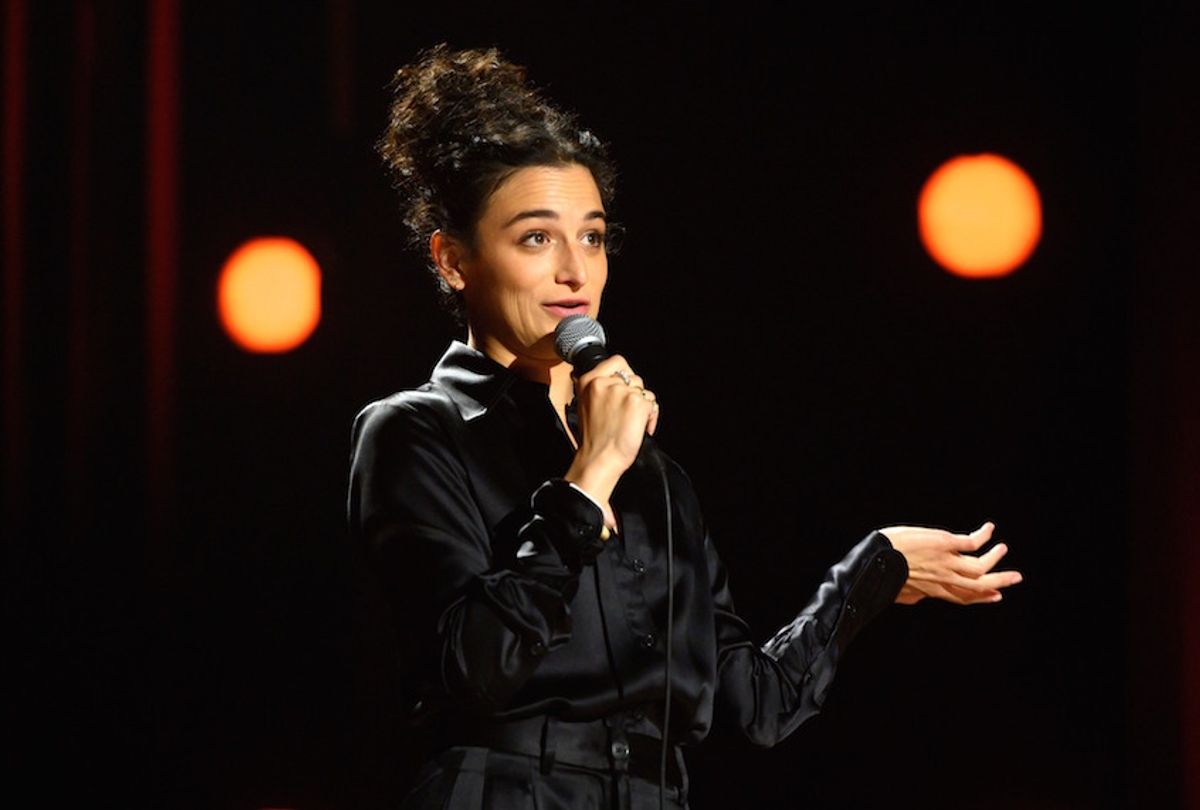 While most stand-up comedians spend their sets trying to be funny (because that is, of course, their one job) many shy away from being silly. Jenny Slate does not. In her new Netflix special, “Stage Fright,” she high-kicks. She emits piercing squeals and slips into that weird baby voice some people do when they’re trying to be sexy. She dances, arms undulating and tongue flicking. This is how, she explains, a Dickensian ghost would dance — like the kind that apparently haunted her childhood home.

“Stage Fright” is especially fulfilling for people who are already fans of Slate. She’s carved out a pretty devoted following as part of an in-crowd of fellow unabashedly awkward women like Ilana Glazer, Abbi Jacobson, Maya Erskine, and Quinta Brunson. That irreverent and lightly raunchy, personality — and Slate's ability to laugh at herself — is on full display in projects like “Obvious Child” and “Landline” (both directed by Gillian Robespierre, who directed this special as well) and even bleeds into her voicing of the character Missy from the animated series “Big Mouth.”

Particularly devoted fans may remember her short stint on “Saturday Night Live” in 2009. In a 2017 interview with Sam Jones, Slate spoke candidly about the after-effects of getting fired from the show.“I was so humiliated in every way,” she said. “And I thought that everybody cared. I couldn’t get over it. I was too sensitive and when I got up on stage I just felt like everybody hates me.”

It led to ongoing bouts of severe stage fright, which makes the title of this special a deliciously subversive move; knowing this background also turns some of the rough patches in “Stage Fright” into authentic moments where you are truly rooting for Slate to keep it on track, much in the way that you would if you were watching a dear friend try out new material on stage.

Put another way, Slate so excels in engendering this kind of familiarity that it’s easy to forgive the enthusiastic, if aimless, first 10 minutes of the special before she even introduces herself. One of the ways she does this is by intercutting home video and interviews with family members throughout the hour, much like Gary Gulman’s recent special “The Great Depresh.”

Although this tactic dampens and changes the energy just a bit – especially a bizarre but intriguing section about growing up in a house haunted by ghosts – her stellar ability to craft visuals through her storytelling immediately brings things back to life. Some of these moments are fully immersive. Slate offers a particularly striking image about halfway through the special when describing how, as a child, she had to make her way to her parents' bedroom at night after she had a nightmare. The bedroom seemed as if it was filled with mist, and the bed looked like a coffin. Her mother wore a “turtleneck with a padlock on it” while her father slept “100 percent nude on top of the covers, wearing only a CPAP machine.”

Meanwhile, sometimes all Slate needs is a single line, like when she describes “Stage Fright” as a “weird, late-in-life bat mitzvah,” while then describing herself as “a turtleneck as a person” (yes, there is a lot of turtleneck content in this special, and I’m here for all of it).