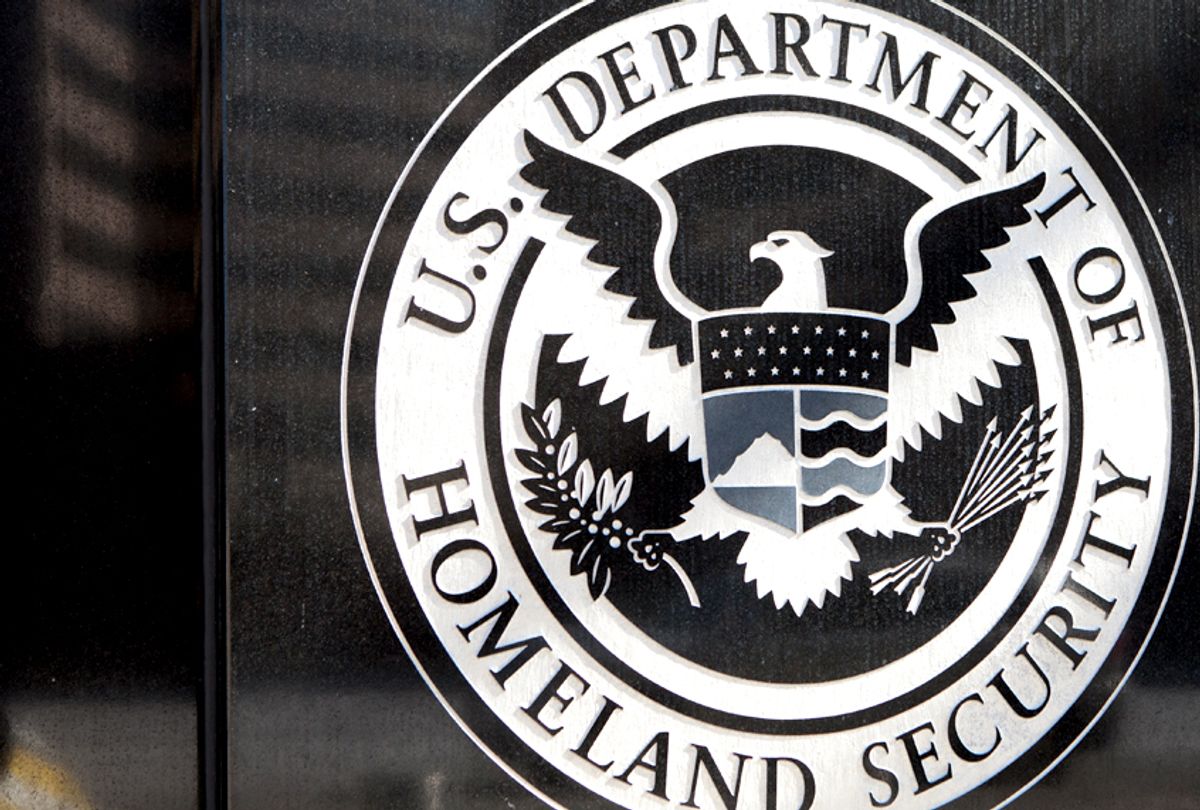 Two of President Donald Trump’s candidates favored to lead the Department of Homeland Security (DHS) are ineligible to succeed Kevin McAleenan, the outgoing acting secretary, leaving the commander-in-chief with few choices from whom to fill the Cabinet-level position.

Sean Doocey, the White House personnel director, informed Trump that Mark Morgan, the acting chief of U.S. Customs and Border Protection, and Ken Cuccinelli, the acting head of U.S. Citizenship and Immigration Services (USCIS), are both ineligible to succeed McAleenan, because they had not served at least 90 days under Kirstjen Nielsen, who was the last Homeland Security secretary approved by the Senate, as required by the Vacancies Act, the Wall Street Journal reported.

In a move to replace the department’s leaders with immigration hardliners, Trump appointed McAleenan to replace Nielsen in April. Many of his choices were installed in an acting capacity, leaving the president with few individuals within the department who can legally backfill the job. McAleenan nnounced his resignation earlier this month.

Cuccinelli, who was appointed to head USCIS in June, was widely considered the favorite to replace McAleenan. He previously served as the attorney general of Virginia, where he pushed numerous anti-immigration measures in the southern state's Senate. Shortly after his appointment, Cuccinelli suggested that the poem on the Statue of Liberty welcoming immigrants referred only to “people from Europe.”

But Cuccinelli would have needed to be confirmed by the Senate to another position, worked at DHS for at least 90 days prior to Nielsen’s ouster or served as a “first assistant” to the secretary in order to be eligible to take over for McAleenan.

Cuccinelli did not serve under Nielsen. “He hasn't been confirmed by the Senate, which knocks out the second possibility," University of Texas law professor Steve Vladeck told CNN. "And he wasn't at DHS for any time before Secretary Nielsen resigned, let alone 90 of the 365 days preceding her departure. That ought to be the end of it."

Morgan, who previously served as Trump’s acting Immigration and Customs Enforcement director, is also ineligible to serve. He rejoined the administration after Nielsen’s departure.

Trump could ignore the legal advice he has been given and attempt to appoint Cuccinelli or Morgan, but such a move would likely face an immediate challenge in federal courts. Trump could also officially nominate one of the two men to the position, though he has increasingly named officials in an acting capacity in order to avoid potentially contentious confirmation fights.

“I think he would look at either of them as more of a permanent nominee than as an acting person,” one White House official told Politico. “I don’t think the goal would be to have another long-term acting. It would be to have somebody acting while the nominee’s confirmed.”

But Politico reports that those around the president expect Trump to appoint a secretary on a “temporary” basis, because it would be difficult to confirm one of his choices even with a Republican-controlled Senate. Senate Majority Leader Mitch McConnell has long-running beef with Cuccinelli, who endorsed his challenger in a 2014 primary run. Trump has already ousted four Homeland Security secretaries in just three years in office. All three top positions at the department are filled by officials serving in an acting capacity, as well.

The next person in line to succeed McAleenan would be David Pekoske, who was confirmed as the administrator of the Transportation Security Administration yet is serving as acting deputy secretary under McAleenan. But Pekoske has resisted consideration for the top job, the New York Times. Another possible choice is Chad Wolf, the assistant secretary of DHS, but some White House aides are resisting his appointment as they reportedly "believe he would be too lenient on immigration policy."

Describing Wolf as a former lobbyist who advocated for “cheap foreign tech workers,” some administration officials told Politico they would resign if he was appointed. Wolf previously represented a group of companies fighting to keep the H-1B visa program for foreign workers, which Trump has criticized as a “cheap labor” program.

A former DHS official told Politico the administration considers anyone to the left of anti-immigration hardliner Stephen Miller, a senior adviser to Trump, as not conservative enough.

“It’s a bizarre dynamic that these so-called hawks label anybody other than Stephen Miller as soft on immigration,“ the official said.

Former officials also questioned if Trump was even considering any DHS responsibilities not related to immigration, such as combatting terrorism.

“If what the president is looking for is someone who sounds like him, then not only are you not going to get good policy and implementation, but you may be shortchanging the many things DHS. should be doing,” Cecilia Munoz, who served as director of the White House Domestic Policy Council under former President Barack Obama, told The Times. “What makes it an impossible job is the president doesn’t understand what the job involves and what authorities the position has.”