With far less cash than Sanders, Warren or Buttigieg, Biden's backers want him to break his super-PAC vow 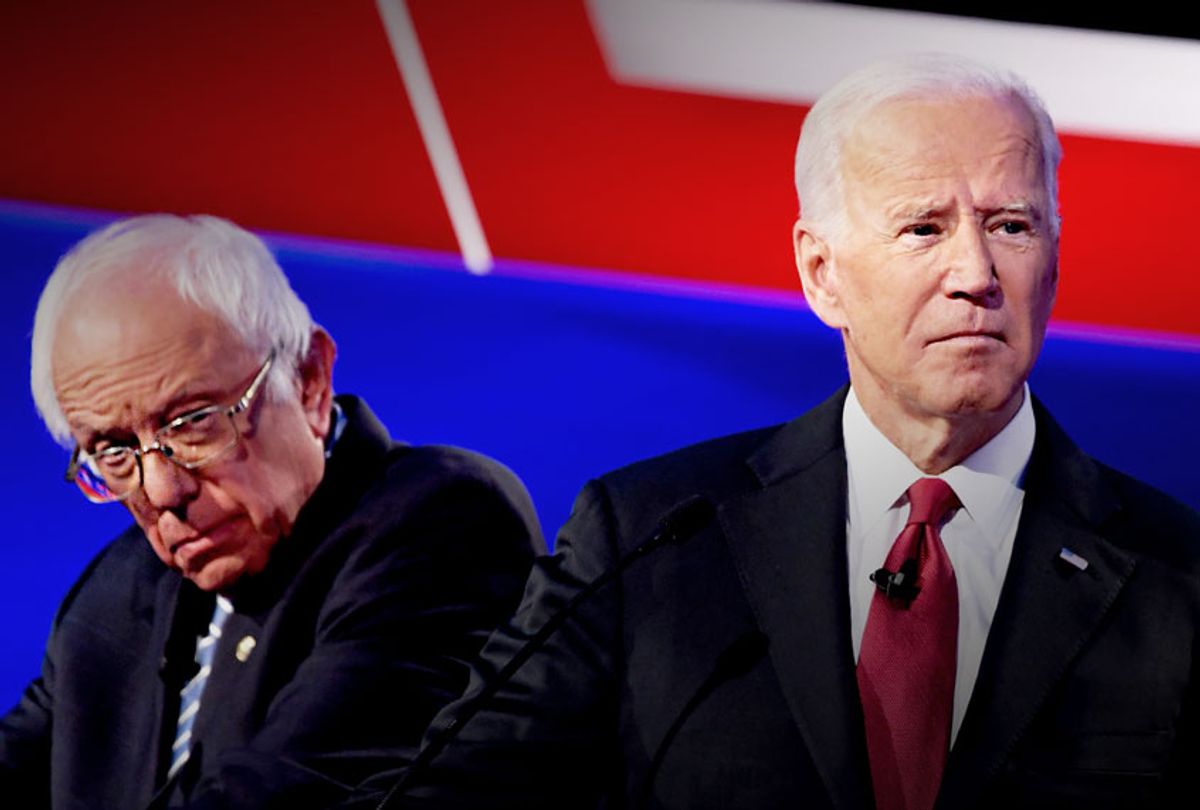 Reporting on Thursday morning by CNN that allies of Joe Biden's bid for the 2020 Democratic presidential nomination are pushing for the creation of a new super PAC to promote his candidacy prompted a cutting response from the Bernie Sanders campaign, which is funded almost entirely by small-dollar donors.

"Let's be clear," Sanders campaign manager Faiz Shakir said in a statement Thursday, "super PACs exist for one reason and one reason only: to help billionaires and corporations bankroll a presidential campaign with unlimited amounts of money, in exchange for favors."

Shakir called for Biden and all the Democrats in the primary to reject super PACs.

"Every Democratic candidate should forcefully reject any help from super PACs," said Shakir, "and they should tell their supporters and surrogates to stop engaging with super PACs that aim to buy elections and undermine our democracy."

As numbers from the third quarter show, Biden has struggled to raise money in recent months and has less than $9 million cash on hand — an amount dwarfed by Sanders' $33.7 million war chest. That deficit, reports CNN, has some of the former vice president's supporters looking to start a super PAC to prop up the campaign, despite Biden's pledge not to work with such a committee.

"Biden allies are pushing for a super PAC so that a few millionaires and billionaires can have MORE influence in the Democratic primary," tweeted journalist Krystal Ball.

According to CNN, 38% of Biden's support comes from maxed-out donors who have already hit the legal limit on donations to help the former vice president's campaign.

The news outlet broke down the numbers:

More than $14 million of the $37.6 million Biden collected from individual contributors through the end of September came from donors who gave $2,800 or more to his bid for his party's presidential nomination, according to a tally provided to CNN by the nonpartisan Campaign Finance Institute, which examines money in politics.

By comparison, just 3% and 5% of the money raised by Sanders and Warren, respectively, came from donors who donated at least $2,800 — the maximum an individual can donate to a candidate for a primary election.

In a comment to CNN, Biden deputy campaign manager Pete Kavanaugh put a sunny spin on the funding, claiming that the Biden campaign relatively limited cash on hand was part of the plan and saying that Biden's team has "more than enough resources" to compete in Iowa and New Hampshire, the first two states in the 2020 primary campaign.

"There's not going to be any changes in the plans because this is where we planned to be," said Kavanaugh.

Shakir, in his statement, said that Biden's inability to raise money was one of his own making and his own message.

"Joe Biden has spent his campaign promising elite donors that nothing will fundamentally change for them, and he has made clear to fossil fuel and pharmaceutical donors that he will be their ally," said Shakir. "As a result, he has had trouble generating significant grassroots support from Americans who are getting crushed by those same big donors — and so his supporters are suddenly begging for help from super PACs, even though they are vehicles for the kind of corporate corruption that Democrats should be fighting to stop."

Sanders speechwriter David Sirota wrote in his "Bern After Reading" newsletter Thursday that the fundraising news was more evidence of the divide between Democrats like Biden and the party's progressive wing, led by Sanders.

"Bernie's campaign is 100% grassroots funded, and he has made explicitly clear that he rejects any and all support from super PACs," wrote Sirota.