Popeyes announced on Monday that it will re-release its chicken sandwich on Sunday, when Chick-fil-A is closed 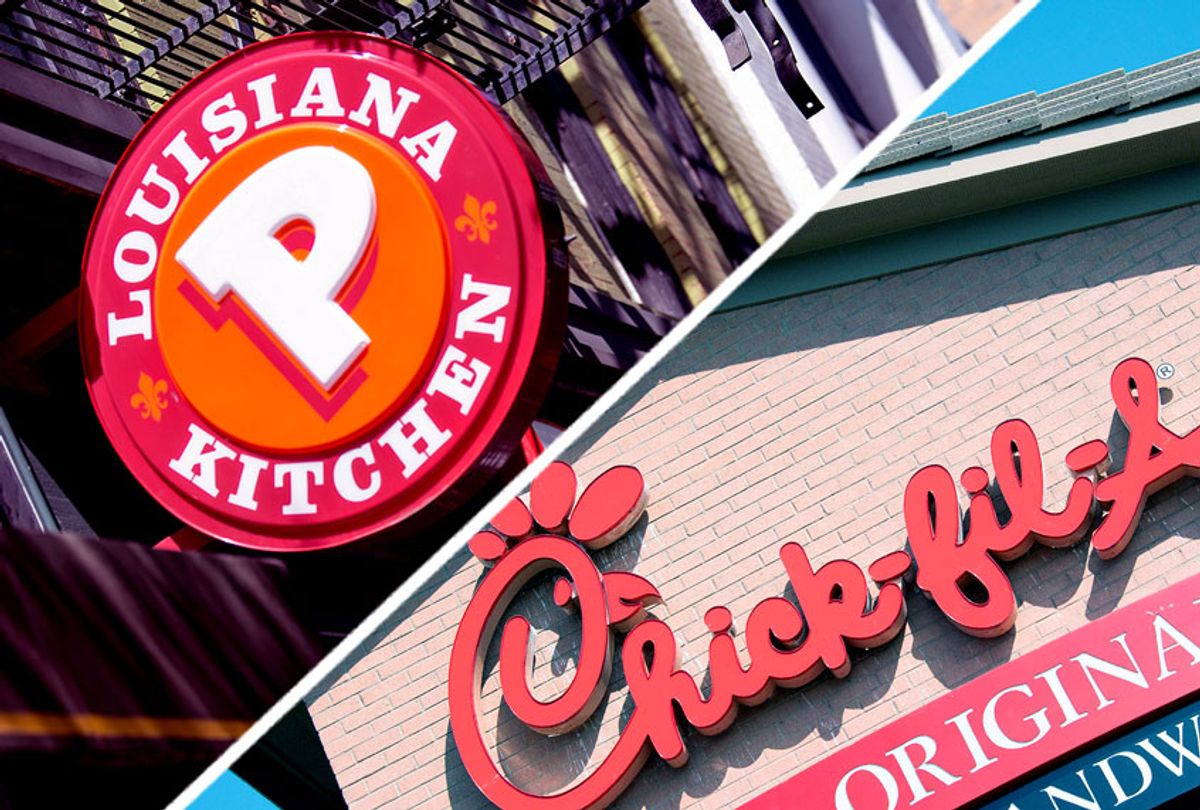 Popeyes is trolling Chick-fil-A, its chicken-based fast food competitor with notoriously hateful views on LGBT rights, by re-releasing its popular chicken sandwich on a Sunday, the day its competitor is closed.

"Y’all…the sandwich is back Sunday, November 3rd. Then every day," Popeyes tweeted on Monday morning. The tweet included a video that showed a Popeyes sign next to a Chick-fil-A with two messages juxtaposed: Chick-fil-A saying it is "Closed Sunday" and Popeyes saying it is "Open Sunday." The Popeyes sandwich's popularity led to explosive sales for the most recent fiscal quarter, with the company having one of its best quarters in 20 years, according to Bloomberg.

On its website, Chick-fil-A explains that it is closed on Sundays for religious reasons.

"Our founder, Truett Cathy, made the decision to close on Sundays in 1946 when he opened his first restaurant in Hapeville, Georgia," the website explains. "Having worked seven days a week in restaurants open 24 hours, Truett saw the importance of closing on Sundays so that he and his employees could set aside one day to rest and worship if they choose - a practice we uphold today."

Because of the high demand for their new chicken sandwich, Popeyes' supply ran out within a few weeks. This caused two high profile incidents involving the sandwich: One involved a Tennessee man named Craig Barr who sought $5,000 in damages after his local Popeyes had sold out of the item. He claimed he was the victim of "deceptive business practices by entity to public" and "false advertising." He further claimed that he had been "hustled out of $25" because of misleading advice from the friend of a man on Craigslist about how to obtain the sandwiches and that he suffered rim and tire damage totaling $1,500 while driving from location to location in order to purchase one.

Another incident in September occurred when three men and two women stormed into their local Popeyes with a gun after they were told at the drive-thru that the restaurant had run out of sandwiches. A franchise employee locked them out, and they eventually fled the scene in a blue SUV. They had left a baby in their car while attempting to forcibly acquire a Popeyes chicken sandwich.

Salon's managing editor Joseph Neese explained the deeper cultural implications of the Popeyes/Chick-fil-A rivalry in an August essay on the subject.

"Chick-fil-A has since emerged as a culinary symbol of the culture wars between the religious right and progressives, even after the 2015 SCOTUS ruling on Obergefell v. Hodges. Texas, one of the deepest red states in the country, passed a religious freedom bill known as the 'Save Chick-fil-A Bill,'" Neese wrote. "The cast of 'Fox & Friends' literally threw Chick-fil-A chicken sandwiches at audience members during their first live show. President Donald Trump dished them out during his much-criticized fast food feast for athletes visiting the White House. Make no mistake, those moves have nothing to do with the taste of the sandwiches: It's an in-your-face punch of religious bigotry."

Neese also broke down the various ways in which the Popeyes chicken sandwich is superior in taste to its Chick-fil-A counterpart, including in taste, texture, and the ability to eat the sandwich with ease.