Meanwhile, a Tennessee man is seeking $5,000 in damages after his local Popeyes sold out of the hit menu item 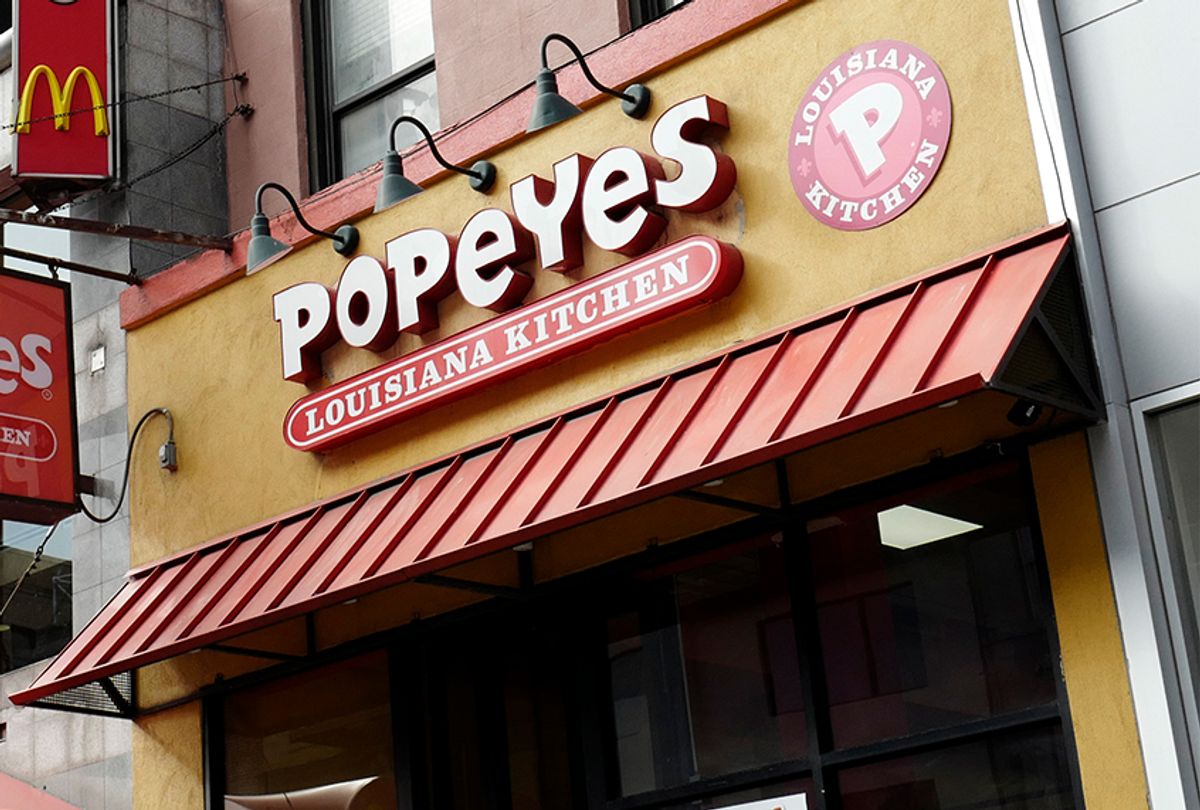 A national shortage of the in-demand chicken sandwiches recently added to Popeyes' menu have driven Americans to the edge, prompting at least one lawsuit and an incident where a gun was drawn.

The lawsuit, according to NBC News, has been filed by a Tennessee man named Craig Barr, who is seeking $5,000 in damages after his local Popeyes sold out of the hit menu item. Barr's suit accuses the franchise of "deceptive business practices by entity to public" and "false advertising," and his court documents also allege that he was "hustled out of $25" by the friend of a man who claimed on Craigslist that he could obtain chicken sandwiches, which were allegedly hidden by the restaurant.

Barr claimed that he suffered rim and tire damage totaling $1,500 from driving to different locations and was humiliated in front of his friends, who mocked him for his plight. It remains unclear whether Barr's lawsuit is intended in good faith or as part of an attention-seeking stunt of some sort.

More serious was an incident Monday night in Houston, in which a local Popeyes restaurant was swarmed by a group of armed customers after who were told that the chicken sandwiches were not available. According to the city's local ABC News affiliate, police were called to the restaurant just after 9 p.m. local time after employees alleged that three men, two women and a baby who were told at the drive-thru that the restaurant was out of the sandwiches took matters into their own hands. Leaving the baby inside their vehicle, the group then allegedly attempted to storm into the restaurant with one of the men brandishing a gun. An employee at the franchise was able to lock them out, eventually causing the group to leave in a blue SUV. While no one was injured, the criminals have not yet been apprehended.

"It was more of an aggravated assault because he was displaying a weapon and threatened employees," Lt. Larry Crowson with Houston Police told ABC News 13.

There is an ongoing rivalry between Popeyes and Chick-fil-A, a fast food chain notorious for using its money to promote a number of hateful anti-LGBT groups. These include, according to Vox, "a $1.1 million gift to the Marriage & Family Foundation, a group that promoted so-called traditional marriage and opposed both gay marriage and divorce; $480,000 to the Fellowship of Christian Athletes, an athletic organization that requires applicants to agree to a “sexual purity statement” that condemns LGBTQ people for living “impure lifestyle[s]”; and $1,000 to Exodus International, a group that promotes anti-gay conversion therapy."

As Salon's managing editor Joseph Neese recently wrote, "Chick-fil-A has since emerged as a culinary symbol of the culture wars between the religious right and progressives, even after the 2015 SCOTUS ruling on Obergefell v. Hodges. Texas, one of the deepest red states in the country, passed a religious freedom bill known as the 'Save Chick-fil-A Bill.' The cast of 'Fox & Friends' literally threw Chick-fil-A chicken sandwiches at audience members during their first live show. President Donald Trump dished them out during his much-criticized fast food feast for athletes visiting the White House. Make no mistake, those moves have nothing to do with the taste of the sandwiches: It's an in-your-face punch of religious bigotry."