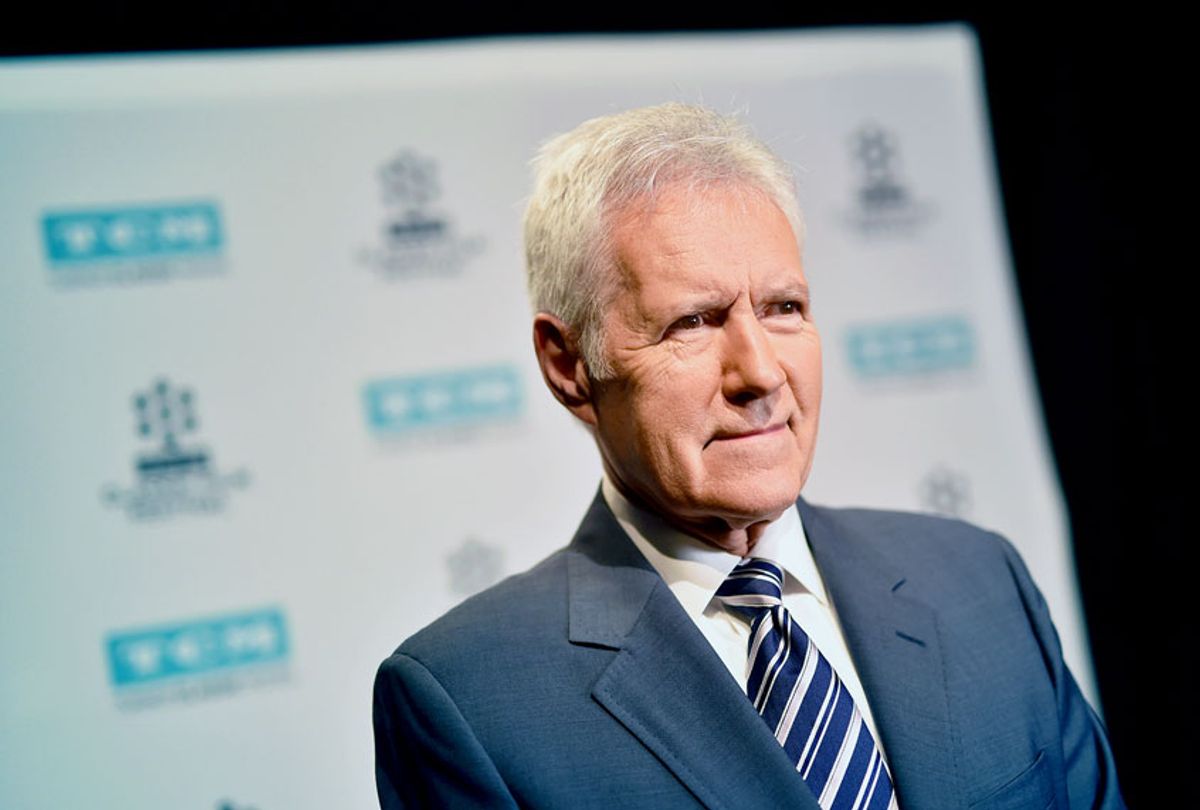 TV personality Alex Trebek attends the screening of 'The Bridge on The River Kwai' during the 2017 TCM Classic Film Festival on April 7, 2017 in Los Angeles, California. (Emma McIntyre/Getty Images for TCM)
--

“Jeopardy!” host Alex Trebek says that he wishes he “had known sooner” about the symptoms of pancreatic cancer so that he could have started combating his ailment at an earlier time.

In an international public service announcement (PSA) for World Pancreatic Cancer Day on Oct. 30, Trebek says that pancreatic cancer is "the only major cancer with a five-year survival rate in the single digits." At another point in the video, he shows vulnerability when explaining how he failed to realize the seriousness of some of the early symptoms that he experienced.

"I wish I had known sooner that the persistent stomach pain I experienced before my diagnosis was a symptom of pancreatic cancer," Trebek says. "Other common symptoms can include mid-back pain, unexplained weight loss, new onset diabetes, and the yellowing of the skin or eyes."

Trebek has been particularly frank and vulnerable about his cancer diagnosis, with the 79-year-old game show host announcing his Stage 4 diagnosis in March.

“The prognosis for this is not very encouraging, but I’m going to fight this, and I’m going to keep working,” Trebek told the audience at the time. “And with the love and support of my family and friends and with the help of your prayers, also, I plan to beat the low survival rate statistics for this disease.”

At one point in May, Trebek expressed optimism about his chances, saying that he had received “mind-bogglingly” good news because “the doctors said they hadn’t seen this kind of positive result in their memory . . . some of the tumors have already shrunk by more than 50 percent.” By September, however, Trebek said that his earlier assessment had been “a bit premature and over optimistic” and that he had to resume chemotherapy after unsuccessfully trying immunotherapy.

Earlier this month Trebek discussed his feelings about life and death with CTV’s chief anchor Lisa Laflamme while visiting Canada for a fundraiser at his alma mater, the University of Ottawa, for the Alex Trebek Forum for Dialogue at that school.

“There are weaknesses I feel in my body but I can always suck it up when it comes to tape the show,” Trebek told Laflamme, saying that he had noticed more difficulty in his enunciation and that the audience was at present forgiving for that.

“I’m not afraid of dying,” he added. “I’ve lived a good life, a full life, and I’m nearing the end of that life. If it happens, why should I be afraid of that?”

Since taking over the hosting duties of “Jeopardy” after the show was revived in 1984, Trebek has been an active philanthropist, including his aforementioned work for the University of Ottawa. In an interview with Salon in 2014, Trebek described himself as “a social liberal and a fiscal conservative,” adding that he believes in climate change and has “seen firsthand the effects of climate change, in trips to Antarctica and Mt. Kilimanjaro, both of which are showing huge changes due to global warming.”